The sun unleashed the most intense category of solar flare – a X-flare – on February 25 at 0057 UTC.

NASA’s Solar Dynamics Observatory (SDO) captured these images of the first moments of the solar flare in different wavelengths of light. 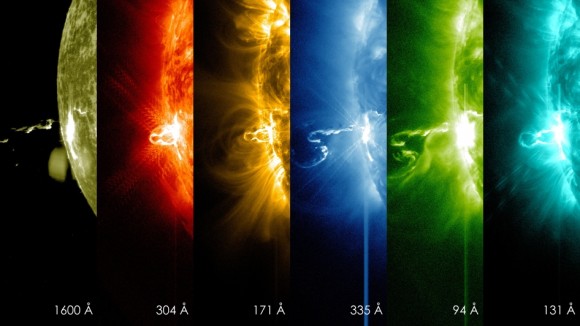 These SDO images from 7:25 p.m. EST on Feb. 24 show the first moments of this X-class flare in different wavelengths of light — seen as the bright spot that appears on the left limb of the sun. Hot solar material can be seen hovering above the active region in the sun’s atmosphere, the corona.View larger. | Image credit: NASA/SDO

The site of the flare is near the southeastern limb of the sun as seen from Earth. The flare was not released in Earth’s direction, and strong geomagnetic storms are not expected. According to Spaceweather.com: 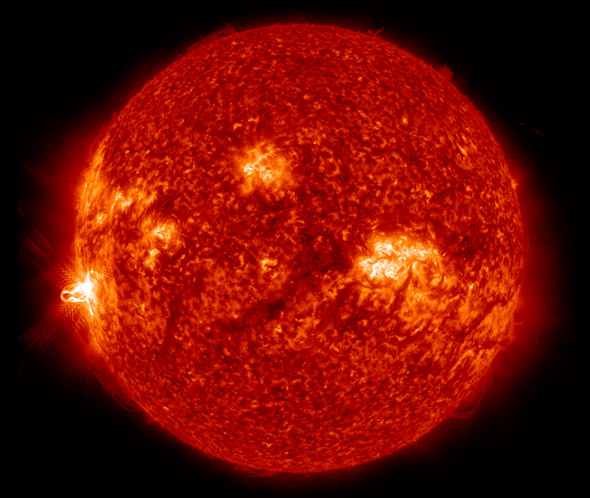 The sun released a powerful X-flare on February 25 at 0050 UTC. Look to the left side of sun, near the sun’s limb, for the flare. Image via NASA SDO 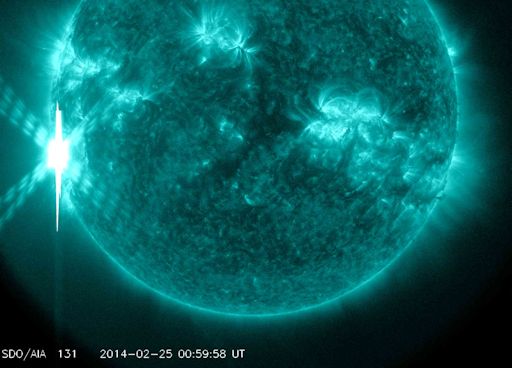 This is the third time this sunspot region has rotated on the sun’s surface into the view from Earth.

Bottom line: The sun unleashed the most intense category of solar flare – a X-flare – on February 25 at 0057 UTC.