Showing once again that we all live under one sky … the moon and Venus on December 22, 2014. 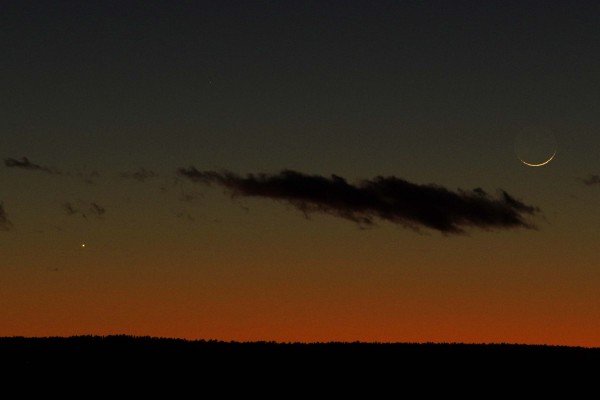 Here are the moon and Venus – December 22, 2014 – as seen from Flagstaff, Arizona. Photo by Jody Tanner. 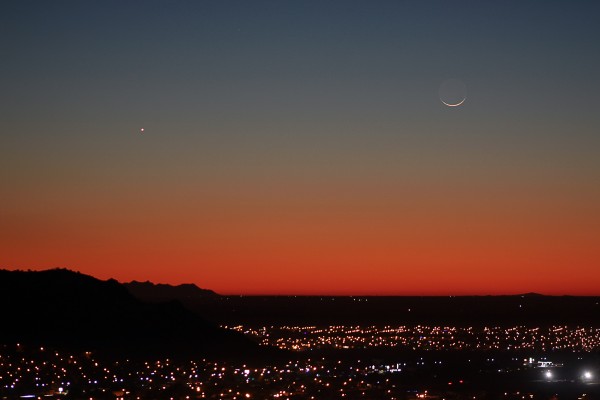 Hector Barrios caught the moon and Venus on December 22, 2014 from Hermosillo, Mexico. Thank you, Hector. 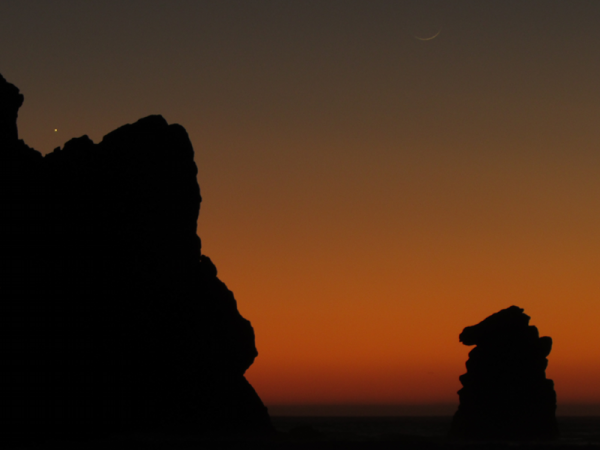 Venus above the rocks, moon in the upper right of photo, by Spencer Man, at Morro Bay, California. 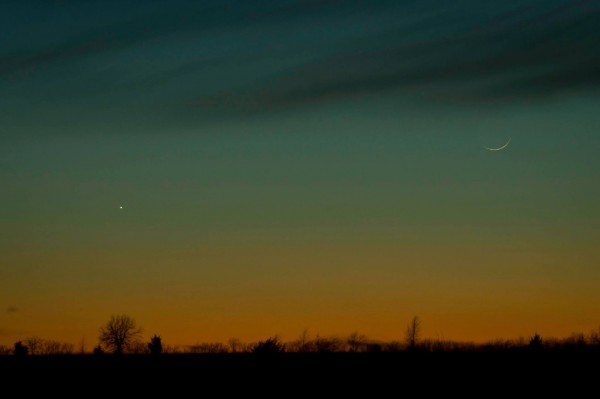 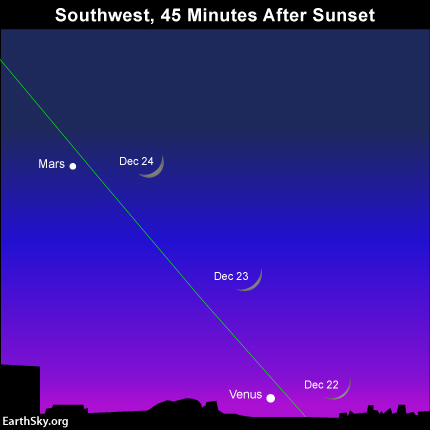 Let the waxing crescent moon guide you to Mars and Venus on December 22, December 23 and December 24. The green line depicts the ecliptic – sun’s annual path in front of the constellations of the Zodiac.