Sure, Halloween is over, but check out this witch! 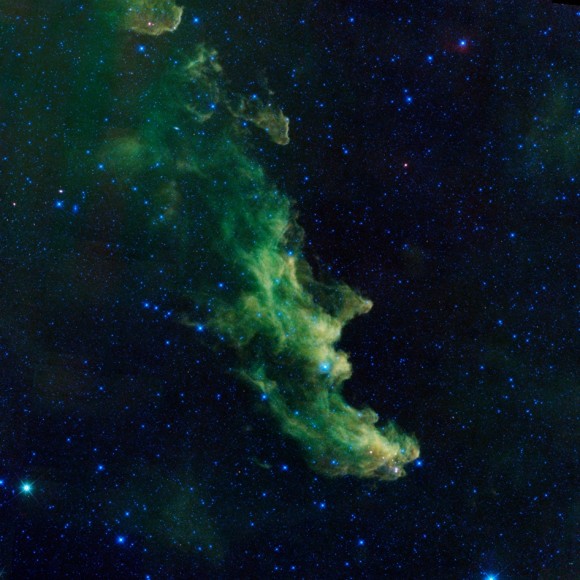 The Witch Head nebula is hundreds of light-years away in the Orion constellation, according to astronomers. Astronomers say the billowy clouds of the nebula, where baby stars are brewing, are being lit up by massive stars, Starlight is hitting the dust in the cloud, causing it to glow with infrared light. The infrared light was picked up by WISE’s detectors.

WISE was recently “awakened” to hunt for asteroids in a program called NEOWISE. The reactivation came after the spacecraft was put into hibernation in 2011 after it had completed two full scans of the sky.

The dramatic image was captured when WISE was recently “awakened” to hunt for asteroids in a new program called NEOWISE, they said.