The X at the center of the Milky Way

Computer models, and observations of our galaxy and others, suggested a Milky Way X, made of stars. An analysis of data from the WISE space telescope reveals it. 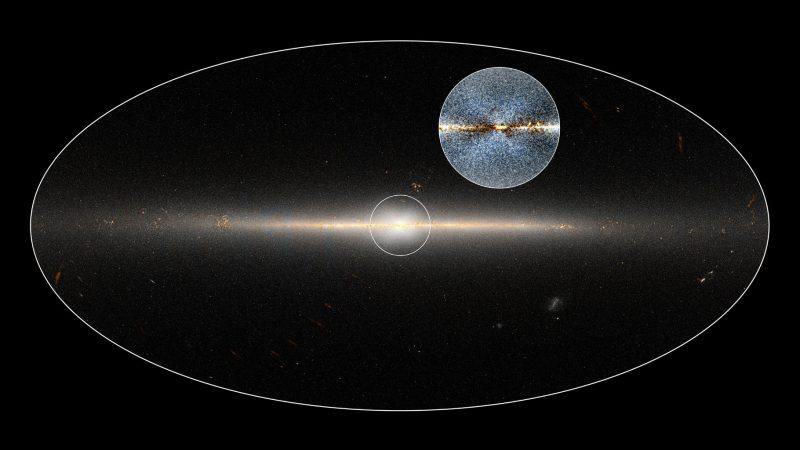 WISE all-sky image of Milky Way galaxy. The circle is centered on the galaxy’s central region. The inset shows an enhanced version of the same region that shows a clearer view of the X-shaped structure. Image via NASA/JPL-Caltech; D. Lang/Dunlap Institute.

Astronomers said earlier this week (July 19, 2016) that Twitter helped spark their work on an enormous X-shaped structure, made of stars, at the dead center of our home galaxy, the Milky Way. They say their work, which clearly reveals the X, comes from a re-analysis of data from the Wide-field Infrared Survey Explorer (WISE), a space telescope launched by NASA in 2009. Before ending its initial mission in 2011, WISE surveyed the entire sky in infrared; astronomers are still working with its data. A report on the new evidence for the Milky Way’s central X Way is published in the July issue of the Astronomical Journal.

Melissa Ness at the Max Planck Institute for Astronomy in Heidelberg collaborated with Dustin Lang at the Dunlap Institute for Astronomy & Astrophysics at University of Toronto on the new work. Lang was working with the WISE data to aid his research in mapping the web of galaxies beyond the Milky Way. To help explore the maps he’d developed from the WISE data, he created an interactive map-browsing website and tweeted an image of the entire sky.

Ness saw the tweet and immediately recognized the importance of the X-shaped structure. Lang said:

We arranged to meet at an upcoming conference we were both attending. The paper was born from that meeting. That’s the power of large surveys and open science!

Previous computer models, observations of other galaxies, and observations of our own galaxy had suggested that the X-shaped structure existed. But no one had observed it directly before Ness and Lang’s analysis of the WISE data. 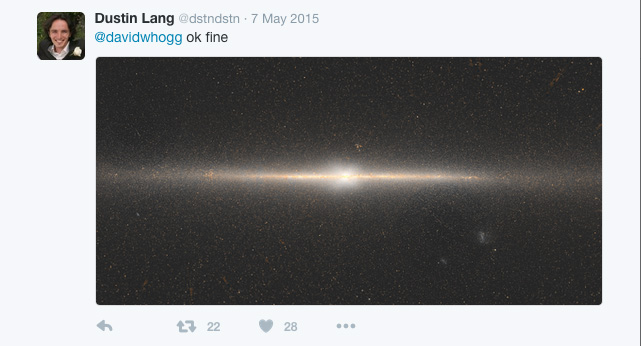 One of the original tweets showing the WISE map of the Milky Way galaxy. The X is visible in the center of the image. Image via D. Lang; Dunlap Institute.

The Milky Way galaxy is a barred spiral galaxy. It’s an enormous disk-shaped collection of dust, gas and billions of stars, 100,000 light-years in diameter. Ness and Lang’s statement said:

It is far from a simple disk structure, being comprised of two spiral arms, a bar-shaped feature that runs through its center, and a central bulge of stars.

The central bulge, like other barred galaxy’s bulges, resembles a rectangular box or peanut when viewed — as we view it — from within the plane of the galaxy.

The X-shaped structure is an integral component of the bulge. 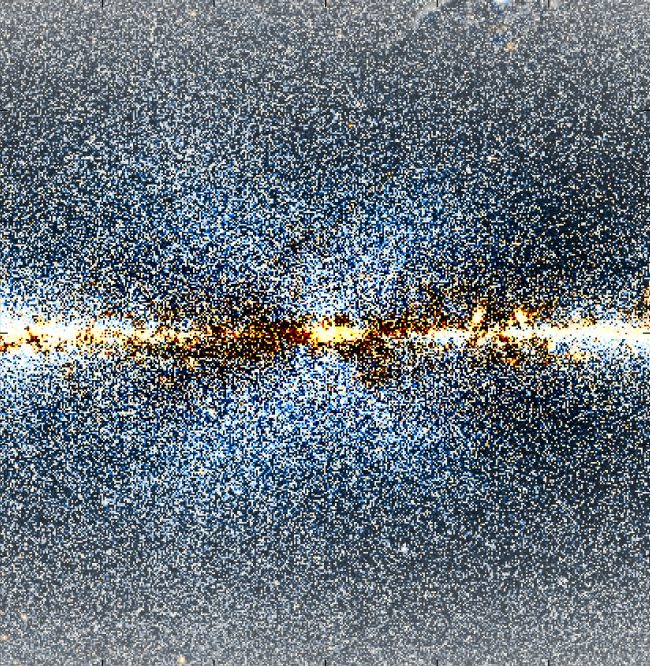 An enhanced, close-up view centered on the galaxy’s central bulge and the blue-tinted X. Image via D. Lang/ Dunlap Institute.

Astronomers have given two possible reasons for the existence of the bulge, saying it may have formed either externally, when our Milky Way galaxy merged with other galaxies, or internally as the Milky Way itself formed and evolved. Ness and Lang’s re-analysis of WISE data supports the latter model which predicts the box- or peanut-shaped bulge and the galactic X, forming as an outgrowth of the natural processes that created our Milky Way. Ness aid:

The bulge is a key signature of formation of the Milky Way galaxy. If we understand the bulge we will understand the key processes that have formed and shaped our galaxy.

It is also evidence that our galaxy did not experience major merging events since the bulge formed, these astronomers said. If it had, interactions with other galaxies would have disrupted its shape.

There was controversy about whether the X-shaped structure existed. But our paper gives a good view of the core of our own galaxy.

I think it has provided pretty good evidence for the existence of the X-shaped structure. 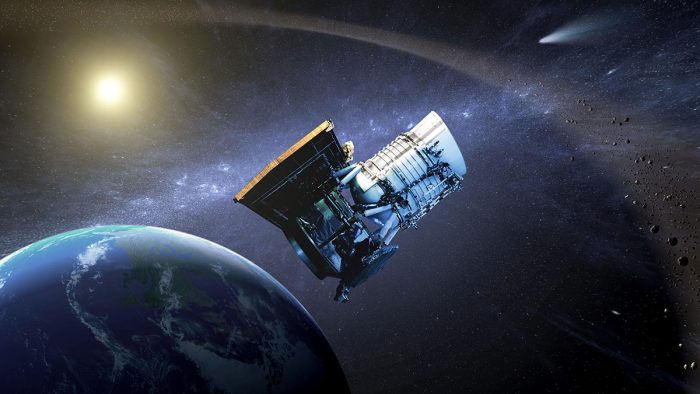 Bottom line: Astronomers have good evidence, from a re-analysis of data from the WISE space telescope, that there is an X-shaped structure at the center of our Milky Way galaxy.