Will you see your oldest moon yet before sunrise October 14?

You will have to be outdoors very early in the morning – within an hour of sunup. You’ll need a clear sky in the east, with no trees or tall buildings in the way.

What is an old moon? It’s the nickname for a moon that has waned to become a slim crescent visible in the east before dawn. The waning moon on the morning of October 14, 2012 might be your oldest moon yet. That is, it might be closer to the new moon phase than any moon you’ve seen so far. If you do spot it – in the east, very shortly before sunup – you’ll be glad you looked. An old moon is fragile and beautiful, with its illuminated portion just visible against a background of morning twilight. Set your alarm, and check out the old moon tomorrow!

Why is October 14 a good time to see an old moon? There are two reasons. First, the moon will be new, or most nearly between the Earth and sun for this month, on October 15 at 12:02 UTC. That’s October 15 at 7:02 a.m. CDT in the central United States, within an hour of sunrise in many places. 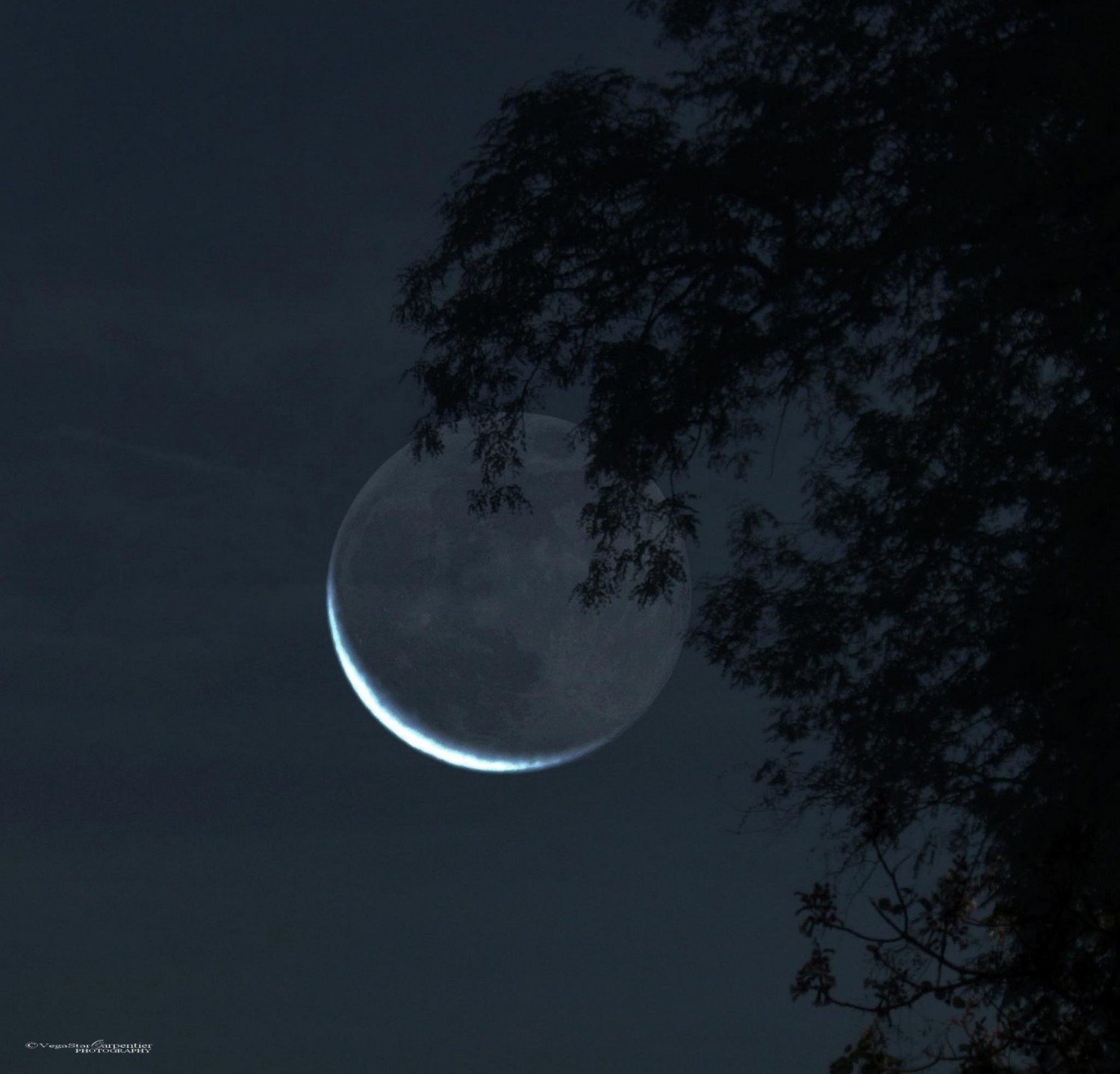 In other words, the moon as seen from the central U.S. tomorrow – October 14, 2012 – in the hour before dawn will be about 24 hours from new. It’s easy to spot a moon 24 hours from new, but you have to look for it! Again, east before dawn is the place to look. You’ll want a clear shot to the horizon in the eastern direction. The moon won’t be very high in the sky when the sun rises, so trees or tall buildings will obscure the moon from view.

That brings us to reason #2 that tomorrow is a good time to seek your oldest moon yet. At this time of year, as seen from the Northern Hemisphere, the ecliptic – or path of the sun, moon and planets – stands nearly perpendicular to the predawn horizon. That means that, from the Northern Hemisphere, this is the best time of year to see old moons because their distance from the sunrise is nearly all straight up above the sunrise, rather than to one side. 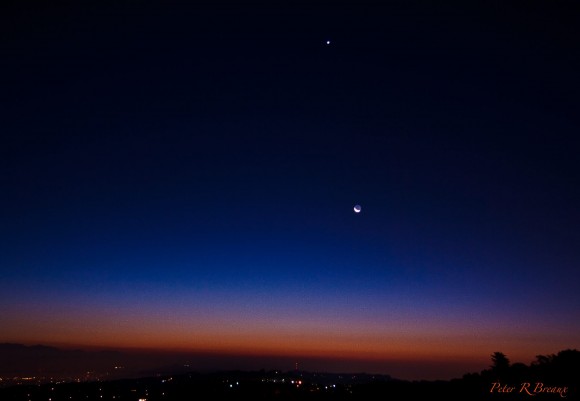 What will the old moon look like? You’ve seen crescent moons. They show only a thin portion of their lighted halves, a thin crescent, and the darkened portion of the moon glows faintly with earthshine. But it’s not likely you’ll see moon less than 20 hours from the new phase; it’s typically too thin and too close to the sun’s glare to see unless your sky conditions are perfect. But tomrrow’s moon is not less than 20 hours old (unless you’re on a boat somewhere in the Pacific Ocean). No matter where you live on the globe , the moon you’ll see tomorrow will just old enough to give you a fairly easy, but still magnificent view of an old moon. It might not set a record for oldest moon ever seen. But it might set your personal record for the oldest moon you’ve ever seen: your least illuminated crescent ever.

What’s the oldest moon anyone has ever seen? I don’t know the answer to this question. But I can tell you about young moons, which are thin crescent moons seen in the west after sunset. A reliable record for youngest moon belongs to Stephen James O’Meara who saw the young crescent with the unaided eye 15 hours and 32 minutes after new moon in May 1990.

What is the youngest moon you can see? 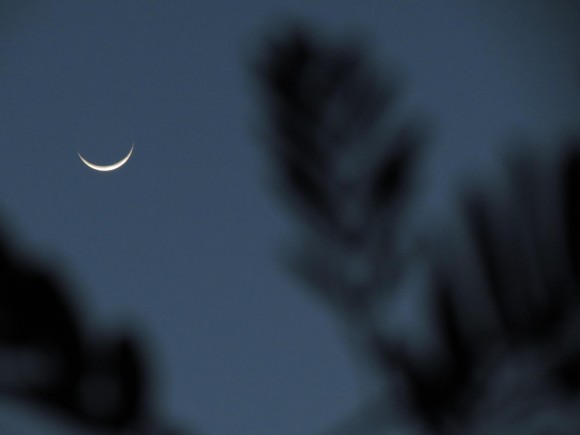 Old moon on October 13, 2012 from our friend Nipun Wickramasekara in Colombo, Sri Lanka.

Bottom line: For most of us around the world on October 14, 2012, the moon will be about a day away from the new phase, which comes on October 15. That means the moon will be a very fragile and beautiful crescent in the east before dawn. Watch for it! It might be the least illuminated moon you’ve ever seen. And, by the way, if you do see it, the bright object just above it is Venus!