Astronomers tinkering with ice and organics in the lab might have discovered why icy comets have hard, outer crusts. 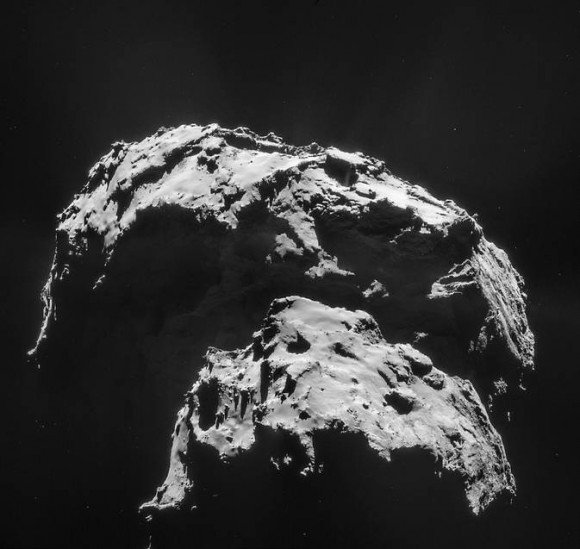 Comet 67P/Churyumov-Gerasimenko is seen here in an image captured by the Rosetta spacecraft. The mission’s Philae lander hit the surface with a big bounce, demonstrating the comet’s surface is hard. Image credit: ESA/Rosetta/NAVCAM

Researchers at NASA’s Jet Propulsion Laboratory (JPL) in Pasadena, California used an icebox-like instrument nicknamed Himalaya to demonstrate how fluffy ice on the surface of a comet would crystalize and harden as the comet heads toward the sun and warms up. 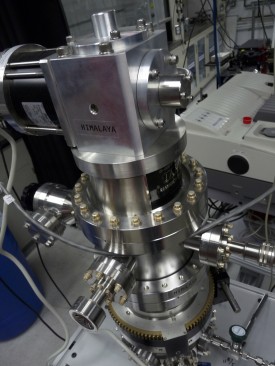 As the water-ice crystals form, becoming denser and more ordered, other molecules containing carbon would be expelled to the comet’s surface. The result is a crunchy comet crust sprinkled with organic dust.

JPL’s Murthy Gudipati is an author of the study that appeared in The Journal of Physical Chemistry in October, 2014. He said:

A comet is like deep fried ice cream. The crust is made of crystalline ice, while the interior is colder and more porous. The organics are like a final layer of chocolate on top.” 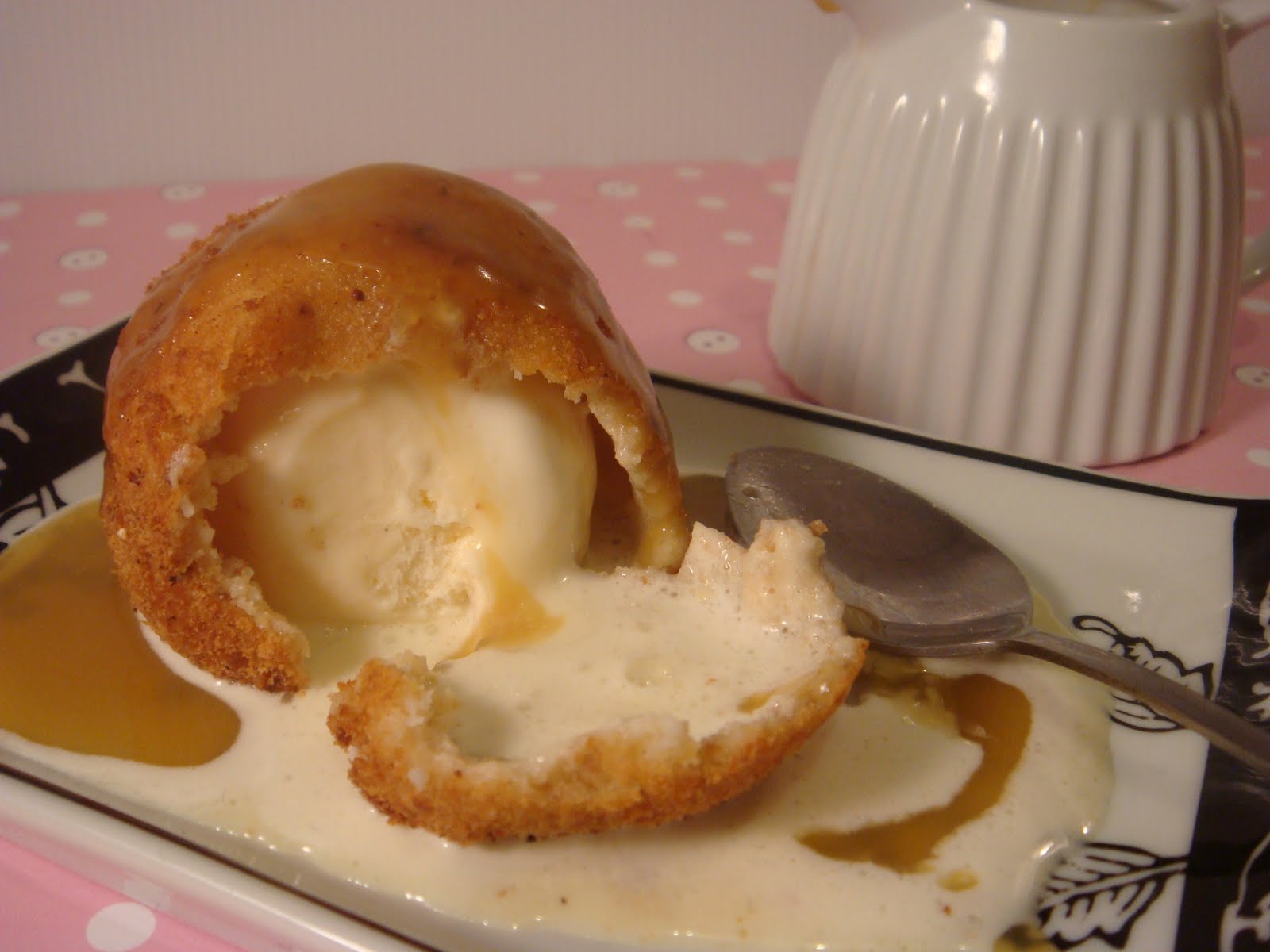 Deep fried ice cream: Hard on the outside, frozen on the inside.

Researchers already knew that comets have soft interiors and seemingly hard crusts. NASA’s Deep Impact and the European Space Agency’s Rosetta spacecraft both inspected comets up close, finding evidence of soft, porous interiors. Last November, Rosetta’s Philae probe bounced to a landing on the surface of 67P/Churyumov-Gerasimenko, confirming that comets have a hard surface. The black, soot-like coats of comets, made up of organic molecules and dust, had also been seen before by the Deep Impact mission.

But the exact composition of comet crust – and how it forms – remains unclear.

In the new study, researchers turned to labs on Earth to put together a model of crystallizing comet crust. The experiments began with amorphous, or porous, ice – the proposed composition of the chilliest of comets and icy moons. In this state, water vapor molecules are flash-frozen at extremely cold temperatures of around 30 Kelvin (minus 243 degrees Celsius, or minus 405 degrees Fahrenheit). Disorderly states are preserved: Water molecules are haphazardly mixed with other molecules, such as the organics, and remain frozen in that state. Amorphous ice is like cotton candy, explains Gudipati: light and fluffy and filled with pockets of space.

On Earth, all ice is in the crystalline form. It’s not cold enough to form amorphous ice on our planet. Even a handful of loose snow is in the crystalline form, but contains much smaller ice crystals than those in snowflakes.
Gudipati and Lignell used their Himalaya cryostat instrument to slowly warm their amorphous ice mixtures from 30 Kelvin to 150 Kelvin (minus 123 degrees Celsius, or minus 190 degrees Fahrenheit), mimicking conditions a comet would experience as it journeys toward the sun. The ice had been infused with a type of organics, called polycyclic aromatic hydrocarbons, or PAHs, which are seen everywhere in deep space.

The results came as a surprise.

The PAHs stuck together and were expelled from the ice host as it crystallized. With PAHs kicked out of the ice mixtures, the water molecules had room to link up and form the more tightly packed structures of crystalline ice. Gudipati said:

What we saw in the lab – a crystalline comet crust with organics on top – matches what has been suggested from observations in space. Deep fried ice cream is really the perfect analogy, because the interior of the comets should still be very cold and contain the more porous, amorphous ice.

The composition of comets is important to understanding how they might have delivered water and organics to our nascent, bubbling-hot Earth. New results from the Rosetta mission show that asteroids may have been the primary carriers of life’s ingredients; however, the debate is ongoing and comets may have played a role.

Bottom line: Researchers at NASA’s Jet Propulsion Laboratory (JPL) in Pasadena, California demonstrated how fluffy ice on the surface of a comet would crystalize and harden as the comet heads toward the sun and warms up. The result is a crunchy comet crust sprinkled with organic dust, like deep fried ice cream, the researchers said. The study that appeared in The Journal of Physical Chemistry in October, 2014.