When sounding rockets launch into auroras …

In late January, researchers launched sounding rockets into the northern lights. Great images and a video! 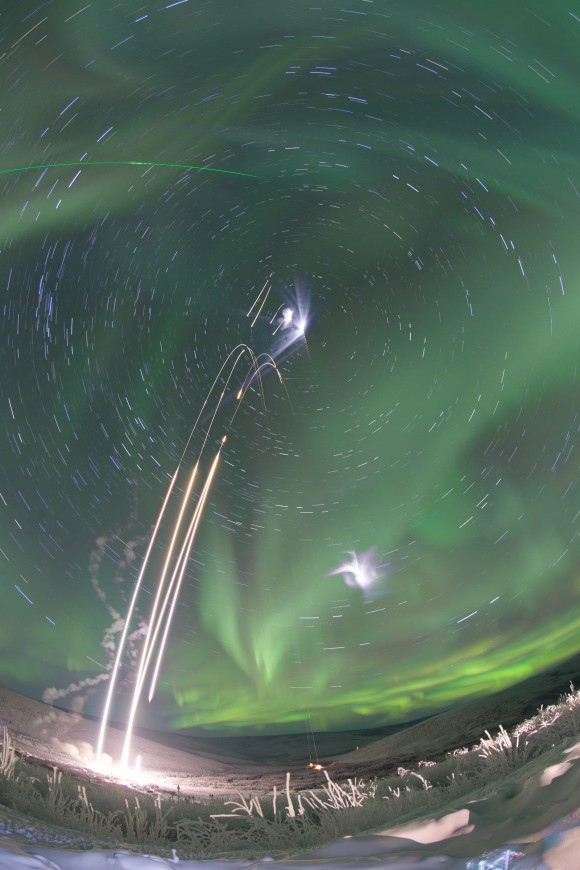 A composite shot of all four rockets for the M-TeX and MIST experiments is made up of 30 second exposures. The rocket salvo began at 4:13 a.m. EST, January 26, 2015, from the Poker Flat Research Range, Alaska. Image Credit: NASA/Jamie Adkins

A sounding rocket, sometimes called a research rocket, is an instrument-carrying rocket designed to take measurements and perform scientific experiments from about 50 to 1,500 kilometers (31 to 932 mi) above the surface of the Earth, an altitude between weather balloons and satellites.

Auroras – the northern and southern lights – are caused by the interaction of solar winds (variable streams of charged plasma from the sun) and Earth’s atmosphere. Researchers launched the rocket-borne experiments to learn more about how auroras heat the planet’s atmosphere.

All of the rocket-borne experiments were launched from Poker Flats, Alaska, a site often used by NASA for suborbital sounding rocket launches. 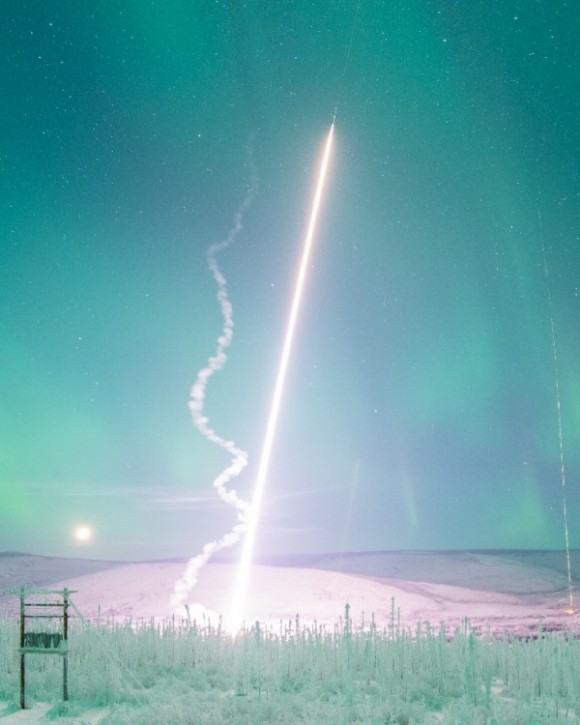 Taken by Jason Ahrns on January 26, 2015 at Chatanika, Alaska. Used with permission.

What a cool thing to see, except the temperature at the time was around -43ºF!

Two days later, on January 28, 2015, NASA-funded scientists launched a fifth rocket-borne experiment into the northern lights in order to learn more about how they heat the planet’s atmosphere.

The Auroral Spatial Structures Probe (ASSP) was launched at 5:41 a.m. on January 28 from the Poker Flat Research Range about 50 kilometers (30 miles) north of Fairbanks, Alaska. The research team captured the two time-lapse photos below of the Oriole IV sounding rocket and payload amidst the aurora borealis (top photo) and at the moment of liftoff (bottom photo).

The ASSP carried seven instruments to study the electromagnetic energy that can heat the thermosphere — the second highest layer of Earth’s atmosphere — during auroral events. 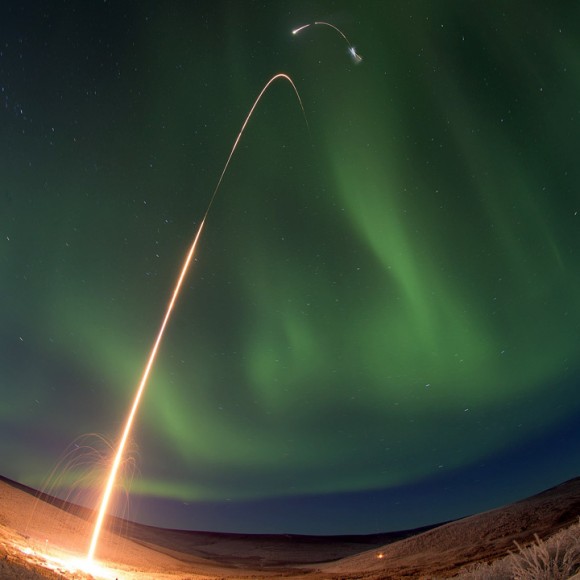 Time lapse photo of the NASA Oriole IV sounding rocket with Aural Spatial Structures Probe as an aurora dances over Alaska. All four stages of the rocket are visible in this image.Image credit: NASA/Jamie Adkins 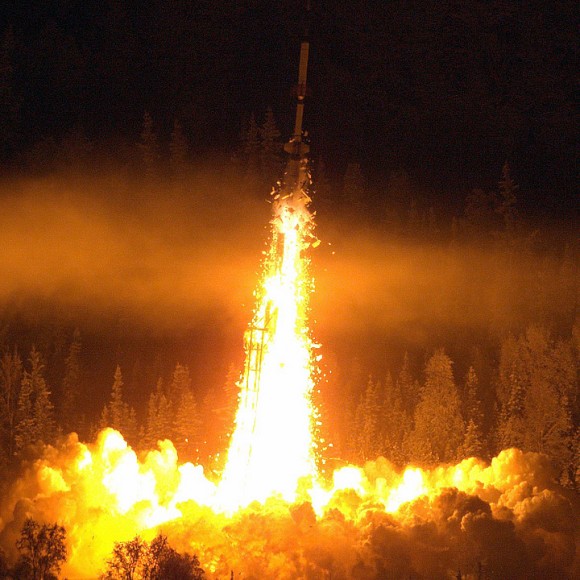