SpaceX Dragon is back on Earth 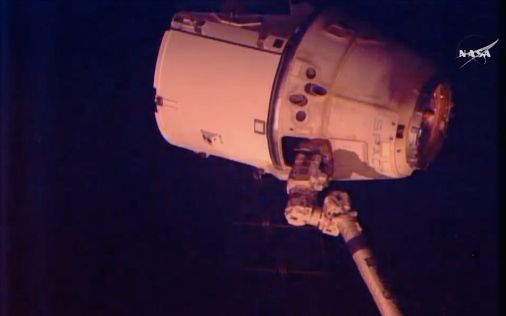 Dragon cargo craft moments before its release from ISS on May 21, 2015. Video still from NASA TV. 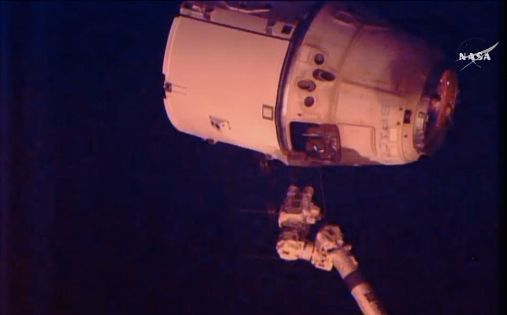 After delivering more than two tons of supplies and research to the International Space Station that will help prepare NASA astronauts and robotic explorers for future missions to Mars, the SpaceX Dragon cargo spacecraft successfully departed from the orbital laboratory on Thursday, May 21, 2015 at 7:04 a.m. EDT (1104 UTC). SpaceX confirmed splashdown of Dragon in Pacific Ocean at 12:42 pm ET (1642 UTC), 155 miles SW of Long Beach, California. The capsule is carrying more than 3,100 pounds of cargo, including some research experiment results. 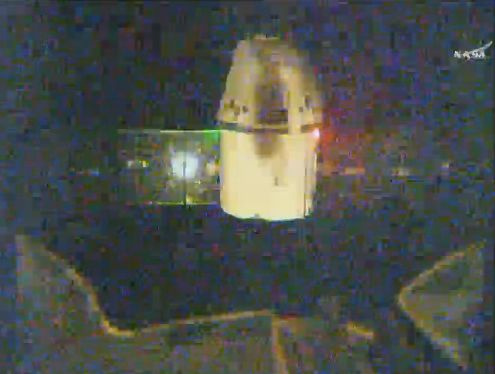 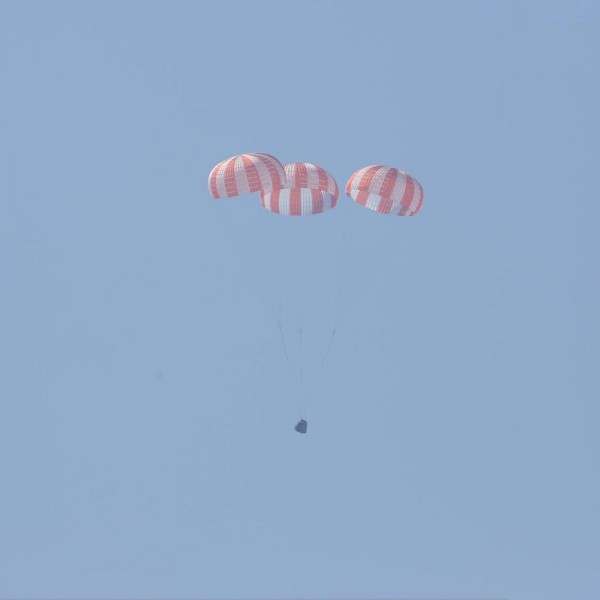 Minutes before splashdown in the Pacific. Photo via SpaceX.

The Dragon capsule, which arrived at the station April 17, will be detached from the Earth-facing side of the station’s Harmony module using the Canadarm 2 robotic arm, operated by ground controllers at NASA’s Johnson Space Center in Houston. NASA’s Mission Control Center maneuvered Dragon into place and Expedition 43 robotic arm operator Scott Kelly of NASA gave the command for its release.

See it! Best photos from last night of moon, Venus and Jupiter

The Dragon fired its thrusters three times to move to a safe distance from the station for its deorbit burn at approximately 11:49 a.m. This includes science samples from human research, biology and biotechnology studies, physical science investigations and education activities sponsored by NASA and the Center for the Advancement of Science in Space (CASIS), the nonprofit organization that manages research aboard the U.S. national laboratory portion of the space station.

The deorbit burn and splashdown will not be broadcast on NASA TV.

Dragon, the only space station resupply spacecraft able to return to Earth intact, launched April 14 on a SpaceX Falcon 9 rocket from the Cape Canaveral Air Force Station, Florida, for the company’s sixth NASA-contracted commercial resupply mission to the station. 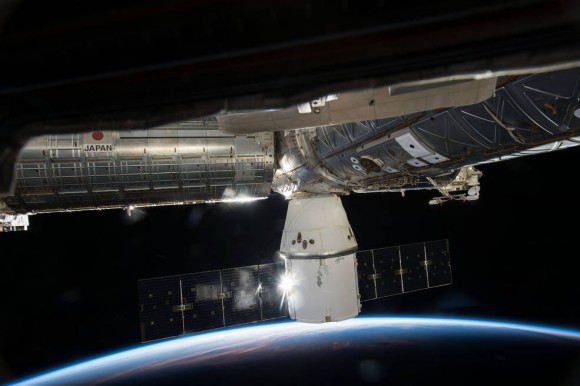 Bottom line: SpaceX Dragon successfully detached from the International Space Station this morning at 7:04 a.m. EDT (1104 UTC) and is now on its way back to Earth with more than 3,100 pounds of cargo.