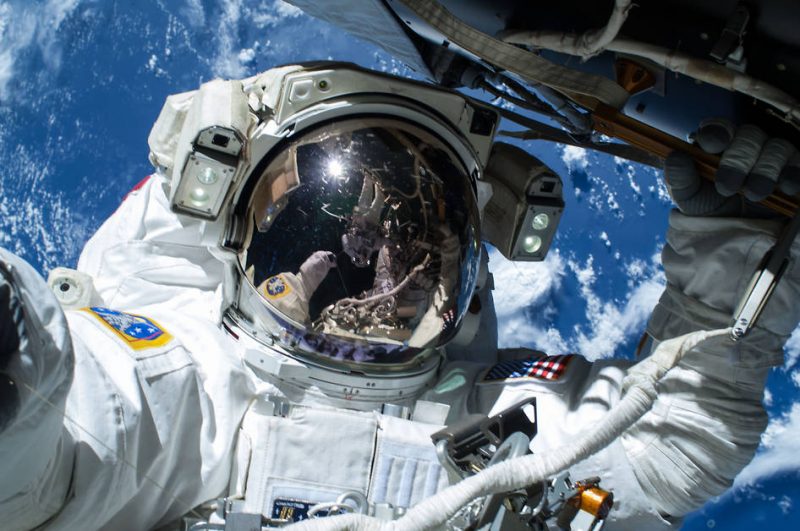 On Thursday, September 1, 2016, two NASA astronauts – Jeff Williams and Kate Rubins – will spacewalk outside the International Space Station (ISS) for the second time in less than two weeks. NASA TV will provide complete coverage beginning at 6:30 a.m. EDT (1030 UTC). The spacewalk is scheduled to begin about 8 a.m. EDT (1200 UTC) and last six and half hours. Translate to your timezone.

Here is what the astronauts will be doing during the spacewalk, according to a NASA statement:

Working on the port side of the orbiting complex’s backbone, or truss, Expedition 48 Commander Jeff Williams and Flight Engineer Kate Rubins of NASA will retract a thermal radiator that is part of the station’s cooling system. The radiator is a backup that had been deployed previously as part of an effort to fix an ammonia coolant leak. They’ll also tighten struts on a solar array joint, and install the first of several enhanced high-definition television cameras that will be used to monitor activities outside the station, including the comings and goings of visiting cargo and crew vehicles.

The Thursday spacewalk will be the fifth of Williams’ career and the second for Rubins. Williams will be designated as extravehicular crew member 1 (EV1), wearing a spacesuit with a red stripe. Rubins will be EV2, wearing a suit with no stripes.