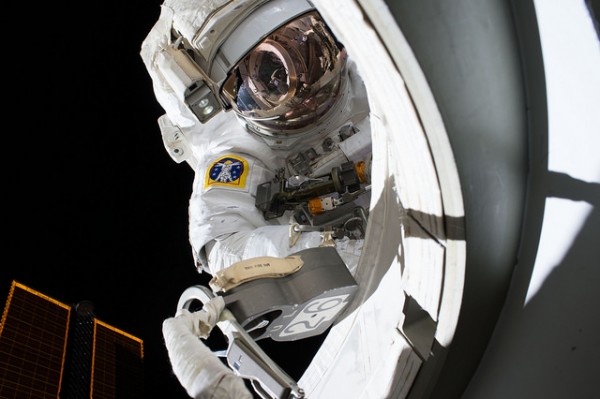 NASA astronaut Scott Kelly is photographed just outside the airlock during his first ever spacewalk on October 28, 2015. Image credit: NASA

Two International Space Station (ISS) astronauts are performing their second of two spacewalks on Friday, November 6, 2015. The previous spacewalk, the first-ever for NASA astronauts Scott Kelly and Kjell Lindgren, happened on October 28, 2015. NASA TV will air live coverage of the spacewalk today (November 6, 2015). Coverage began at 5:45 a.m. EST (1045 UTC), but the spacewalk itself is will begin at 7:10 a.m. EST (1210 UTC) and last about six hours. Watch here.

Translate to your timezone here.

While outside the station, the astronauts will restore the port truss ammonia cooling system to its original configuration. Three years ago, in November 2012, astronauts tried to isolate a truss cooling supply leak during a spacewalk mission. However, the leak was later traced to a different sector. 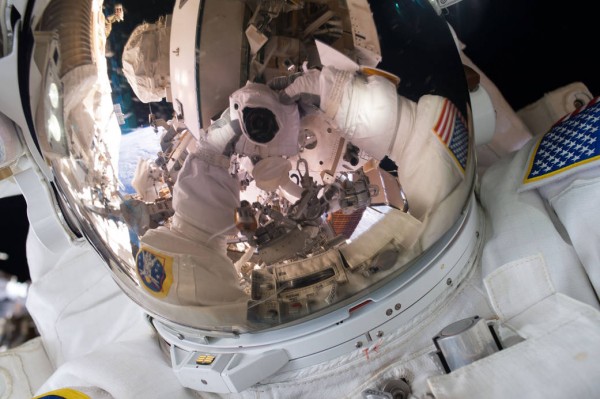 During the October 28 spacewalk, Kelly and Lindgren applied a thermal cover on the Alpha Magnetic Spectrometer; applied grease to a number of components in one of the latching ends of the Canadarm2 robotic arm; and began work to rig power and data system cables for the future installation of a docking port to the station that will be used for the arrival of the Boeing Starliner CST-100 and SpaceX Crew Dragon spacecraft.

NASA says the two spacewalks were scheduled around milestones in space. On October 29, 2015, Kelly became the U.S. astronaut who has lived in space the longest during a single U.S. spaceflight, and on Monday (November 2, 2015) the crew celebrated the 15th year of a continuous human presence in space aboard the station.