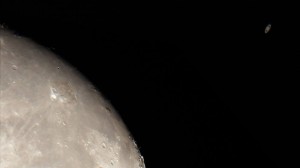 We are fortunate to have 4 Saturn/Moon occultations in Australia this year. This morning was the 3rd and only visible from the south west corner of Western Australia (and South Africa). It was also very low in the west with the Moon only 1/2 a hand span off the horizon at 4 am. I ventured south hoping to video Saturn grazing the Luna north pole. Cloud had other ideas and got me 6 minutes before the main event!

I did manage to get some lead in footage when the Moon was a little higher, between 10 and 15 degrees altitude. Seeing was quite good with no wind and temps around 3 C.

Thank you! Your submission has been received!
Oops! Something went wrong while submitting the form.
END_OF_DOCUMENT_TOKEN_TO_BE_REPLACED