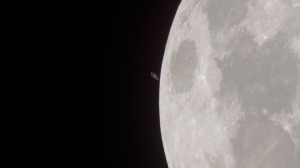 I visited my 4th state this trip last night, in the search for clear skies. NSW looked better than Victoria, so I made a last minute dash to Albury for the Moon/Saturn occultation. Only very light high cloud. I met up with Greg Gibbs ( Capturing The Night- Photography by Greg Gibbs) and we observed from the northern shore of Lake Hume. Was a beautiful calm night.

A frame from a raw video through my C8 telescope as the Moon moved away from Saturn. I’ve selectively brightened Saturn a tad to bring out the details. The limb of the moon was super bright being very close to full.

Thank you! Your submission has been received!
Oops! Something went wrong while submitting the form.
END_OF_DOCUMENT_TOKEN_TO_BE_REPLACED