Watch online as huge asteroid hurtles past Earth on June 14, 2012

Links and information to online viewing of close-passing asteroid 2012 LZ1. This evening for U.S. Tomorrow morning (June 15) for Asia.

A large asteroid discovered only days ago is set to sweep past the Earth on June 14, 2012. The great team at Slooh.com is going to try to catch it on camera as it goes by – so that you can watch it, too.

How many killer asteroids are out there?

The asteroid will pass within about 3.35 million miles (5.4 million kilometers) of our planet, or roughly 14 times the distance between Earth and the moon. It will appear as a 13th magnitude “star” – much too faint to be seen with the eye. There is no danger this asteroid will strike Earth. 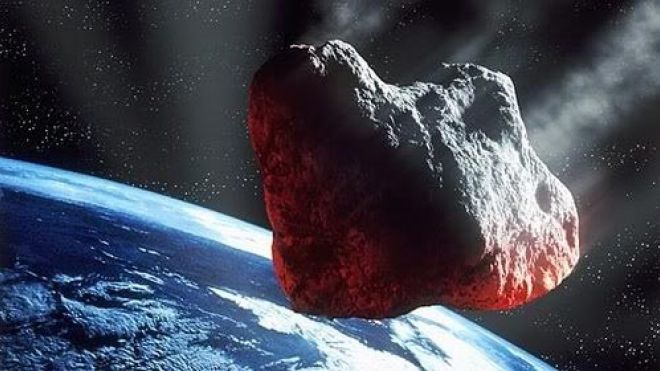 You can watch the asteroid flyby on Slooh’s website, at events.slooh.com.

This object was discovered only days ago and has been labeled 2012 LZ1 by astronomers. Rob McNaught and his colleagues at Siding Spring, Australia first spotted this object on the night of June 10-11. The asteroid is thought to be about the size of a city block. It’ll make its closest approach to Earth Thursday evening according to U.S. clocks (middle of the night UTC), and the Slooh Space Camera will cover its near-approach live on Slooh.com.

Slooh.com did a great job recently, providing online views and discussion of the May 20-21 annular solar eclipse and the June 5-6 transit of Venus.

Gallery: Partial and ring eclipse of May 20-21

Tonight, the asteroid’s discoverer Rob McNaught and Astronomy magazine columnist Bob Berman will be on hand at Slooh.com to discuss.

The asteroid is estimated to be 500 meters (1,650 feet) wide. Slooh’s Canary Island observatory will try to track it.

Because of its size and proximity to Earth, 2012 LZ1 qualifies as a potentially hazardous asteroid. But there is no danger that this asteroid will strike Earth.

Bottom line: A large asteroid – 2012 LZ1 – will sweep closely past Earth on Thursday late afternoon or evening June 14 according to U.S. clocks. It will be the middle of the night in Europe and the Middle East. It will be Friday morning June 15 for Australia and Asia. Slooh.com is hosting an online viewing. Viewing begins at 00:00 UTC. Details here.

You can watch the asteroid flyby on Slooh’s website, at events.slooh.com.