Friday’s is the last of 3 spacewalks by International Space Station astronauts this month. 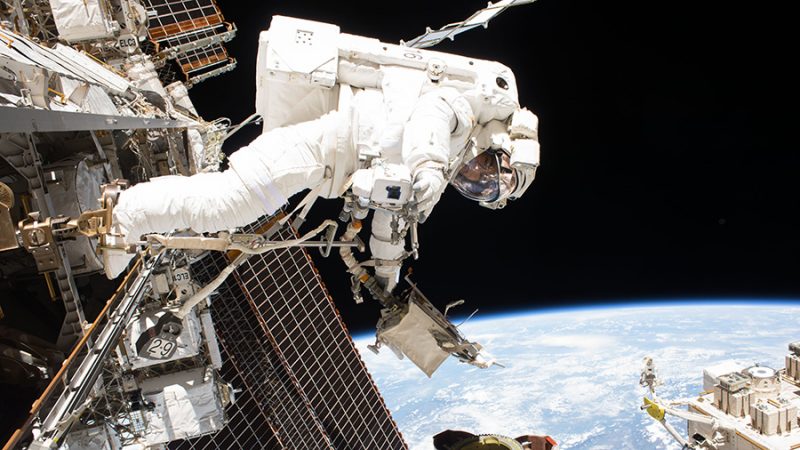 Astronaut Mark Vande Hei is pictured attached to the outside of the space station during a spacewalk on October 10, 2017. Image via NASA.

On Friday (October 20, 2017) two astronauts aboard the International Space Station (ISS) will perform the last of a trio of spacewalks in October.

The goal of the spacewalks is to perform station maintenance. According to a NASA statement:

Bresnik and Acaba will replace a fuse on Dextre’s enhanced orbital replacement unit temporary platform; install an enhanced HD camera on the Starboard 1 lower outboard truss; remove thermal insulation on two spare units to prepare those components for future robotic replacement work, if required; and replace a light on the Canadarm2’s new latching end effector installed during the first spacewalk Oct. 5. The final lubrication of the new end effector and the replacement of a camera system on the Destiny Lab will be deferred for a future spacewalk. 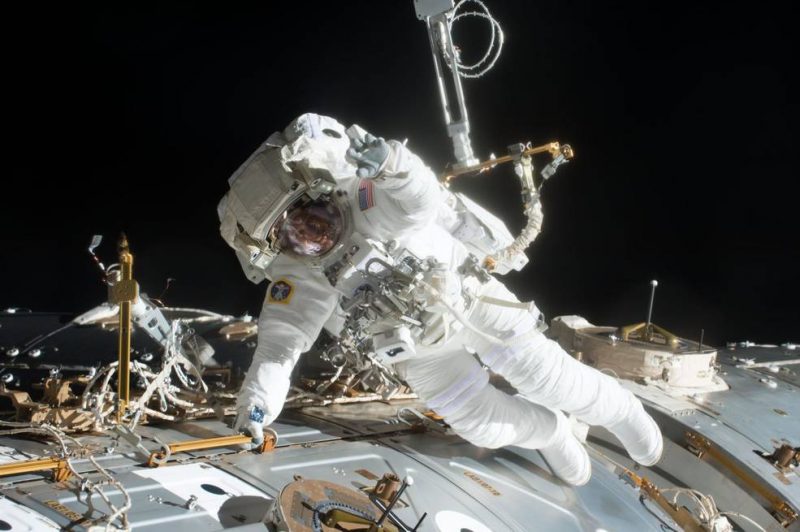 In this May 2017 photo, NASA astronaut Jack Fischer works outside the U.S. Destiny laboratory module of the International Space Station. Image via NASA.

Bottom line: The third ISS spacewalk in October 2017 is scheduled for Friday, October 20. How to watch.