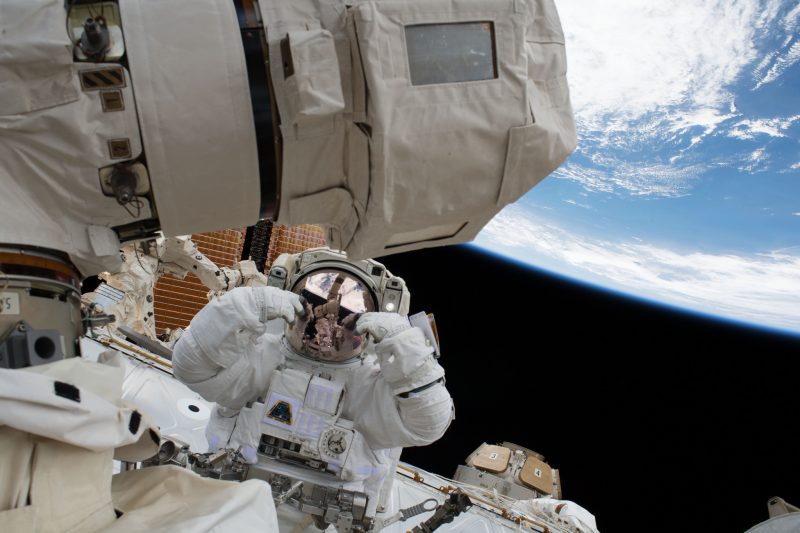 On Thursday, February 15, 2018, two astronauts will venture outside the International Space Station (ISS) to move components for the station’s robotic system into long-term storage. 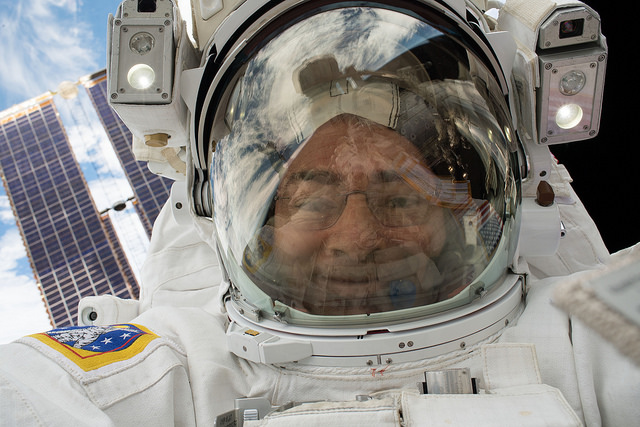 NASA astronaut Mark Vande Hei captured this selfie with his helmet visor up during a spacewalk on January 23, 2018. Image via NASA.

The two spacewalkers are Expedition 54 Flight Engineers Mark Vande Hei of NASA and Norishige Kanai of the Japan Aerospace Exploration Agency. The spacewalk will be the fourth spacewalk in Vande Hei’s career and the first for Kanai, who will become the fourth Japanese astronaut to walk in space. Vande Hei will wear the suit bearing the red stripes and Kanai’s suit will have no stripes.

Here’s what the spacewalkers will be doing outside the station on Thursday, according to a NASA statement:

[They] will move a Latching End Effector (LEE), or hand, for the Canadian-built robotic arm, Canadarm2, from a payload attachment on the station’s Mobile Base System rail car to the Quest airlock. This LEE was replaced during an Expedition 53 spacewalk in October 2017, and will be returned to Earth to be refurbished and returned to the orbiting laboratory as a spare.

They also will move an aging, but functional, LEE that was removed during a January 23 spacewalk from its temporary storage outside the airlock to a long-term storage location where it will be available as a spare part on the Mobile Base System, which is used to move the arm and astronauts along the station’s truss structure. 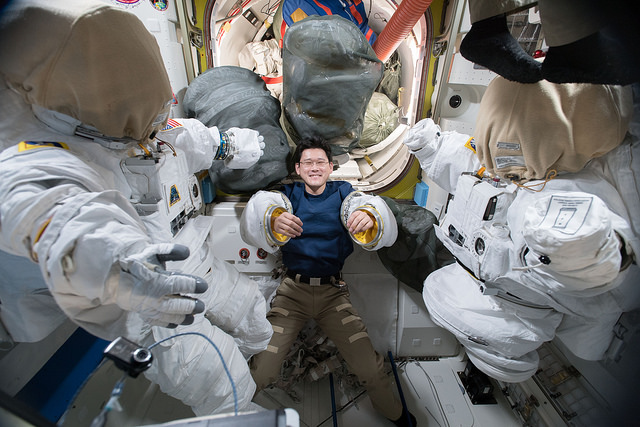 Astronaut Norishige Kanai of the Japan Aerospace Exploration Agency tries on a pair of spacesuit sleeves inside the Quest airlock on January 2, 2018. Image via NASA.

The spacewalk originally was scheduled for January 29 but was postponed when a new LEE installed during the January 23 spacewalk encountered startup issues. Those issues were resolved January 27 through software updates written by Canadian Space Agency robotics specialists.