Watch 2 Russian cosmonauts perform a spacewalk outside the International Space Station (ISS) on Wednesday, May 29. 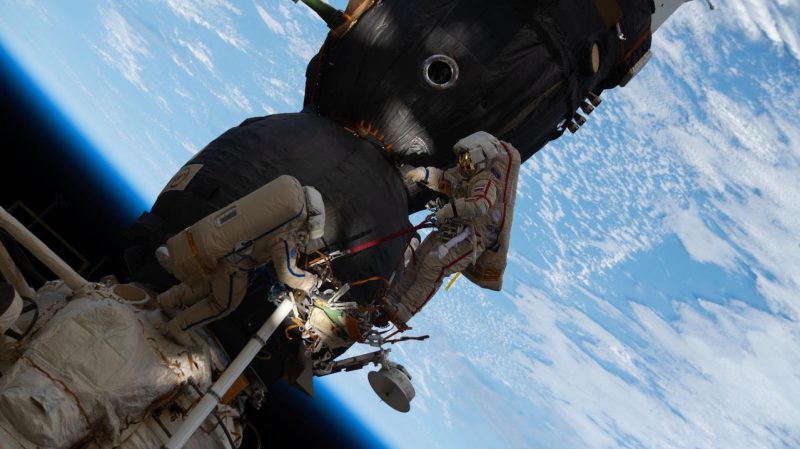 The cosmonauts, Expedition 59 Commander Oleg Kononenko and Flight Engineer Alexey Ovchinin, will retrieve science experiments, install handrails on the Russian segment of the complex, and conduct maintenance on the orbiting laboratory.

This will be the fifth spacewalk for Kononenko, who will be designated extravehicular crew member 1 (EV1), in the suit with blue stripes, and the first for Ovchinin, who will be EV2, in the suit with red stripes. Wednesday’s spacewalk will be the 217th in support of station assembly, maintenance and upgrades and the fourth outside the station in 2019. 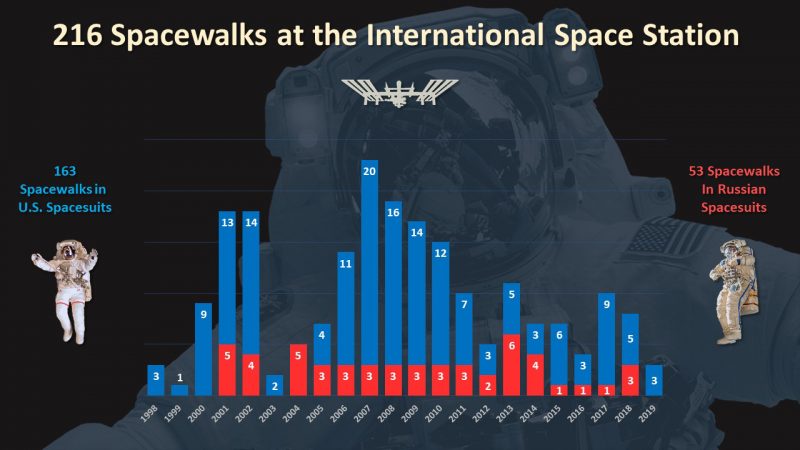 View larger. | There have been 216 spacewalks at the International Space Station since December 1998. See a list. Image via NASA.

Cosmonaut Oleg Kononenko, seen here during a 2012 spacewalk with Anton Shkaplerov, is getting ready for another spacewalk set for 11:44am ET Wednesday with first-time spacewalker Alexey Ovchinin. NASA TV begins its broadcast live at 11:15am. #AskNASA | https://t.co/ZjxuLPFfxg pic.twitter.com/Shyx1G4sfQ

Bottom line: How to watch ISS Russian cosmonauts’ spacewalk on May 29, 2019.