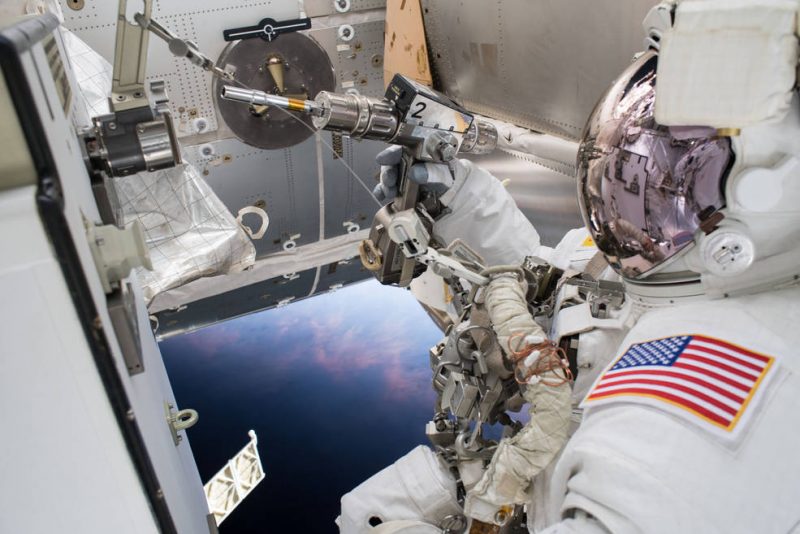 Astronauts Drew Feustel, commander of the station’s Expedition 56, and flight engineer Ricky Arnold will install new high-definition cameras to capture spacecraft docking with the International Space Station, including new American-made spacecraft with scheduled test flights later this year. Arnold will wear a suit bearing red stripes while Feustel’s suit will have no stripes.

The two spacewalkers will install brackets and high-definition cameras near an international docking adapter mated to the front end of the station’s Harmony module. The additions will provide enhanced views during the final phase of approach and docking of the SpaceX Crew Dragon and Boeing Starliner commercial crew spacecraft that will soon begin launching from American soil.

During their spacewalk, the astronauts also will swap out a camera assembly on the starboard truss of the station and close an aperture door on an external environmental imaging experiment outside the Japanese Kibo module. The imaging experiment hardware will be discarded on a future SpaceX cargo resupply mission.