Evidence for a wandering black hole

Astronomers have found another possible rogue black hole, with about 100,000 times our sun’s mass. It may have come from a small galaxy falling into a larger one. 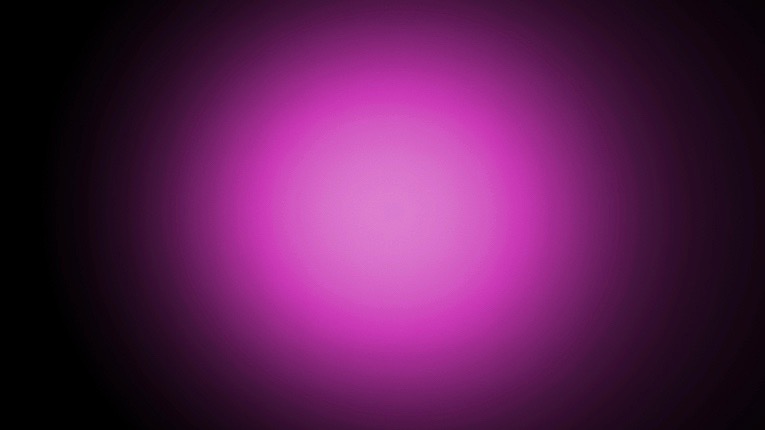 Astronomers think that supermassive black holes, with some 100,000 to 10 billion times the mass of our sun, are located in the centers of most galaxies. There’s also evidence for the existence of so-called intermediate mass black holes, which have lower masses ranging between about 100 and 100,000 times that of the sun.
In recent years, they’ve found evidence for both types of objects, not in galaxy centers, but away from them. They call these objects wandering black holes and believe they result from galaxy collisions and mergers. The most recent candidate is an object called XJ1417+52, and it was found at the edge of a lenticular galaxy some 4.5 billion light years from Earth.

Two space-based X-ray telescopes – NASA’s Chandra X-ray Observatory and ESA’s XMM-Newton X-ray observatory – worked together to discover this object, which appears as an extremely luminous, variable X-ray source outside the center of its parent galaxy, SDSS J141711.07+522540.8 (or, GJ1417+52 for short).

It’s an example of a discovery made when astronomers analyzed data taken years ago. In fact, the XMM-Newton and Chandra data was obtained between 2000 and 2002.

The astronomers said in an October 2016 statement from Chandra that the extreme brightness of this object makes it likely that it is a black hole with a mass estimated to be about 100,000 times that of our sun. 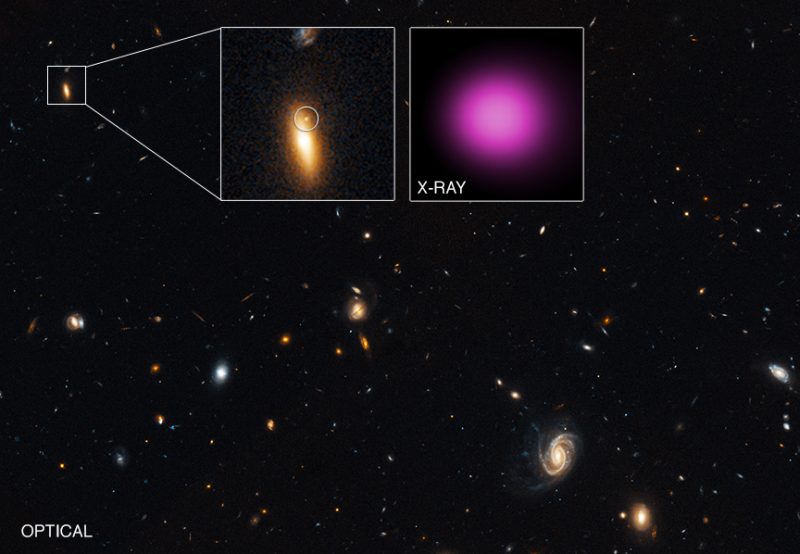 The main panel is a wide-field, optical light image from the Hubble Space Telescope. The black hole XJ1417+52 and its host galaxy GJ1417+52 are located within the box in the upper left. The inset on the right is Chandra’s X-ray image of XJ1417+52 in purple, covering the same region as the Hubble close-up. Image via Chandra

This black hole may be “wandering” outside its galaxy’s core after a small galaxy collided with a larger one. The astronomers’ statement explained:

As the stars, gas and dust from the second galaxy move through the first one, its black hole would move with it.

The Chandra and XMM-Newton observations show that, at its peak, XJ1417+52 is about 10 times more luminous than the brightest X-ray source ever seen for a wandering black hole.

It is also about 10 times more distant than the previous record holder for a wandering black hole.

The bright X-ray emission from this type of black hole is thought to come from material falling toward it. The X-rays from XJ1417+52 reached peak brightness in X-rays between 2000 and 2002. The source was not detected in later Chandra and XMM observations obtained in 2005, 2014 and 2015. Overall, the X-ray brightness of the source has declined by at least a factor of 14 between 2000 and 2015.

These astronomers believe that the X-ray outburst seen in 2000 and 2002 occurred when a star passed too close to the black hole and was torn apart by tidal forces. Some of the gaseous debris would have been heated and become bright in X-rays as it fell towards the black hole, causing the spike in emission.

The location and brightness of the optical source in the Hubble image that may be associated with XJ1417+52 suggest that the black hole could have originally belonged to a small galaxy that plowed into the larger GJ1417+52 galaxy, stripping away most of the galaxy’s stars but leaving behind the black hole and its surrounding stars at the center of the small galaxy.

If this idea is correct, the surrounding stars are what is seen in the Hubble image.

Bottom line: Astronomers have found a possible rogue black hole, located outside the center of a distant galaxy. Known as XJ1417+52, it appears to have about 100,000 times our sun’s mass. It may have come from a small galaxy falling into a larger one.