Help name the next Mars rover

Cast your vote to help name the next Mars rover, scheduled to launch in July or August 2020. The names were drawn from 9 finalist essays written by K-12 students. The voting will remain open through January 27. 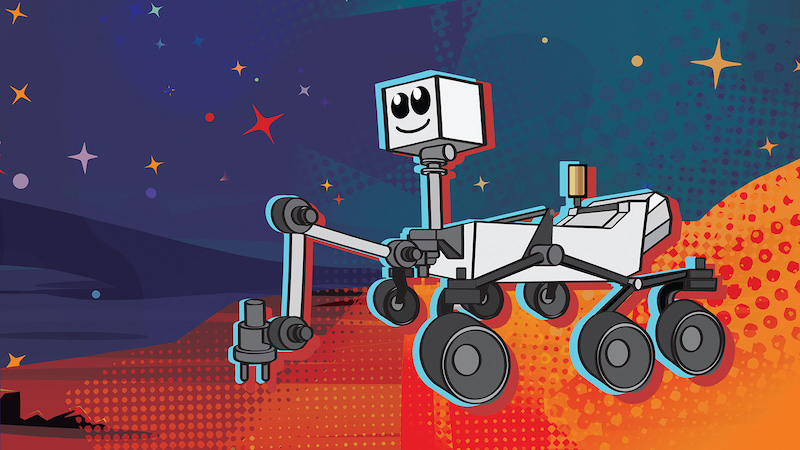 NASA invites you to help choose the name for the next Mars rover, currently scheduled to launch in July or August 2020. The rover will land in Mars’ Jezero Crater in February 2021. The call for votes opened online on January 21 and will remain open through January 27.

Go to the Name the Rover contest site to cast your vote.

You’ll be voting from among nine finalist names, drawn from winning entries in an essay contest for U.S. students in kindergarten through 12th grade. The students were asked to think of a name for NASA’s Mars 2020 rover and write a short essay about it. The winning essays – and finalist names – are available at the contest site.

More than 28,000 essays were submitted after the contest began in August 2019. A panel of nearly 4,700 volunteer judges, composed of educators, professionals and space enthusiasts from all around the country, helped select the finalists.

NASA will announce the rover’s new name – and the student behind it – in early March.

The child whose rover name is chosen will receive an invitation to see the spacecraft launch in July 2020 from Cape Canaveral Air Force Station in Florida.

The currently unnamed rover is a robotic scientist weighing more than 2,300 pounds (1,000 kilograms). It will search for signs of past microbial life, characterize the planet’s climate and geology, collect samples for future return to Earth and pave the way for human exploration of the red planet.

For complete contest and prize details, including a full listing of the 155 state/territory semifinalists, visit the Name the Rover Challenge page.

Bottom line: Vote from among nine finalists to choose the name for the Mars 2020 rover.