Posted by Chris Comfort and Deborah Byrd in Space | February 13, 2013

This video is peering toward the center of our Milky Way. It zooms in on the star cluster NGC 6520 and the dark star-forming cloud Barnard 86.

The European Southern Observatory (ESO) released an awesome photo and video today (February 13, 2013) of the Large Sagittarius Star Cloud, which is located toward the center of our Milky Way galaxy. You can see the Sagittarius Star Cloud with your eye alone on a dark night in northern summer. The ESO video starts with a view of the spectacular Milky Way, our home galaxy in space. As we zoom in towards the center we see the star cloud …

In the midst of this cloud, there are many smaller features. One is the bright star cluster NGC 6520 and a much smaller dark feature called Barnard 86 – a place where new stars are forming. See them in the video, and also in the photo below. 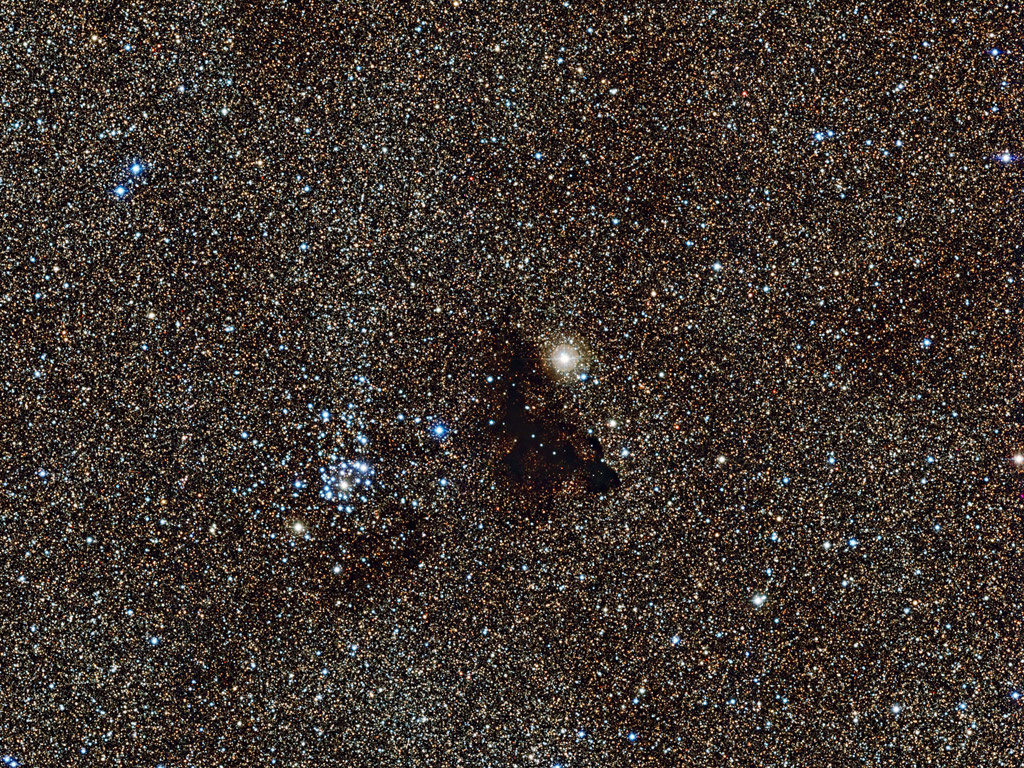 The bright cluster is NGC 6520 and the dark area next to it is called Barnard 86. Both are located in the midst of the Large Sagittarius Star Cloud, in the direction toward the center of our Milky Way galaxy. View larger.