Early in the morning on February 22, Saturn happened to lie in the moon’s path, and so the moon covered up Saturn, for a time.

Colin Legg in Perth, Australia was kind enough to share this wonderful real-time video of the moon passing in front of Saturn on Saturday, February 22, 2014. In the parlance of astronomers, this event is known as an occultation.

It looks at though Saturn is passing behind bright limb of the moon. In fact, it’s the moon’s own motion that causes the occultation to take place. In other words, early Saturday morning, Saturn happened to lie in the moon’s path as the moon was pursing its regular monthly orbit around Earth. And so the moon covered up Saturn, for a time.

The occultation of Saturn could be seen only from certain parts of Earth: Madagascar, most of Australia and New Zealand. Thanks to Colin Legg, the rest of us can enjoy it. He provided these details:

Wondering how Saturn and the moon looked from other parts of the world on this Saturday dawn, February 22, 2014? See the photo and chart below. For most of us, by the time dawn came on Saturday, the moon in its orbit of Earth had already moved beyond Saturn. Thus the two appeared some distance apart in Saturday morning. 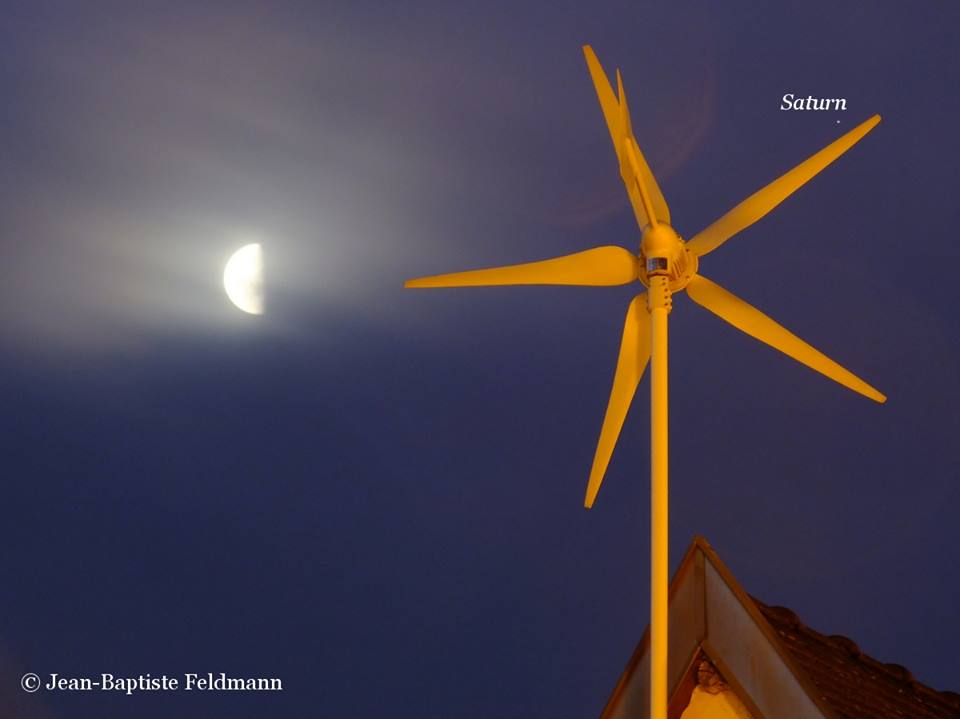 The moon and Saturn on Saturday, February 22, 2014, as captured by EarthSky Facebook friend Jean-Baptiste Feldmann in France. 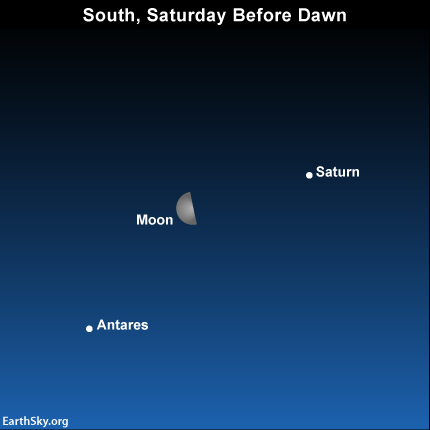 Moon and Saturn as seen from North America before dawn on Saturday, February 22, 2014.

Bottom line: Colin Legg in Australia shared this wonderful video of the moon passing in front of Saturn on Saturday, February 22, 2014. In the parlance of astronomers, this event is known as an occultation.