New video from NASA depicting the observations of our solar system’s 8th planet, Neptune, by the famous planet-hunting Kepler telescope.

NASA’s Scientific Visualization Studio released this video yesterday (April 27, 2017). It depicts NASA’s planet-hunting Kepler telescope – launched in 2009 and now famous for having discovered most known exoplanets. Kepler is now in an extended mission phase, and, in late 2014 and early 2015, it observed the eighth planet in our own solar system, Neptune. NASA said:

For the first four years of its life, Kepler was pointed at a single 12° patch of space between the bright stars Deneb, in the constellation Cygnus, and Vega, in Lyra, where it found several thousand exoplanet candidates. When the second of four reaction wheels failed in 2013, Kepler was no longer able to point accurately at its original target, so scientists devised a new way to point the spacecraft using the remaining two reaction wheels and photon pressure from sunlight. The new mission was dubbed K2.

Because of the pointing method, K2 is limited to looking at fields along the plane of our solar system, but this also offers new ways to use the telescope’s sensitive detectors. From November, 2014 to January, 2015, Kepler’s field included the planet Neptune. Amy Simon, a planetary scientist at NASA’s Goddard Space Flight Center, looked for the faint signal of moving clouds embedded within Neptune’s light curve. The Kepler observations are unique, said Simon, because they allow us to see the light curve of an object close enough to image and resolve cloud features. These observations prove that rapid variations in light curves of brown dwarfs and exoplanets can be caused by changing clouds.

Kepler is sensitive to minute changes in the brightness of objects in space. It was able to detect Neptune’s daily rotation, the movement of its clouds, and even small changes in reflected sunlight from Neptune (attributed to little variations in the sun’s brightness).

NASA said its Kepler studies of Neptune help pave the way for future studies of weather and climate beyond our solar system. 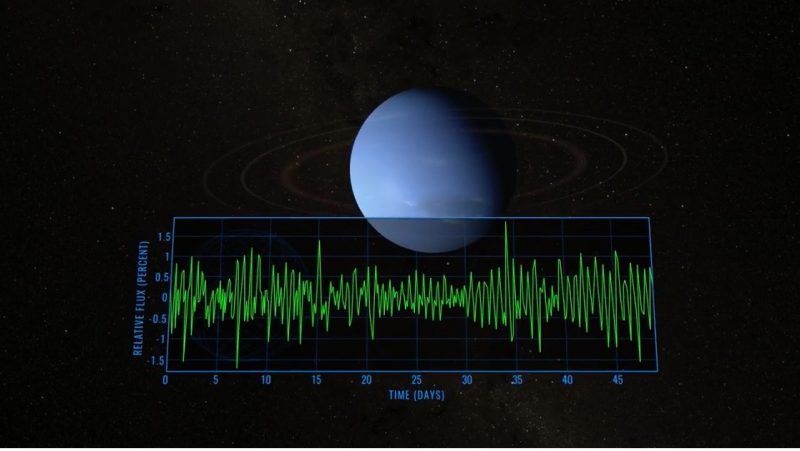