Photos from friends: Mercury, Saturn and Venus on November 26, 2012

A beautiful conjunction of Saturn and Venus on November 26, 2012. Plus Mercury was there, too, lower on the predawn horizon. See the photos here.

The November 26, 2012 conjunction of Saturn and Venus was beautiful from around the world. Many saw Mercury, too, edging up into the eastern predawn sky from near the horizon. These wonderful photos come from EarthSky Facebook friends. The first four are from Mohamed Laaifat in Normandy, France. Thank you, Mohamed, for sharing them! 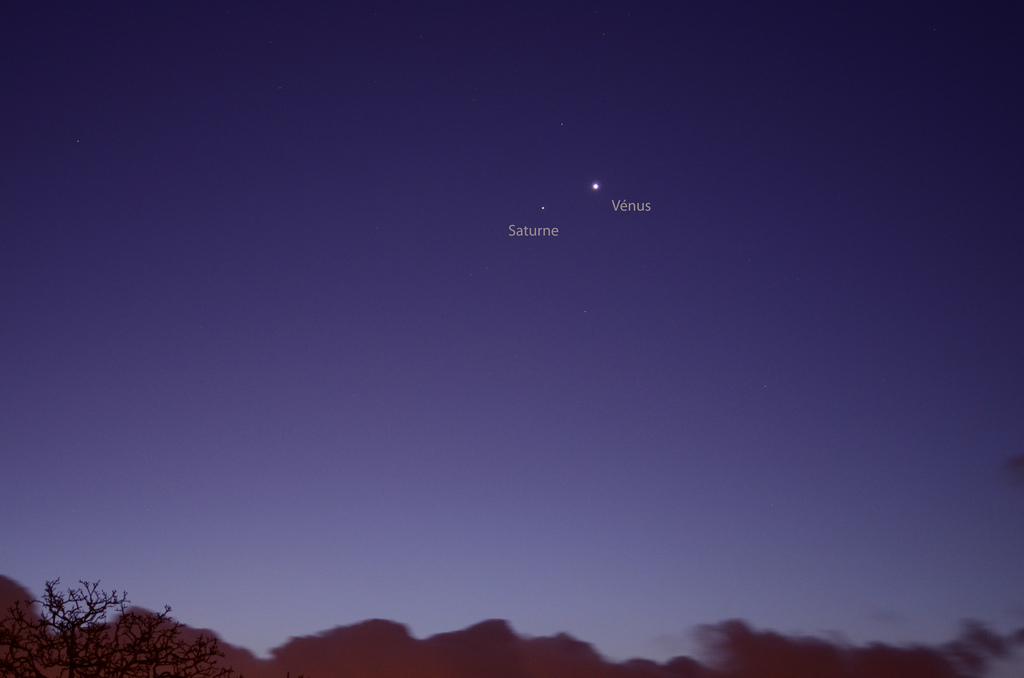 VIEW LARGER | Saturn and Venus were near each other and very beautiful as seen from around the world on November 26, 2012. This photo is from EarthSky Facebook friend Mohamed Laaifat in Normandy, France. 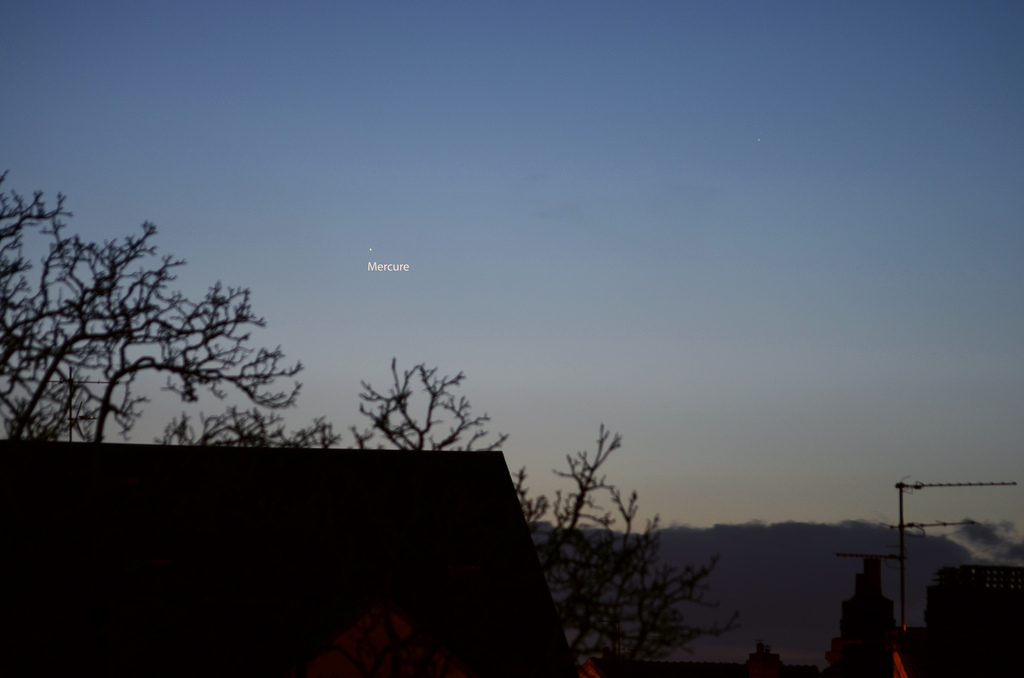 VIEW LARGER | If your eastern predawn horizon on November 26, 2012 was clear, you could have seen Mercury, too, just now edging upwards into the predawn sky. Image via Mohamed Laaifat in Normandy, France. 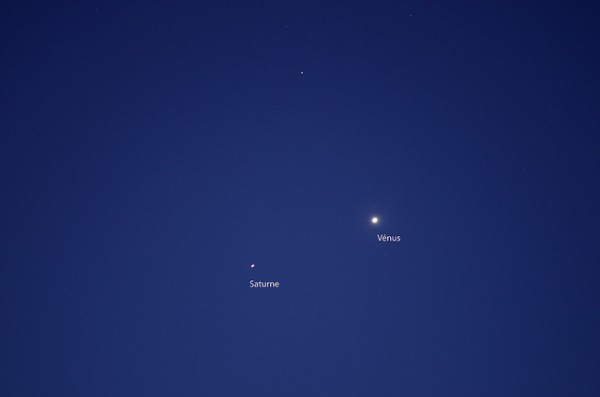 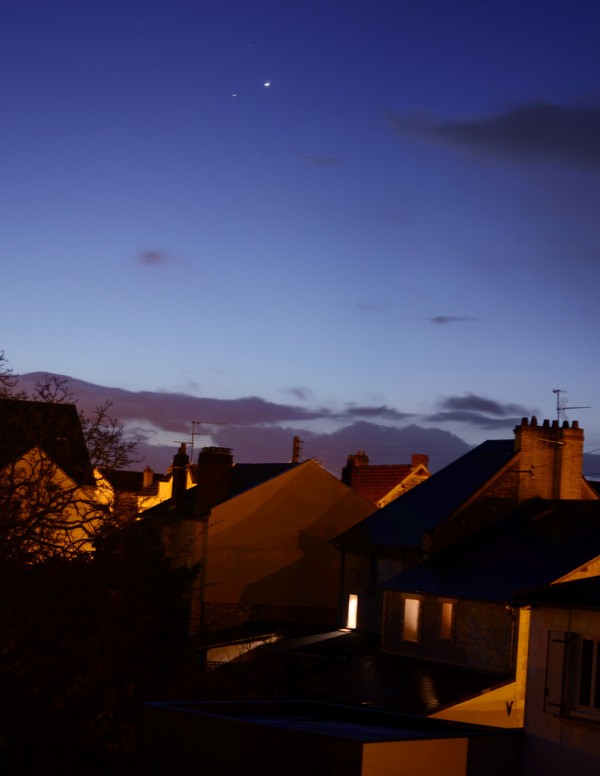 Venus and Saturn November 26, 2012 as seen by Mohamed Laaifat in Normandy, France.

As the line of sunrise moved westward this morning, in the predawn hours for U.S. observers, Saturn, Venus and Mercury were just as beautiful. These next few photos are also from EarthSky Facebook friends. You can see more photos by visiting our page! Click on Recent Posts by Others. 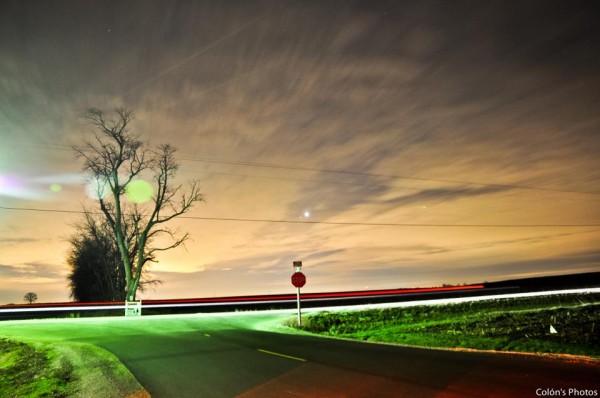 Here’s what Carlos Colon Sr. in Cortland, Illinois saw – looking east before dawn – on the morning of November 26, 2012. Saturn and Venus are right next to each other. Isn’t this a cool photo? Thank you, Carlos! 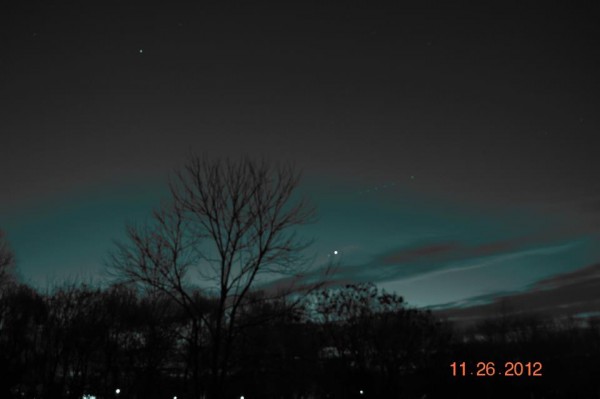 This photo of Venus and Saturn on November 26, 2012 comes from our friend Bret Gardner in York, Pennsylvania. Thank you, Bret. Awesome colors. 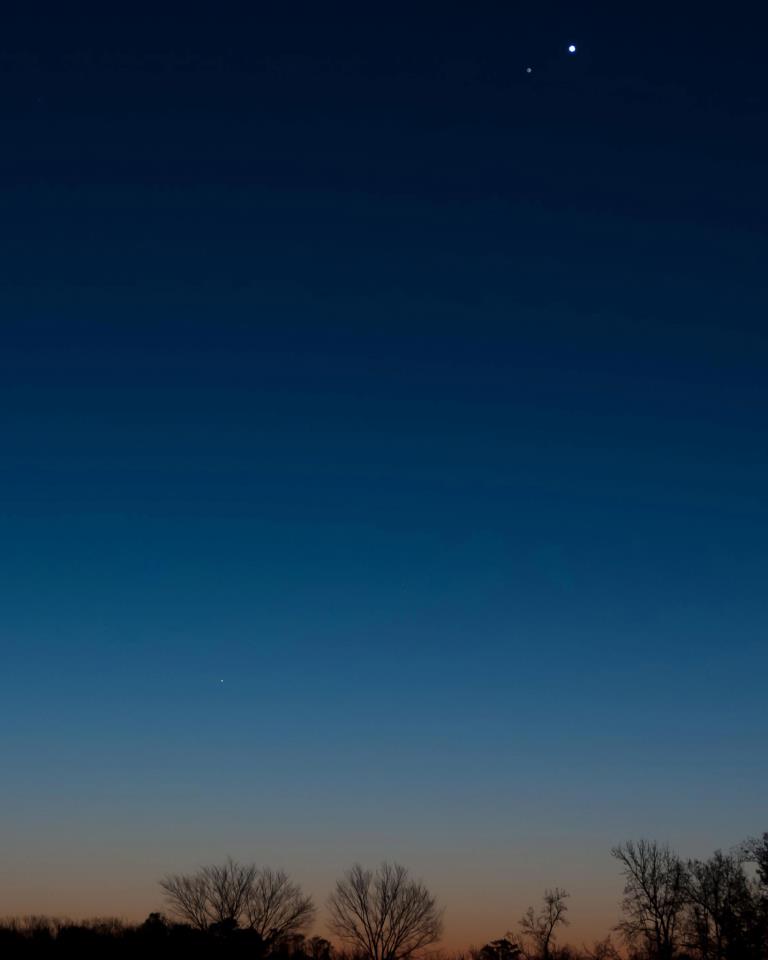 EarthSky Facebook friend Ken Christison in Conway, North Carolina captured all three planets this morning. Venus is brightest and highest in the sky. Saturn is next to Venus. Mercury can be seen in the lower left of the photo, just now emerging from the sunrise glare. Thank you, Ken!

In the coming days, Mercury will be moving up toward the other two planets. Saturn will be visible above Venus. By December 3, 2012, the three planets will be nearly equidistant from each other in the predawn sky. That will be a very cool sight to see!

November 2012 guide to the visible planets