Born July 3, 1935, Harrison “Jack” Schmitt is the only trained scientist to have walked on the moon, so far.

July 3, 1935. Today is the birthday of Harrison “Jack” Schmitt, the only trained scientist to have walked on the moon, so far. Born in Santa Rita, New Mexico, he was a geologist for the U.S. Geological Survey, and other entities, when he joined NASA in 1965 along with a group of other scientists. He became the 12th and last man to walk on the moon. His mission was the 6th and final manned flight to the moon, Apollo 17, in 1972.

Apollo 17 was also the longest manned mission to remain on the lunar surface. During three days in December 1972, Schmitt and two other astronauts explored the moon. Schmidt’s most memorable scientific discovery was that of finding orange soil on the moon. But he’s also remembered for a famous photo, called Blue Marble, shown below.

Check out this drag-around 360-degree panorama, showing Schmidt and what he saw on the moon (P.S. gracias, @moonpans on Twitter) 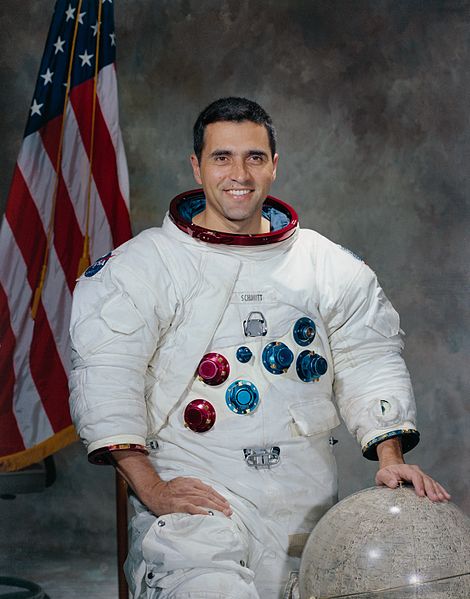 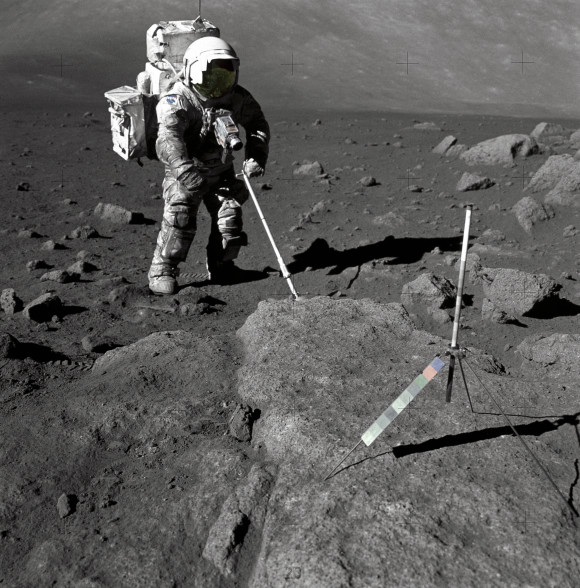 Harrison “Jack” Schmitt on the moon in December 1972. He is retrieving lunar samples at a site in the Taurus-Littrow valley during one of his moonwalks. Image via NASA 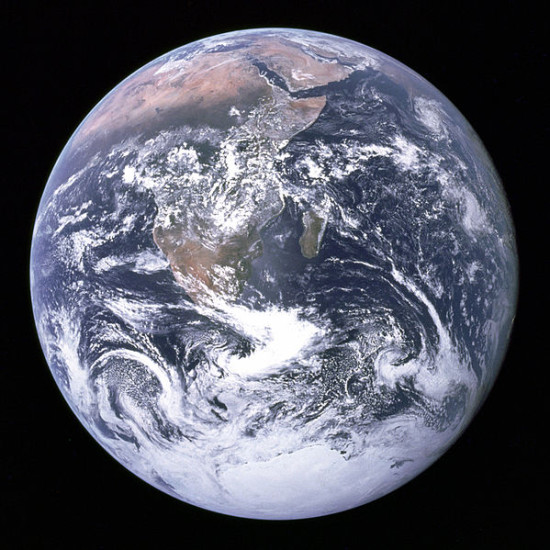 This is the famous photo Blue Marble, acquired during the Apollo 17 mission in 1972. Original caption: “View of the Earth as seen by the Apollo 17 crew traveling toward the moon. This translunar coast photograph extends from the Mediterranean Sea area to the Antarctica south polar ice cap. This is the first time the Apollo trajectory made it possible to photograph the south polar ice cap. Note the heavy cloud cover in the Southern Hemisphere. Almost the entire coastline of Africa is clearly visible. The Arabian Peninsula can be seen at the northeastern edge of Africa. The large island off the coast of Africa is Madagascar. The Asian mainland is on the horizon toward the northeast.”

Schmidt later said he took the snapshot now known as Blue Marble. According to NASA, it has become one of the most widely distributed photographic images in existence. The image shows a fully illuminated Earth, with the sun behind the astronauts when they took the image. The astronauts said Earth looked to them like a glass marble; hence the name.

After Schmitt left NASA, he held a senatorial seat in New Mexico. In more recent years, he has served as a consultant as well as a frequent commentator on space and moon exploration.