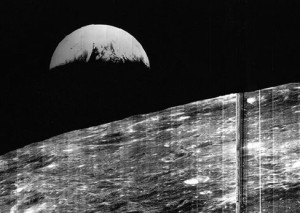 This photo reveals the first view of Earth from the moon, taken by Lunar Orbiter 1 on August 23, 1966. Shot from a distance of about 236,000 miles (380,000 kilometers), this image shows half of Earth, from Istanbul to Cape Town and areas east, shrouded in night.

Thank you! Your submission has been received!
Oops! Something went wrong while submitting the form.
END_OF_DOCUMENT_TOKEN_TO_BE_REPLACED