Posted by Elizabeth Howell and Deborah Byrd in Space | May 15, 2013

On May 15, 1836, Francis Baily, an English astronomer, saw strange patterns of light shining through the moon during an eclipse of the sun.

May 15, 1836. On this date, Francis Baily, an English astronomer, saw beads of sunlight shining along the edge of the moon’s silhouette during an eclipse of the sun.

It was an annular eclipse – nowadays often called a ring of fire eclipse – meaning that the moon was too far away in its monthly orbit around Earth to appear large enough in our sky to cover the sun completely. At mid-eclipse, Baily saw beads of light shining around the darkened moon. They resembled beads on a string. Later, it was realized that these beads of light appeared due to the presence of mountains, crater walls and other topographic features extending above the limb, or edge, of the moon as seen from Earth.

Baily’s Beads are beads of sunlight – caused when sunlight shines between mountains and other features on the moon – seen during the February 16, 1991 annular solar eclipse. Photo by Fred Espenak, aka MrEclipse

Another shot of Bailey’s Beads from the February 16, 1999 ecilpse via Fred Espenak. 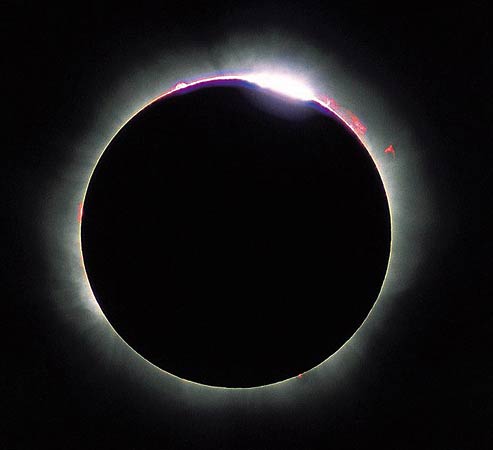 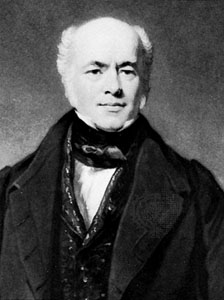 This phenomenon became known as Baily’s Beads, and it can be seen during total eclipses, too, just before the moon covers the sun completely.

Baily published his discovery in the Monthly Notices of the Royal Astronomical Society in December of that year. In a talk to the Royal Astronomical Society, he expressed surprise that nobody had mentioned seeing these beautiful beads of sunlight before. But, we suspect, improvements in optical devices such a telescopes – and in solar filters to block the sun’s harmful rays – are the reason.

Today, Baily’s Beads are one of the eclipse effects that amateur astronomers around the world – using proper eye protection – watch for during annular and total eclipses of the sun.

Bottom line: On May 15, 1836, English astronomer Francis Baily saw beads of sunlight shining along the edge of the moon’s silhouette during an eclipse of the sun. This phenomenon, which can be seen during both annular and total eclipses, is now known as Baily’s Beads. It happens when sunlight shines between mountains, crater walls and other topographic features on the edge, or limb, of the moon.