Astronomers used the Subaru Telescope to capture this image of Comet Lovejoy’s tail on December 3, 2013. This comet is now visible in earthly skies.

On December 3, 2013, astronomers from the U.S. and Japan used a wide-field camera on the orbiting Subaru Telescope to capture this beautiful image of the tail of Comet Lovejoy. At that time, the comet was 50 million miles (80 million km) from Earth and 80 million miles (130 million km) from the sun. As Comet ISON has fizzled, Comet Lovejoy has become a big attraction to those willing to search for it in dark skies of Earth. 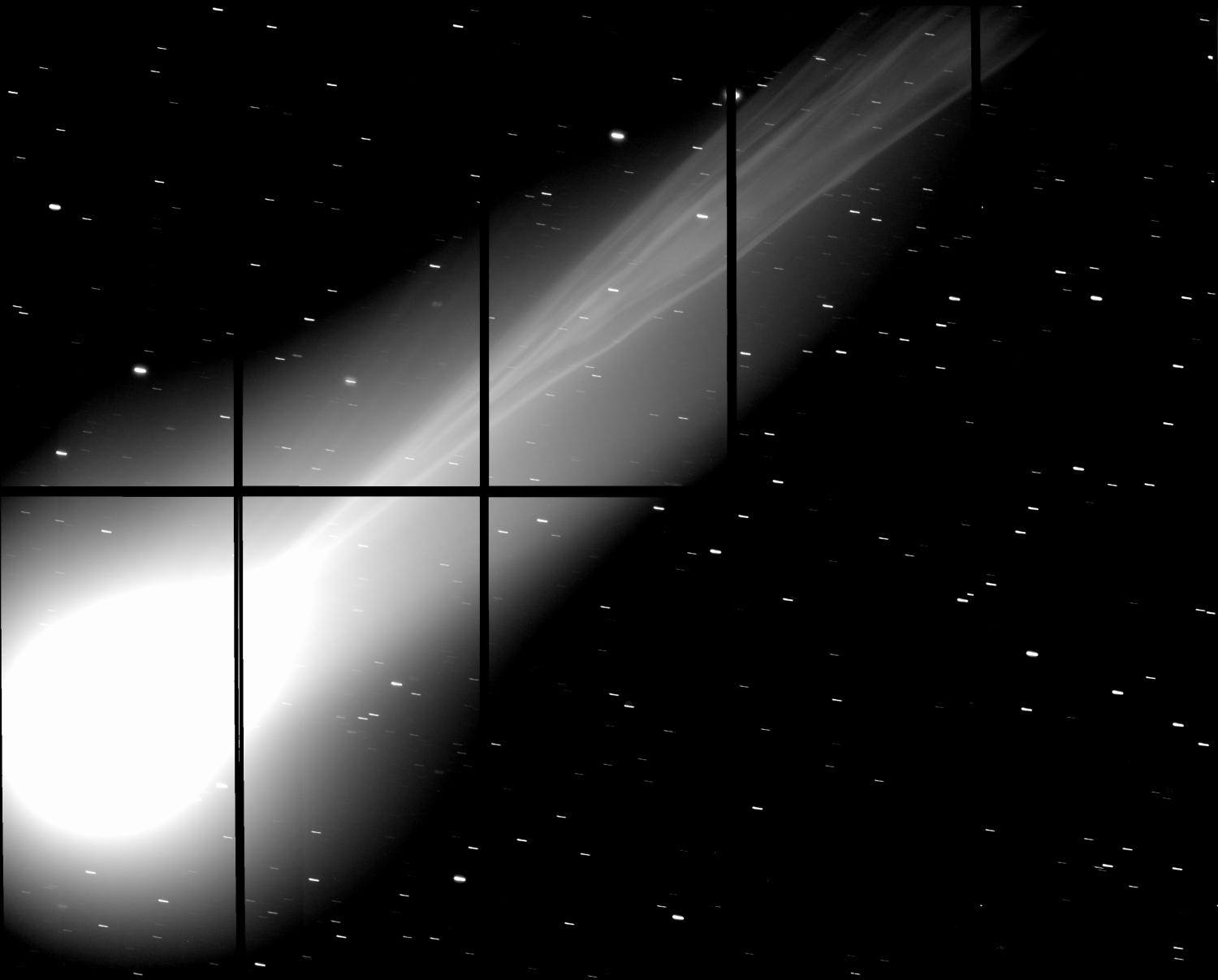 Details in the tail of Comet Lovejoy as captured by the Subaru Telescope’s wide-field, prime-focus camera, called Suprime-Cam, on December 3, 2013. Click here for details on how to see Comet Lovejoy in December, 2013. Image via NAOJ with data processing by Masafumi Yagi.

This month, if you can find the Big Dipper late at night or before dawn – and if you have a dark sky, free of city lights – you, too, might be able to spot it. Click here for information and charts on how to find Comet Lovejoy.

A team of astronomers from Stony Brook University (the State University of New York at Stony Brook), the National Astronomical Observatory of Japan (NAOJ), and others captured the photo above, which shows the complex, wiggling streams in the tail of Comet Lovejoy.

Bottom line: Astronomers used the Subaru Telescope to capture this beautiful photo of the intricate flow in the tail of Comet Lovejoy on December 3, 2013. This comet is now visible from Earth, in dark skies.