The best-observed X-flare in history

NASA says the March 29, 2014 X-flare was the best-observed in history. This post contains beautiful images of that intense event on the surface of the sun.

NASA, not one for superlatives, says that the March 29, 2014 X-flare on the sun inspired the most detailed observations of a solar X-flare in history. Four solar observatories in space, and one on the ground, captured rich data that will help researchers better understand what triggers flares. 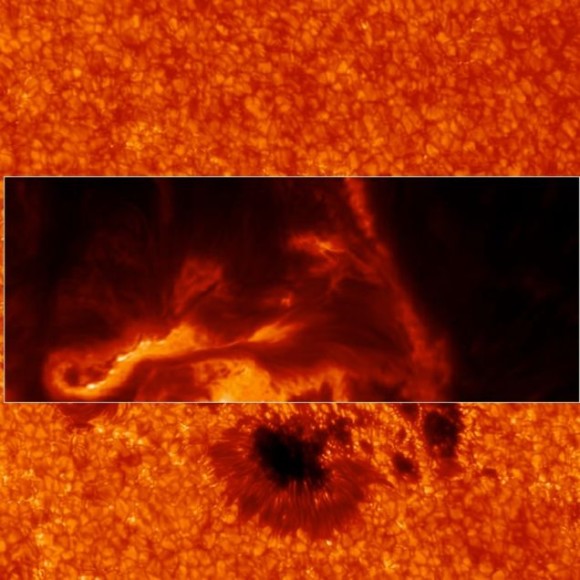 This image is in three parts. The dark central image shows the flare, overlain on the sunspot from which the flare emerged. Image via Lucia Kleint (BAER Institute)/Paul Higgins (Trinity College Dublin, Ireland) 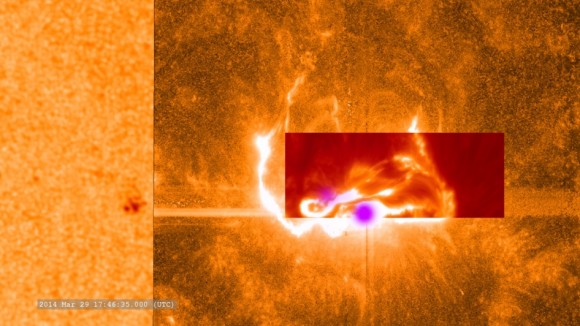 The observatories that observed the March 29 solar flare include:

Bottom line: NASA says the March 29, 2014 X-flare was the best observed X-flare in history. This post contains some beautiful images of the flare.