A rare relic of the early Milky Way

Terzan 5 looks like an ordinary globular cluster, but has stars of hugely different ages. Some of its stars are similar to the Milky Way’s most ancient stars. 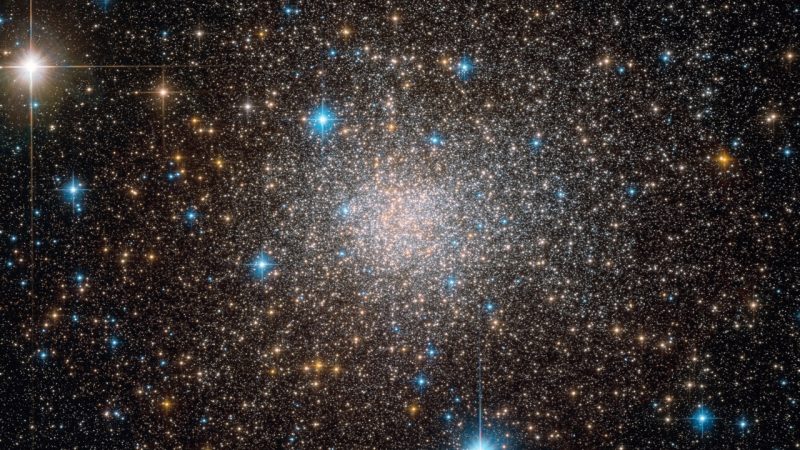 Terzan 5. It looks like a globular cluster, but contains an unusual mix of stars. Image via NASA/ESA/Hubble/F. Ferraro.

Globular clusters are large, spherical, symmetrical clusters scattered around the center of our Milky Way and other galaxies. They’re typically said to contain the galaxy’s oldest stars. Now astronomers have realized that a particular stellar system – 19,000 light-years from Earth and known for more than four decades – may resemble a globular cluster, but is like no other cluster known. That’s because its stars are hugely different ages. An international team of astronomers made the discovery, calling Terzan 5 a rare relic of the early Milky Way. In a September 7, 2016 statement, the astronomers said this cluster:

… bridges the gap in understanding between our galaxy’s past and its present.

The Italian-led team used data from the Hubble Space Telescope’s Advanced Camera for Surveys and its Wide Field Camera 3, as well as from a suite of ground-based telescopes, to study this unusual cluster. They found evidence for two distinct kinds of stars in Terzan 5, which have an age-gap of roughly 7 billion years. Such a large difference in the ages of its star indicates that star formation in Terzan 5 was not continuous, but was dominated by two distinct bursts of star formation. Astronomer Davide Massari, co-author of the study, said:

This requires the Terzan 5 ancestor to have large amounts of gas for a second generation of stars and to be quite massive.

They believe the cluster is at least 100 million times the mass of our sun. The astronomers’ statement added:

Its unusual properties make Terzan 5 the ideal candidate for a living fossil from the early days of the Milky Way. Current theories on galaxy formation assume that vast clumps of gas and stars interacted to form the primordial bulge of the Milky Way, merging and dissolving in the process.

We think that some remnants of these gaseous clumps could remain relatively undisrupted and keep existing embedded within the galaxy.

Such galactic fossils allow astronomers to reconstruct an important piece of the history of our Milky Way.

The link between Terzan 5 and the Milky Way’s history is strengthened by the fact that this cluster’s properties – while uncommon for a globular cluster – are similar to a population of stars in the galactic bulge. This region of the galaxy is roughly 10,000 light-years across and lies at our Milky Way’s center. The galactic bulge is made primarily of old stars, gas, and dust. Terzan 5 isn’t in the galactic bulge, but its stars look similar. That’s one reason astronomers believe it’s:

… a fossilized relic of galaxy formation, representing one of the earliest building blocks of the Milky Way.

The astronomers said that – in order to create its two distinct stellar populations – Terzan 5 must have started out with a mass similar to the huge clumps thought to have formed in the galactic bulge, when the Milky Way itself was first forming, around 12 billion years ago. Somehow Terzan 5 has managed to survive being disrupted for billions of years, and has been preserved as a remnant of the distant past of the Milky Way.

Some characteristics of Terzan 5 resemble those detected in the giant clumps we see in star-forming galaxies at high-redshift, suggesting that similar assembling processes occurred in the local and in the distant universe at the epoch of galaxy formation.

Terzan 5 could represent an intriguing link between the local and the distant universe, a surviving witness of the galactic bulge assembly process. 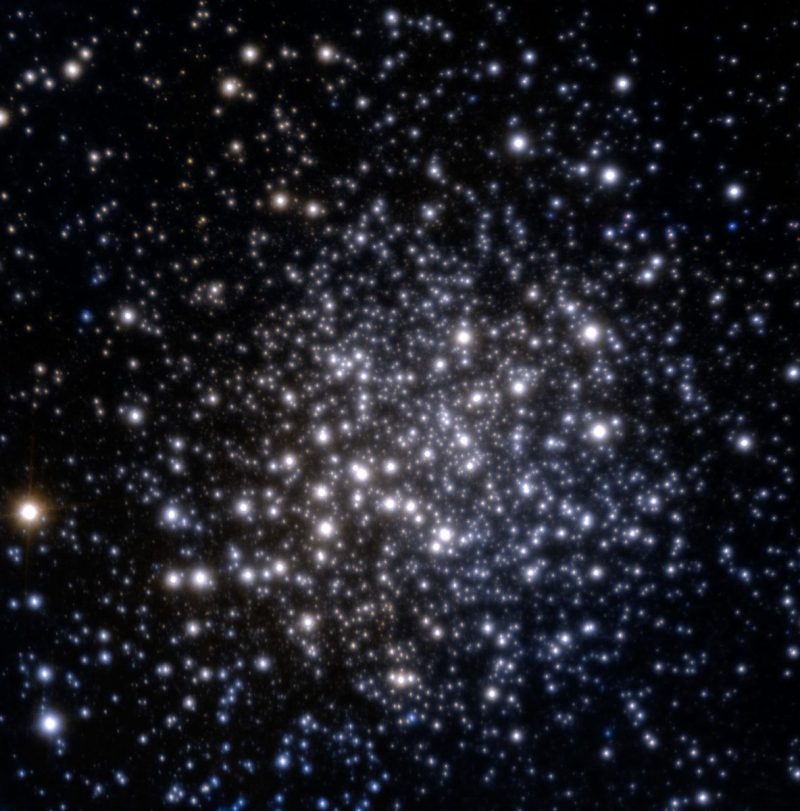 Bottom line: Astronomers say that the cluster known as Terzan 5 is fossilized remnant of the early Milky Way. It’s now known to have stars of hugely different ages and to contain stars remarkably similar to the most ancient stars in the Milky Way.