These strange galaxies have 1,000 times fewer stars than the Milky Way, yet occupy a large space. Astronomers used an advanced computer simulation to show that supernova explosions helped create them.

Our Milky Way galaxy is thought to have some 100 billion stars, or more. But astronomers now know of some very faint galaxies, containing up to 1,000 times fewer stars, yet spread over just as large an area of space as the Milky Way. They call them ultra-diffuse galaxies, and wonder what made them. On November 28, 2016, astronomers announced new research, showing that if a lot of supernovae explode during the star formation process, both stars and the dark matter in a galaxy might be pushed outwards, causing the galaxy to expand. They think the ultra-diffuse faint galaxies might have formed in this way.

The movie above shows a computer simulation of the formation of an ultra-diffuse galaxy. The movie follows the galaxy’s gas component. Several outflows (fountains) of gas being launched out of the galaxy’s center are visible through the life of the galaxy. These scientists say these outflows – spawned by supernova explosions – are responsible for creating the expanded stars and dark matter of ultra-diffuse galaxies.

The results of this study are published in the peer-reviewed Monthly Notices of the Royal Astronomical Society. 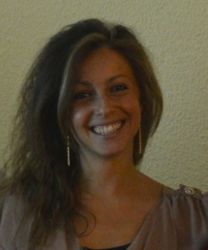 Astrophysicist Arianna Di Cintio at the Niels Bohr Institute at the University of Copenhagen in Denmark is the leading researcher of this project. Her team performed advanced computer simulations in collaboration with the New York University in Abu Dhabi. She said in a statement:

By recreating almost 100 virtual galaxies, we have shown that when there are a lot of supernovae during the star formation process, it can result in the stars and the dark matter in the galaxy to be pushed outwards, causing the extent of the galaxy to expand.

When there is a small number of stars in an expanded area, it means that the galaxy becomes faint and diffuse and is therefore difficult to observe with telescopes. 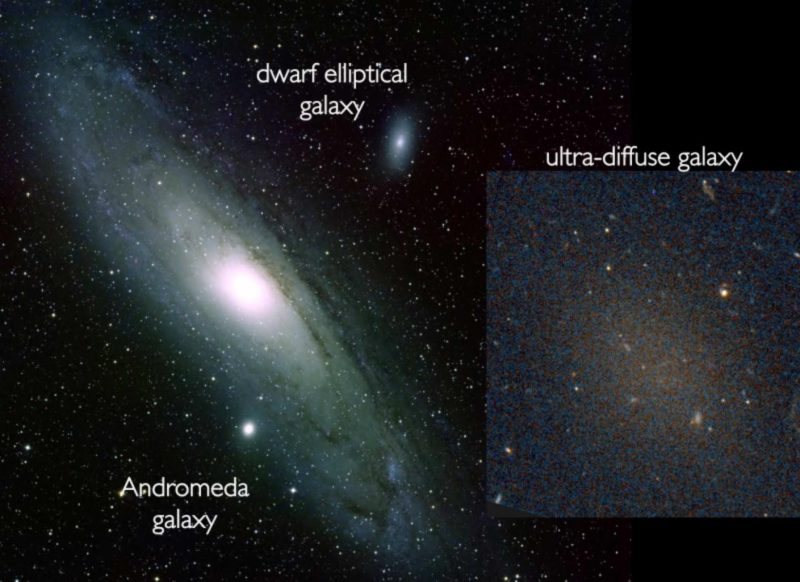 Di Cintio also said that the mechanism that causes the stars to move away from the galaxy’s center is the same one that is able to create areas with a lower density of dark matter. The many supernovae are so powerful that they blow the gas outwards in the galaxy. As a result both the dark matter and the stars move outwards so that the extent of the galaxy expands. The fact that the galaxy is spread over a larger area means that it becomes more diffuse and unclear. She said:

If we can recreate ultra-diffuse galaxies with computer simulations, it proves that we are on track with our cosmological model.

We therefore predict that there are ultra-diffuse galaxies everywhere – not only in galaxy clusters. They are dominated by dark matter and only a small percentage of their content is comprised of gas and stars and the most important thing is that they are dwarf galaxies with a mass of only about 10 to 60 times less than a large spiral galaxy …

Why do astronomers care about these faint dwarf galaxies? In recent years, they’ve been baffled by the lack of observable dwarf galaxies in our universe, and have been trying to explain why we see so few. That’s because standard cosmology calls for many more dwarf galaxies than we see.

These researchers described a next step, in which they hope to further confirm their ideas – and help confirm standard cosmology – by finding more ultra-diffuse galaxies. They said the largest could contain more gas and are, therefore, initiating close collaborations with research groups carrying out observations of very distant areas of the sky with powerful telescopes.

It will open a whole new window into galaxy formation. There may be thousands of ultra-faint galaxies that are just waiting to be discovered. 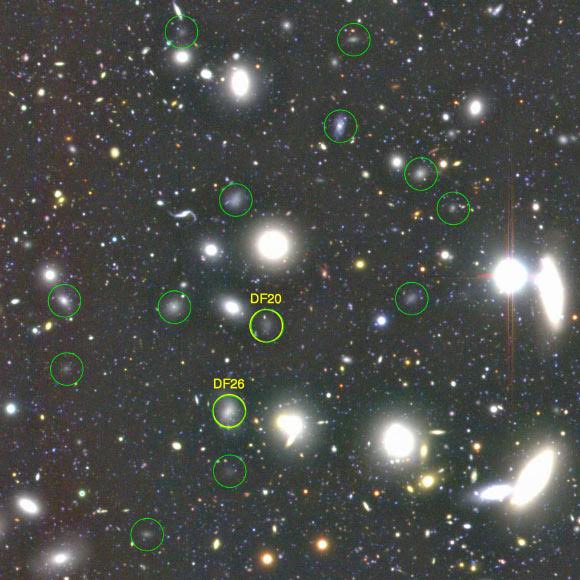 Because ultra diffuse galaxies (circled) are much fainter than ordinary galaxies, they are harder to find. But astronomers intend to find ways to search for them.

Bottom line: Ultra-diffuse galaxies are small in their number of stars, but extremely spread out in space. How did they get that way? Astronomers used an advanced computer simulation to show that supernova explosions can cause both both stars and dark matter in a galaxy to be pushed outwards, causing the galaxy to expand and creating an ultra-diffuse galaxy.

Via University of Denmark