Planetary systems with both super-Earths and Jupiter-type planets may be common, according to a new study. As in our own solar system, the giant planets would act as “bodyguards” protecting the smaller planets from asteroid impacts. 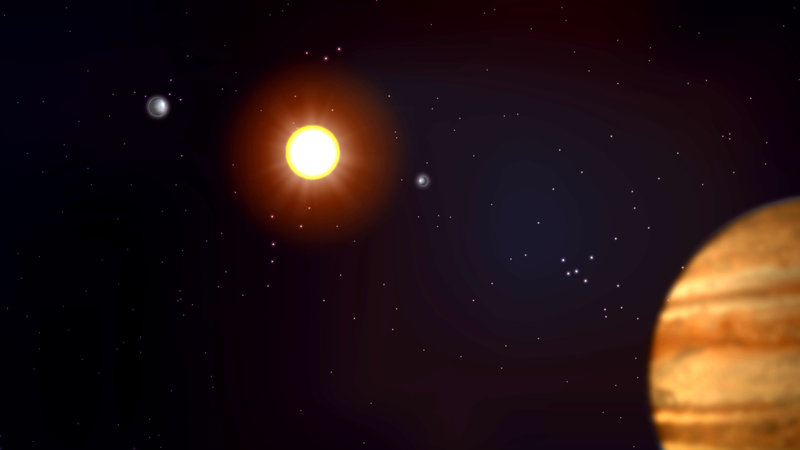 Artist’s concept of a planetary system with 2 super-Earths and 1 giant Jupiter-like planet. New computer simulations suggest that such systems may be common. Image via MPIA graphics department.

The largest planet in our solar system, Jupiter, has often been credited for helping life to exist on Earth, by deflecting dangerous asteroids from entering the inner solar system and colliding with our world. So what about in other solar systems? Do other Earth-type habitable planets also have, or need, larger Jupiter-like worlds protecting them? Is this Earth-Jupiter dynamic just a fluke, or is it a normal part of the development of planetary systems?

An international group of astronomers, led by Martin Schlecker of the Max Planck Institute for Astronomy (MPIA), has just announced a new study showing that this kind of planetary arrangement may be more common that previously known. The results suggest that rocky Earth-type planets – at least super-Earths as in this study – will often be accompanied by larger Jupiters orbiting further out, just like in our own solar system.

The findings are detailed in a new peer-reviewed paper that has been accepted for publication in the journal Astronomy & Astrophysics. The latest version of the paper, submitted on October 13, 2020, is available on arXiv.

The research focuses on super-Earths in particular, rocky planets that are just a bit larger and more massive than Earth but significantly smaller and less massive than Neptune. New computer simulations suggest that these planets will often form in their solar systems along with Jupiter-like planets in outer orbits, reminiscent of the arrangement in our own solar system. As Schlecker said in a statement:

We call such gas giants cold Jupiters. They grow at a distance from the central star, where water exists in the form of ice.

The smaller, rocky worlds are referred to as dry super-Earths, with thinner atmospheres and relatively little water or ice. Even Earth is considered to be a dry planet overall, since the oceans and other water and ice only make up very little of the planet’s volume. Schlecker said:

Also, the Earth is, despite the enormous oceans and the polar regions, with a volume fraction for water of only 0.12%, altogether a dry planet. 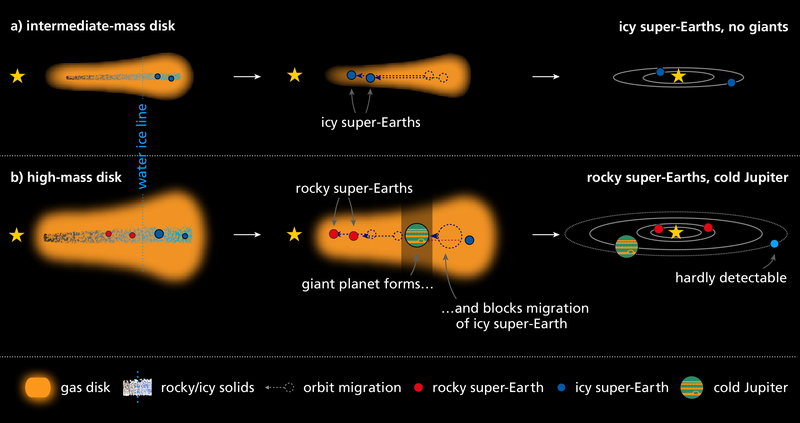 Comparison diagram of the scenarios of how, according to the simulations, icy super-Earths (a) or rocky (ice-poor) super-Earths form together with a cold Jupiter (b). The mass of the original protoplanetary disk determines the result. Image via Schlecker et al./ MPIA.

This cold Jupiter and dry super-Earth dynamic is therefore quite similar to what we see in our own solar system, except that our planet is just a bit smaller than a super-Earth. However, we don’t know yet if this is also true for planets actually about the same size as Earth as well, since the study focused more on super-Earths.

How did the researchers come to these conclusions?

They made a statistical evaluation of new computer simulations involving 1,000 planetary systems in the process of evolving around sun-like stars. According to Christoph Mordasini, a paper co-author from the University of Bern:

During the simulations, the planetary embryos collected material, grew into planets, changed their orbits, collided or were ejected from the system.

Such simulations support the investigation of exoplanetary systems, since planets like cold Jupiters require a lot of time to orbit their mother star in their wide orbits. Simulations, on the other hand, are in principle independent of such limitations. 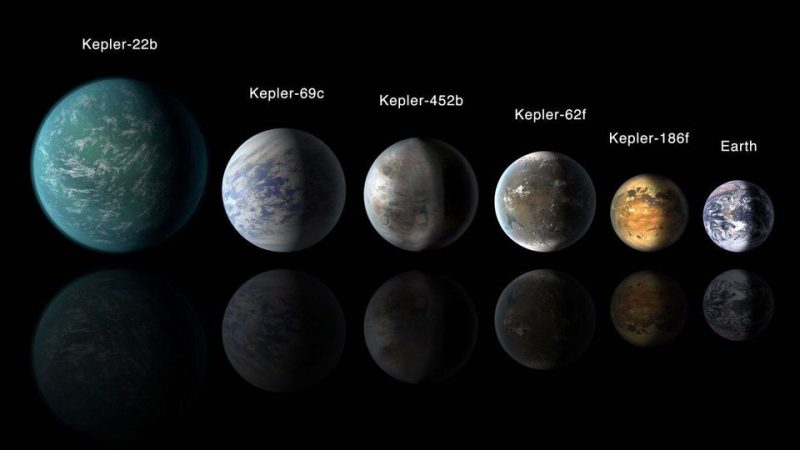 Super-Earths come in a range of sizes, as shown in this artist’s concept. Image via NASA/ AMES/ JPL-Caltech/ Forbes.

Observations of actual planetary systems had found something surprising: ones with a cold Jupiter almost always had a super-Earth as well. Schleckler explained:

We wanted to verify a surprising finding following observations made in recent years that planetary systems with a cold Jupiter almost always contain a super-Earth.

But the simulations seemed to show something different, that only about 1/3 of cold Jupiters should also have a super-Earth in the same system. Synthetic solar system models appeared to have even less, with only 10% of them having both types of planets.

Why the discrepancy? Scientists have several ideas, but a main one has to do with the rate at which giant Jupiter-like planets gradually migrate inward closer to their stars. According to current planetary formation theory, this should result in more gas giant planets in intermediate orbits, between the outer solar system and the inner solar system. These warm Jupiters should interfere with the orbits of inner super-Earths and either collide with them or cause them to be ejected out of their planetary systems. But that is not what has been observed. Therefore, scientists think that the rate is probably slower than first thought, which would allow more super-Earths to remain in close orbits around their stars, just as has been observed many times now.

In that scenario, more planetary systems should end up having both Jupiters and super-Earths. 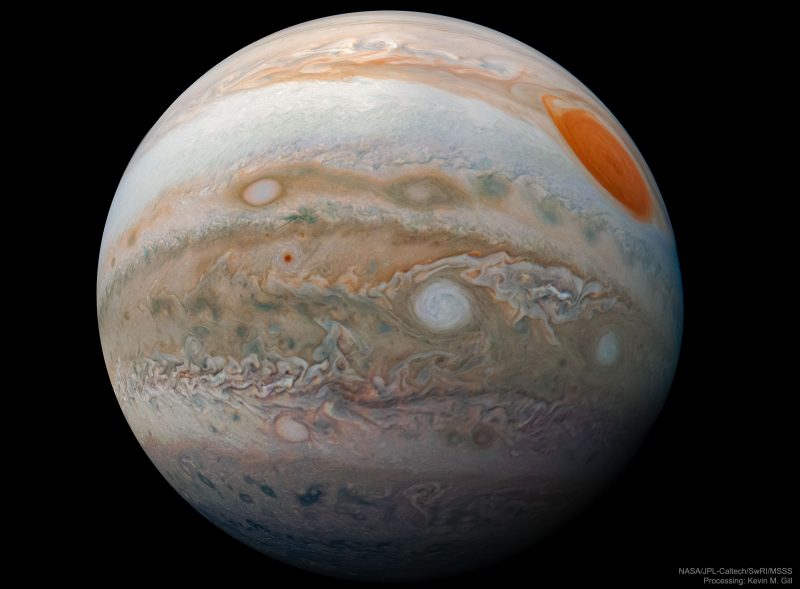 Jupiter as seen by NASA’s Juno spacecraft in February 2019. The giant planet has long been thought to be a “bodyguard” of Earth, protecting it from asteroid impacts with its immense gravity. Image via NASA/ JPL-Caltech/ SwRI/ MSSS (Processing: Kevin M. Gill)/ APOD.

The results are fairly general in nature, since current observations have not yet been able to specifically categorize the differences between different super-Earths. Some are thought to be mostly rocky, while others may have global oceans, depending on their size and mass. Nevertheless, the results of the simulations show that many planetary systems should have both a cold Jupiter and a dry super-Earth, as stated by Schleckler:

We found a significant excess of planetary systems containing both a cold Jupiter and at least one dry super-Earth, i.e. with little water or ice, and a thin atmosphere at most.

Which planetary systems do end up having both depends largely on the mass of the protoplanetary disk, the huge rotating cloud of gas and dust that planets form from around a newborn star. Medium mass disks, for example, would have too little material to form either super-Earths in the inner solar system or cold Jupiters farther out. However, super-Earths could form in the outer regions of the system, and contain large amounts of ice. If a protoplanetary disk is massive enough, then it could form both super-Earths closer to the star and cold Jupiters farther out from the star.

The new simulations have made some interesting predictions for how many planetary systems should have both types of planets. But verifying them and reconciling them with current observations will take time. Two upcoming telescopes will be able to help do that, the Extremely Large Telescope (ELT) of the European Southern Observatory and the James Webb Space Telescope (JWST). Schleckler said:

Theoretical predictions must be able to fail in the face of empirical experience. With the next-generation instruments that are about to be deployed, we will be able to test whether our model will hold up or whether we have to go back to the drawing board. 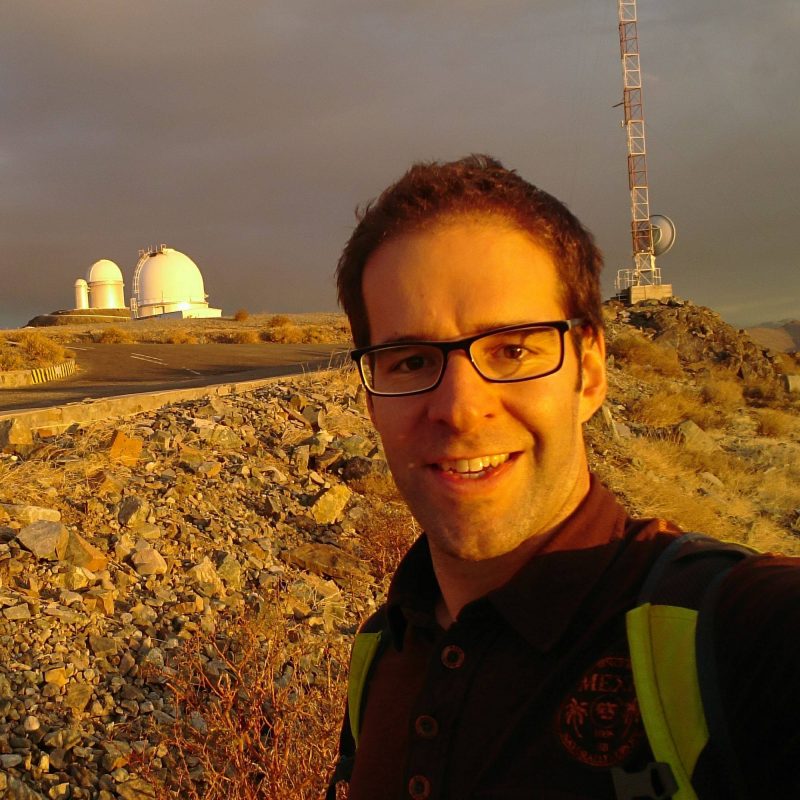 It will be interesting to see if these computer models hold up, or not. Our own solar system, for example, has a Jupiter, but no super-Earths. Instead we have good ol’ Earth, which is a little smaller than the planets that the study focused on. If the results are verified, does that mean there may also be many planetary systems with both a Jupiter and an Earth-sized world as well? Could well be, but we will just have to wait a bit to find out!

Bottom line: Planetary systems with both super-Earths and Jupiter-type planets may be common, according to a new study.