Spectacular new image of Orion A

Don’t miss these gorgeous images from ESO’s VISTA infrared survey telescope of the Orion Molecular Cloud complex, a place in space where new stars are forming. 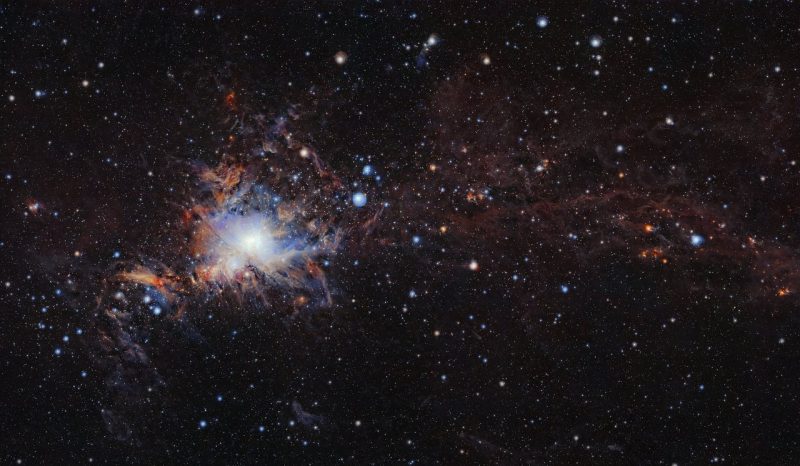 View larger. | This image is part of the largest infrared high-resolution mosaic of Orion ever created. It covers the Orion A molecular cloud, the nearest known massive star factory, lying about 1,350 light-years from Earth, and reveals many young stars and other objects normally buried deep inside the dusty clouds. Image via ESO/ VISTA infrared survey telescope.

You might know that the constellation Orion the Hunter – a prominent sight in the sky at this time of year – is the direction to one of our galaxy’s star-forming regions, a vast stellar nursery where new stars are born. The VISTA infrared survey telescope at ESO’s Paranal Observatory in northern Chile has been surveying this region, and it has obtained some spectacular images, including the one above, released by ESO this week (January 4, 2017). ESO said:

This spectacular new image is one of the largest near-infrared high-resolution mosaics of the Orion A molecular cloud, the nearest known massive star factory, lying about 1,350 light-years from Earth. It was taken using and reveals many young stars and other objects normally buried deep inside the dusty clouds.

The new image from the VISION survey (VIenna Survey In Orion) is a montage of images taken in the near-infrared part of the spectrum by the VISTA survey telescope at ESO’s Paranal Observatory in Chile. It covers the whole of the Orion A molecular cloud, one of the two giant molecular clouds in the Orion Molecular Cloud Complex. Orion A extends for approximately eight degrees to the south of the familiar part of Orion known as the Sword.

ESO said that VISTA is the world’s largest dedicated survey telescope. Its VISION survey has resulted in a catalogue containing almost 800,000 individually identified stars, young stellar objects and distant galaxies. Some more images from this telescope are below. 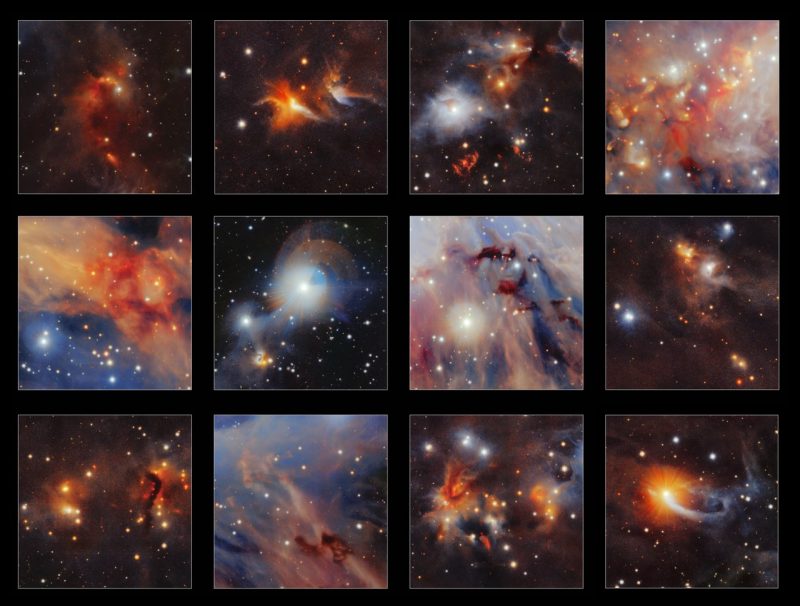 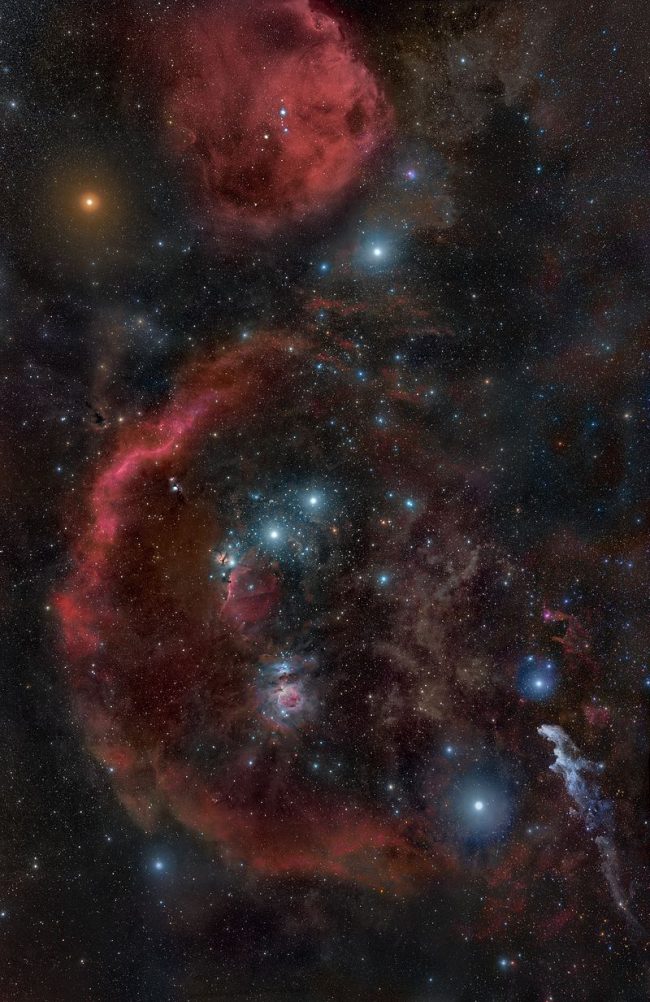 This photo is from the VISTA telescope. Rogelio Bernal Andreo captured it in October 2010. It shows the constellation Orion and its surrounding nebulae, the Orion Molecular Cloud complex. The Great Nebula in Orion is near the center of the photo, and you can also see the Belt of Orion. The Orion A molecular cloud is part of this great cloud complex. Click here for an annotated version of this image. Image via Wikimedia Commons.

Bottom line: News images from ESO’s VISTA infrared survey telescope of Orion A, part of the Orion Molecular Cloud complex, a place in space where new stars are forming.