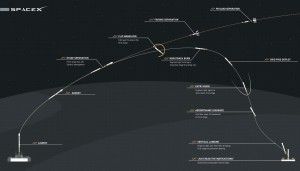 View larger. | Infographic from Space X shows how its Falcon 9 will attempt a first-ever successful soft landing at sea on the upcoming mission to ISS. Image via SpaceX.

Thank you! Your submission has been received!
Oops! Something went wrong while submitting the form.
END_OF_DOCUMENT_TOKEN_TO_BE_REPLACED