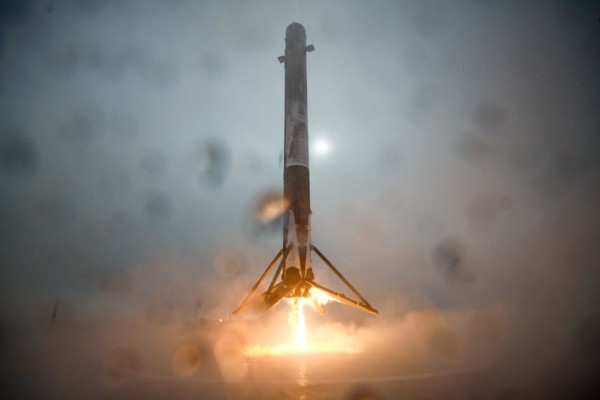 SpaceX Falcon 9 rocket approaches floating drone ship, seconds before tipping over in a spectacular crash. To see the crash, play the Instagram video below. Image via SpaceX.

The private spaceflight company SpaceX did successfully launch an ocean studies satellite called Jason 3 into orbit yesterday (January 17, 2016). It did not succeed, however, in its long-sought goal of bringing the Falcon 9 launch vehicle back to Earth for an upright sea landing.

The rocket made it back to the floating ocean platform yesterday in the Pacific, and it did land upright. But as you can see from the Instagram video below – posted by SpaceX founder Elon Musk – the rocket then tipped and crashed.

Musk said the cause was a landing leg that did not deploy correctly and later said the root cause might have been:

… ice buildup due to condensation from heavy fog at liftoff.

Falcon lands on droneship, but the lockout collet doesn't latch on one the four legs, causing it to tip over post landing. Root cause may have been ice buildup due to condensation from heavy fog at liftoff.

SpaceX was successful in December in landing its rocket upright on land, and it admits sea landings are more difficult. Still, SpaceX said, it wants to have the options for both at-sea and on-land landings.

Alan Boyle at GeekWire – who covered the launch and landing thoroughly – said that yesterday’s sea landing was also because SpaceX wasn’t able to obtain regulatory approval for an on-land touchdown in California.

Boyle said SpaceX eventually hopes to get clearance to use what it calls “Landing Zone 2” on the U.S. West Coast.

SpaceX and other private spaceflight companies want the capability of bringing their rockets back for upright landings to reduce the cost of space travel. 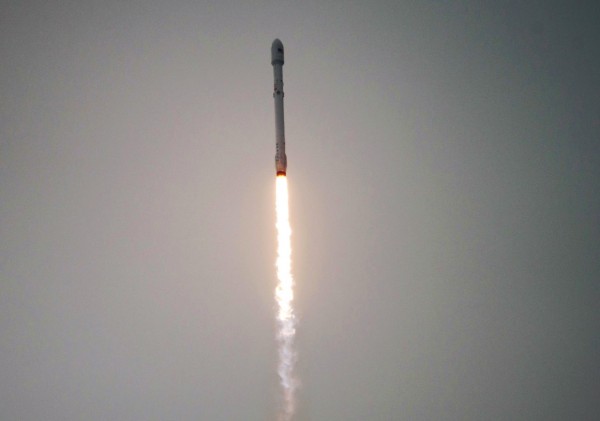 The January 17 launch of the SpaceX Falcon 9 rocket was through heavy fog at Vandenberg Air Force Base in California. Its primary mission was to put the Jason 3 ocean-mapping satellite into orbit, and it did so successfully. The satellite – a project of NASA, NOAA, Eumetsat and the French space agency CNES – will monitor changes in sea level from orbit. Image via NASA.

Well, at least the pieces were bigger this time! Won't be last RUD, but am optimistic about upcoming ship landing. pic.twitter.com/w007TccANJ

Bottom line: SpaceX successfully launched the Jason 3 ocean studies satellite on January 17, 2016. Meanwhile, its attempt to bring back the launch vehicle – a Falcon 9 rocket – and land it upright at sea did not succeed.