Astronauts who spend a minimum of six months in space experience changes in their eyes, according to a new report.

Space flights lasting six months or more can cause a spectrum of changes in astronauts’ eyes, according to a NASA-sponsored study. Some problems, including blurry vision, appear to persist long after an astronaut’s return to Earth. The results are affecting plans for long-duration space voyages with astronauts aboard, such as a trip to Mars.

The report is published in October’s Ophthalmology. 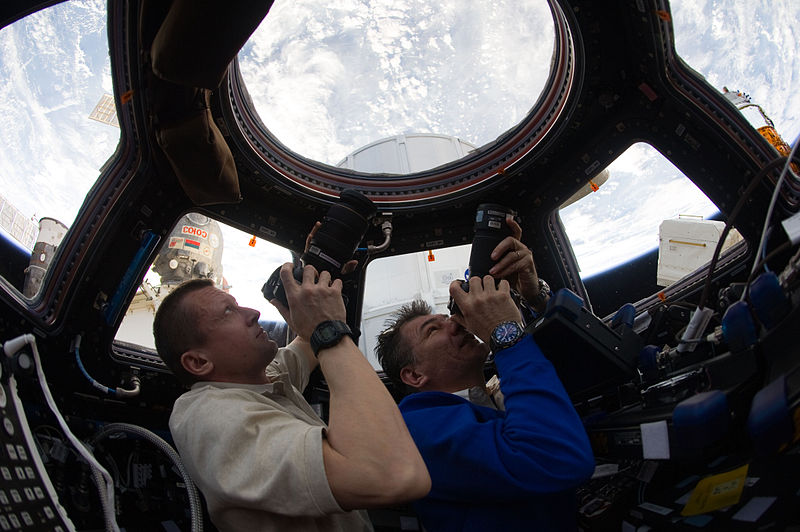 Ophthalmologists Thomas H. Mader, Andrew G. Lee and their team examined seven astronauts — all of whom were about age 50 and had spent at least six continuous months in space — and reviewed the postflight questionnaires regarding in-flight vision changes in 300 additional astronauts.

Of the seven astronauts whom the researchers examined, all reported that their vision became blurry, to varying degrees, while on the International Space Station (ISS). Vision changes usually began around six weeks into the mission and persisted in some astronauts for months after their return to Earth. Mader and Lee agree that the eye abnormalities appear to be unrelated to launch or re-entry, since they occurred only in astronauts who spent extended time in microgravity. 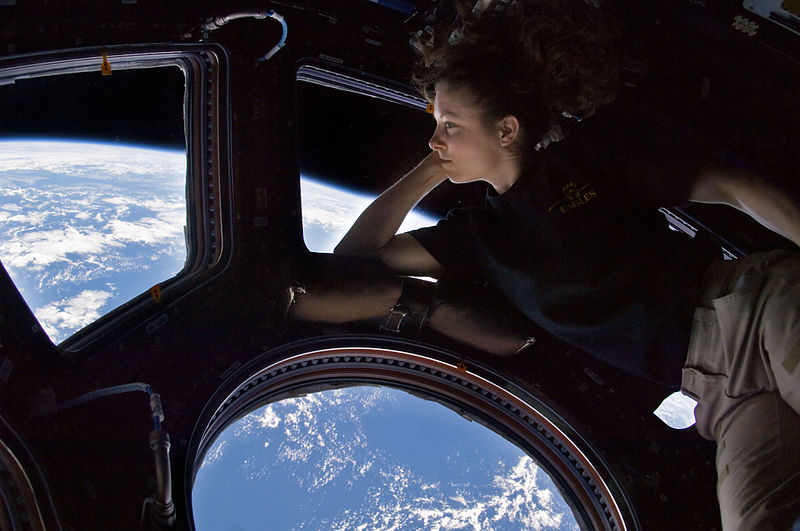 Each of the seven astronauts had one or more of the following changes in the tissues, fluids, nerves and other structures in the back of the eye:

Diagram of human eye. Researchers hypothesize that changes to astronauts’ eyes may result from fluid shifts toward the head that occur when people spend extended time in microgravity. Image Credit: Rhcastilhos

Such abnormalities could potentially be caused by increased intracranial pressure — that is, pressure inside the head. However, none of these astronauts experienced symptoms usually associated with intracranial pressure, such as chronic headache, double vision, or ringing in the ears. Researchers believe other factors may be involved, such as abnormal flow of spinal fluid around the optic nerve, changes in blood flow in the choroid, or changes related to chronic low pressure within the eye. They hypothesize that these changes may result from the fluid shifts toward the head that occur when astronauts spend extended time in microgravity.

The vision changes discovered by the researchers may represent a set of adaptations to microgravity. The degree and type of response appear to vary among astronauts. Researchers hope to discover whether some astronauts are less affected by microgravity and therefore better-suited for extended space flight, such as a three-year round trip to Mars.

An example of the effect of microgravity. The comparison shows the combustion of a candle on Earth (left) and one in a microgravity environment (right), such as that found on the ISS. Via Wikipedia

The survey of 300 astronauts found that correctible problems with both near and distance vision were reported by about 23 percent of astronauts on brief missions and by 48 percent of those on extended missions. The survey confirmed that for some astronauts, these vision changes continue for months or years after return to Earth. The possibility of near vision problems has been recognized for decades, and special “space anticipation glasses” to improve visual sharpness have accompanied all astronauts dating back to John Glenn, who had a pair in his space capsule.

In astronauts over age 40, like non-astronauts of the same age, the eye’s lens may have lost some of its ability to change focus. In the space program’s early days, most astronauts were younger, military test-pilots who had excellent vision. Today’s astronauts tend to be in their 40s or older. This may be one reason we’ve seen an uptick in vision problems. Also, we suspect many of the younger astronauts were more likely to ‘tough out’ any problems they experienced, rather than reporting them.

As part of ongoing research, all astronauts now receive comprehensive eye exams and vision testing. Diagnostic tests include pre- and post-flight magnetic resonance imaging, optical coherence tomography, which magnifies cross-section views of parts of the eye, and fundus photography, which records images of the retina and back of the eye. Intraocular pressure measurement and ultrasound imaging take place in flight, as well as pre- and post-mission.

Bottom line: Ophthalmologists Thomas H. Mader, Andrew G. Lee and their team examined seven astronauts and studied the questionnaires of 300 others, determining that those astronauts who were in space for a minimum of six months experienced various changes in their eyes. The report appears in the October issue of Opthalmology.

Via American Academy of Opthalmology

Scott Dulchavsky trains astronauts to diagnosis their injuries in space

Filling the pantry for the first voyages to Mars

Robert Zubrin on why we should go to Mars