Beautiful image of Comet C/2013 A1 Siding Spring from this weekend. This is the comet that will pass extremely near Mars in October. Thank you, Damian Peach! 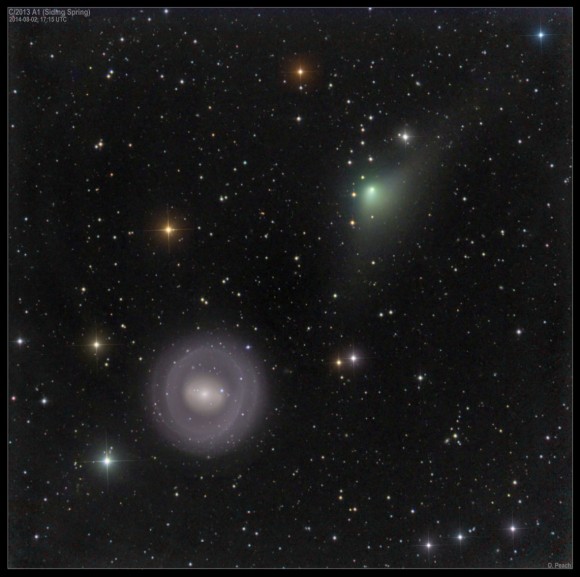 Astrophotographers are capturing wonderful images of Comet C/2013 A1 Siding Spring, including this one of the comet near the ringed galaxy NGC 1291 on August 2. This is the comet that will pass extremely near the planet Mars on October 19, 2014 – some 10 times closer than any known comet has passed to Earth. It won’t strike Mars, but NASA has expressed concern about the potential for the comet’s trail of dust to damage our spacecraft orbiting the Red Planet. The space agency has taken steps to minimize any possible damage.

There’s also the hope we might use the rovers on Mars’ surface to acquire images of the comet. That would be cool.