Smallest, faintest, most numerous galaxies seen yet in distant universe

Normally these remote galaxies would be too faint to see, even with the Hubble Space Telescope. Astronomers used a bizarre trick of nature to photograph them. 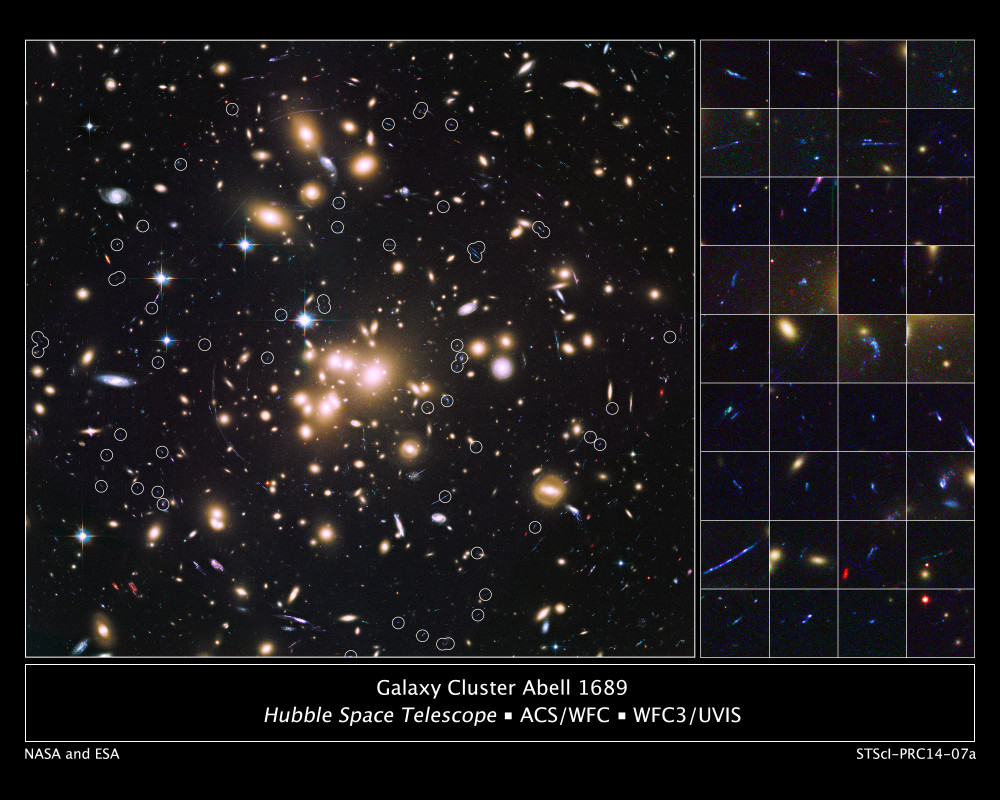 Image via NASA, ESA, and B. Siana and A. Alavi (University of California, Riverside)

Abell 1689 is a galaxy cluster, located 2.5 billion light-years from Earth. The white circles on the image above of Abell 1689 aren’t part of the galaxy cluster. Instead, they are much more distant galaxies, which astronomers say they are:

… the smallest, faintest, and most numerous galaxies ever seen in the remote universe.

Normally these distant galaxies would be too faint to be seen, even by the Hubble Space Telescope. Astronomers used that telescope and the technique of gravitational lensing – by which the intervening mass of Abell 1689 warps the space around itself – in order to locate the distant galaxies. According to a NASA press release:

Gravity warps space, acting like a giant funhouse mirror to stretch and brighten distant objects, allowing Hubble to resolve them.

Using this technique, Hubble was able to photograph the distant galaxies as they appeared more than 10 billion years ago, during their heyday of star birth. The postage-stamp-sized images on the right show 36 of the distant galaxies. Their bright blue color reveals that they are ablaze with newly forming stars.