Meteorite found in Cuba on February 1 2019 Via Hatzel Vela 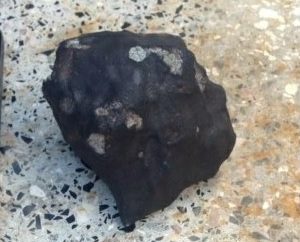 This is a close up of the rocks, which #Cuban scientists confirmed, were fragments from a #meteorite that crashed in the #Viñales area of western #Cuba. @WPLGLocal10 pic.twitter.com/dsIbhZDgeQ

Thank you! Your submission has been received!
Oops! Something went wrong while submitting the form.
END_OF_DOCUMENT_TOKEN_TO_BE_REPLACED

Heads up! Small asteroid to pass very close on April 12

Earth is safe from asteroid Apophis for the next 100 years