Jupiter, Mars, Saturn can all be seen easily on these June evenings.

Look for three planets tonight: Jupiter, Mars, Saturn. All three can be seen easily on these June evenings. You’ll be looking along the ecliptic, or path the sun travels across our sky. The charts below will show you where to look. 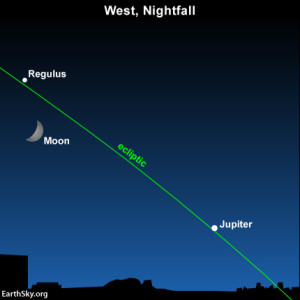 On June 3, 2014 – or any night, anytime soon – look for the planet Jupiter first. It’s the brightest starlike object in the evening sky now, and it’s in the west at nightfall. 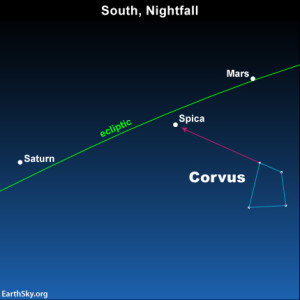 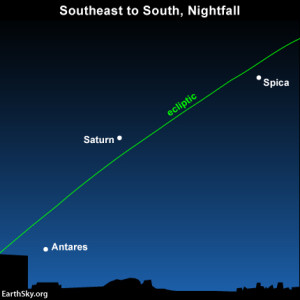 Finally, look for Saturn. It’s ascending in the eastern half of the sky dome as night falls.