The full moon on Friday night and into Saturday morning – the night of October 18-19, 2013 – will undergo a subtle lunar eclipse. It’ll be the last lunar eclipse of 2013. This is a special moon for us anyway, in the Northern Hemisphere: it’s the Hunter’s Moon. This penumbral lunar eclipse is not as striking as a total, or even partial, eclipse of the moon. But very observant people, and/or photographers, might be able to see or capture it. 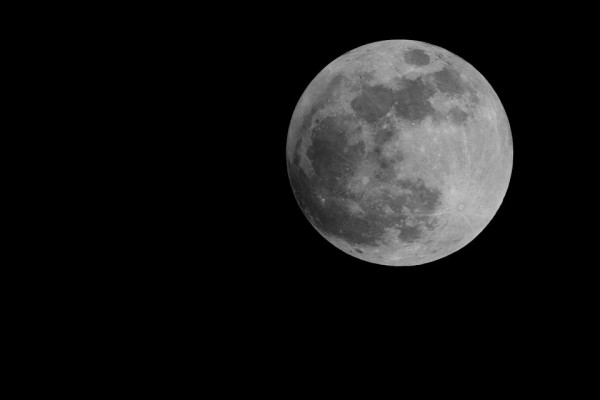 Raj Hardia in Indore, India caught this photo of the November 28, 2012 penumbral lunar eclipse soon after it began. The shadow on the moon is coming from the left in this photo. It’s very, very subtle. 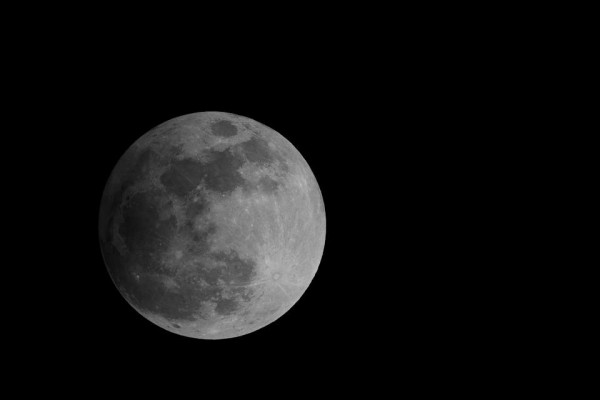 As the November 28, 2012 penumbral lunar eclipse progressed, and more and more of Earth’s light penumbral shadow covered the moon, Raj Hardia in India was able to capture this view. The shadow is still coming in from the left, but now it covers more of the moon. Thank you, Raj! Awesome photos.

Europe and Africa will have the best chance of witnessing the Earth’s penumbral shadow faintly darkening the south side of the moon.

You’re more likely to see the eclipse from Europe or Africa than from North America. As seen from the eastern part of North America, the moon’s disk will already be partially covered over by the Earth’s faint penumbral shadow when this full moon rises in the east at dusk on Friday. For us in the U.S, even as the eclipse is happening, you’ll be seeing the moon low in the sky, peering at it through more atmosphere than when the moon is overhead. Thus this very subtle penumbral lunar eclipse might not even be noticeable.

From Europe and Africa, the penumbral eclipse takes place at late night (instead of evening or morning twilight). It’ll be easier to notice the eclipse from there, because the moon will be high in the sky as the eclipse is taking place.

For the most of Asia, the moon will be in eclipse as its sets at sunrise on Saturday, October 19. Same problem there as in the U.S.: you’ll be looking at the moon through a greater thickness of Earth’s atmosphere than if the moon were overhead.

Mid-eclipse is at 23:50 UTC (7:50 p.m. EDT). That’s when the greatest coverage of the moon by Earth’s penumbral shadow will occur, and it’s when you’re most likely to recognize that something strange is happening on the moon. 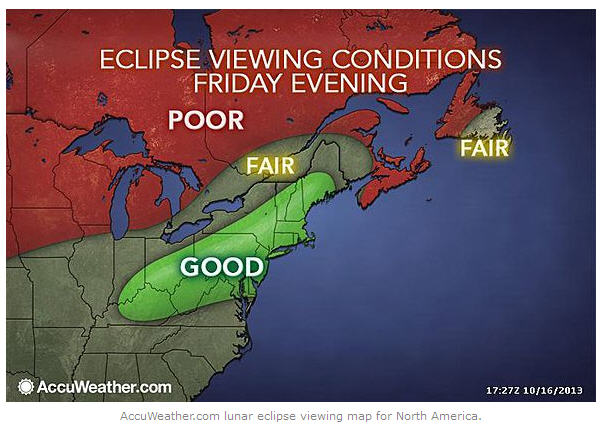 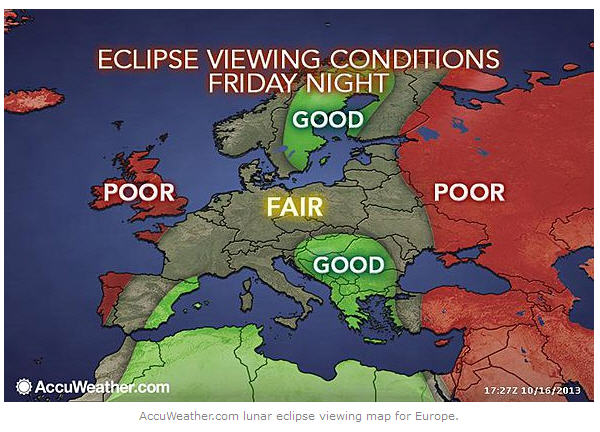 A penumbral eclipse is a very, very subtle kind of eclipse. Will it be noticeable to you? Look and see!

The next easily visible eclipse will be April 15, 2014, seen as either a total or partial eclipse from Australia and eastern Asia across the Pacific to North and South America.

Bottom line: The Hunter’s Moon – a full moon – on the night of October 18-19, 2013 will undergo a subtle kind of eclipse called a penumbral eclipse. At no time will it appear as if a dark bite has been taken from the moon. At mid-eclipse, around 23:51 UTC (7:51 EDT), the moon will appear as if it has a subtle shading draw across it. 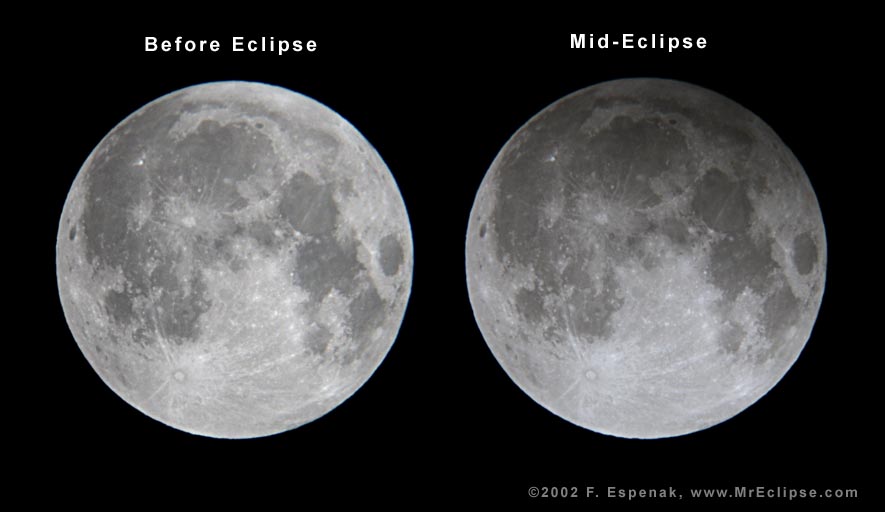 Left, an ordinary full moon with no eclipse. Right, full moon in penumbral eclipse on November 20, 2002. Master eclipse photographer Fred Espenak took this photo when the moon was 88.9% immersed in Earth’s penumbral shadow.

Everything you need to know: Hunter’s Moon 2013