See it! This weekend’s moon and Jupiter

Thank you to all in the EarthSky community who posted photos of the moon and Jupiter on March 29, 2015! 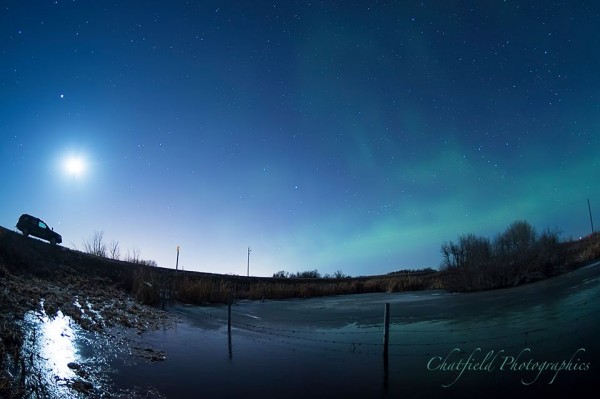 Colin Chatfield in Saskatoon, SK, Canada caught the moon and Jupiter on the morning of March 29 (above truck, on left). On the right is a greenish glow … an aurora! 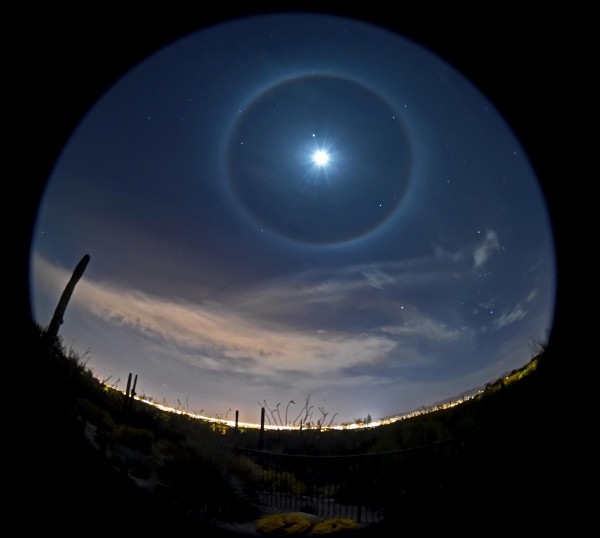 Eliot Herman in Tucson, Arizona wrote, “Looked outside to see the moon and Jupiter, and there was a beautiful halo of the moon enveloping both. Watched the halo for over 2 hours.” 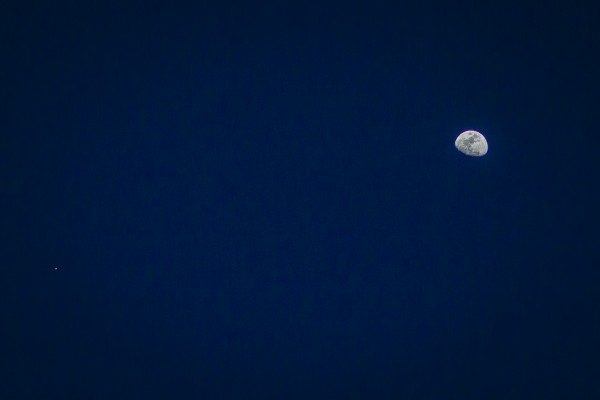 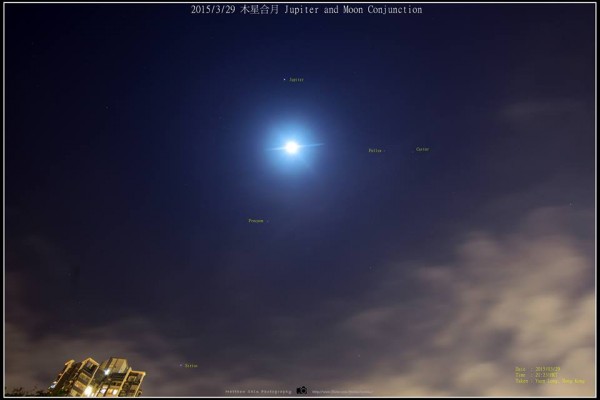 Moon and Jupiter as seen on March 29 by our friend Matthew Chin in Hong Kong. 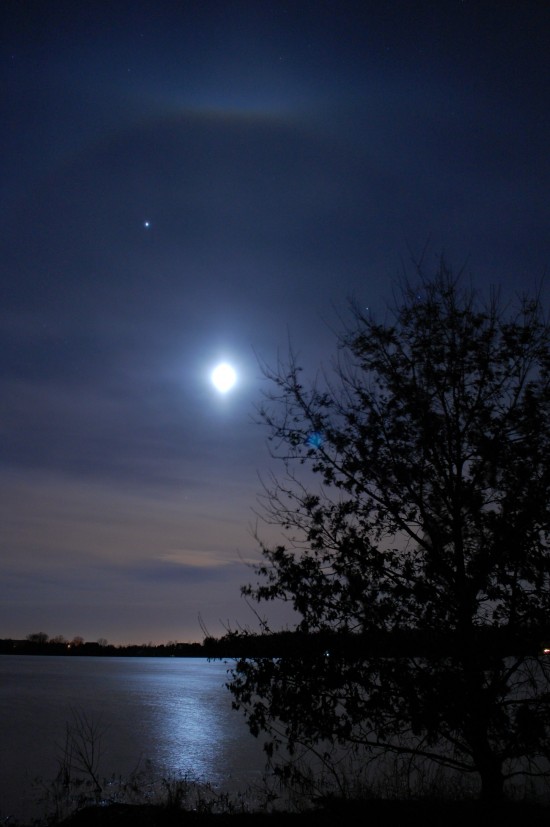 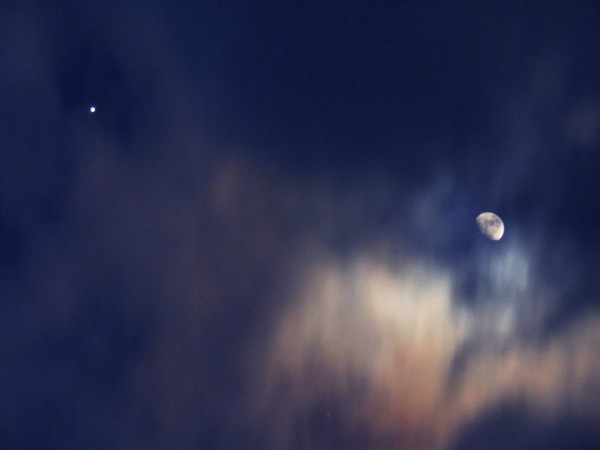 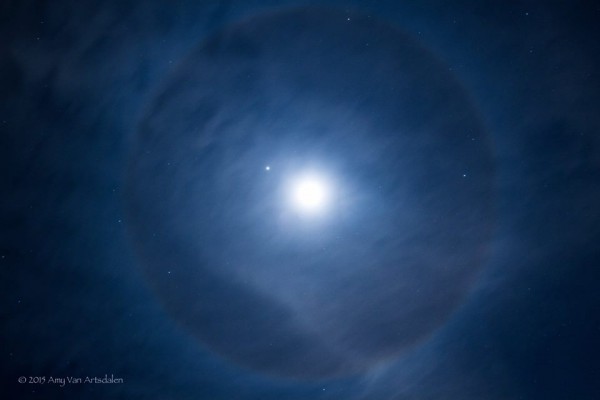 Another lucky shot of the March 29 moon and Jupiter inside a lunar halo, from Amy Van Aartsdalen. 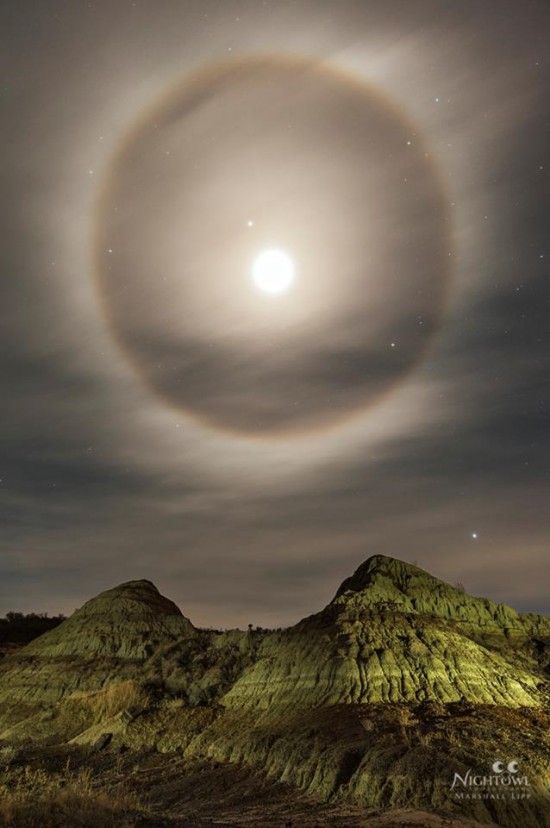 Moon and Jupiter inside a lunar halo – Sunday night, March 29 – from Marshall Lipp in Mandan, North Dakota. What causes a lunar halo. 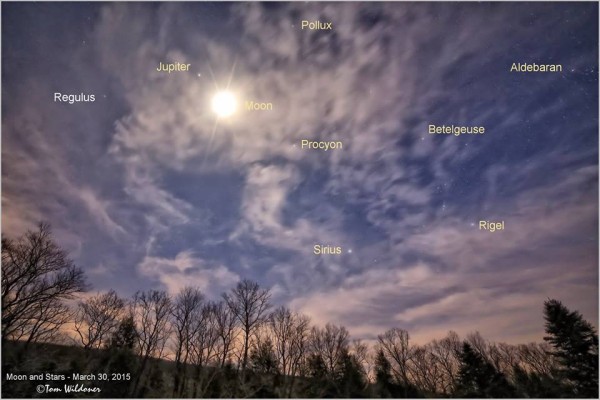 Moon and Jupiter, and surrounding stars, from our friend Tom Wildoner in Weatherly, Pennsylvania.

Bottom line: March 29 2015 moon and planet Jupiter. They were the brightest things in the evening sky, after Venus set. Watch for them on Monday night, March 30, too, when the moon will be between Jupiter and the star Regulus.