Cool video! On September 1, the Earth-orbiting Solar Dynamics Observatory caught both Earth and the moon crossing in front of the sun.

NASA’s Solar Dynamics Observatory, or SDO, has been orbiting high above Earth, in geosynchronous orbit, since 2010. On September 1, it caught both Earth and the moon crossing in front of the sun. NASA said:

Earth completely eclipsed the sun from SDO’s perspective just as the moon began its journey across the face of the sun. The end of the Earth eclipse happened just in time for SDO to catch the final stages of the lunar transit.

We’ve seen these sorts of videos before from SDO, because, as it turns out, from SDO’s perch high above Earth, there are two eclipse seasons for the satellite each year. Other than that, NASA says:

SDO keeps a constant eye on the sun.

And that’s why the craft has been so useful in studying the sun. SDO is part of NASA’s Living with a Star program. It’s designed to study aspects of the connected sun–Earth system that affect life and society. That’s a good thing, as we will all agree, since in recent years scientists have become increasingly aware that powerful storms on the sun can affect earthly electrical grids and our satellites in orbit. Read more about possible killer superflares from the sun.

But back to this September 1, 2016 eclipse as seen by SDO. As it happens, a total solar eclipse was going on for some Earth-based observers as well. The September 1 eclipse was visible from Africa. NASA explained:

The eclipse was what’s known as a ring of fire, or annular, eclipse, which is similar to a total solar eclipse, except it happens when the moon is at a point in its orbit farther from Earth than average. The increased distance causes the moon’s apparent size to be smaller, so it doesn’t block the entire face of the sun. This leaves a bright, narrow ring of the solar surface visible, looking much like a ring of fire.

Read more about the September 1, 2016 eclipse 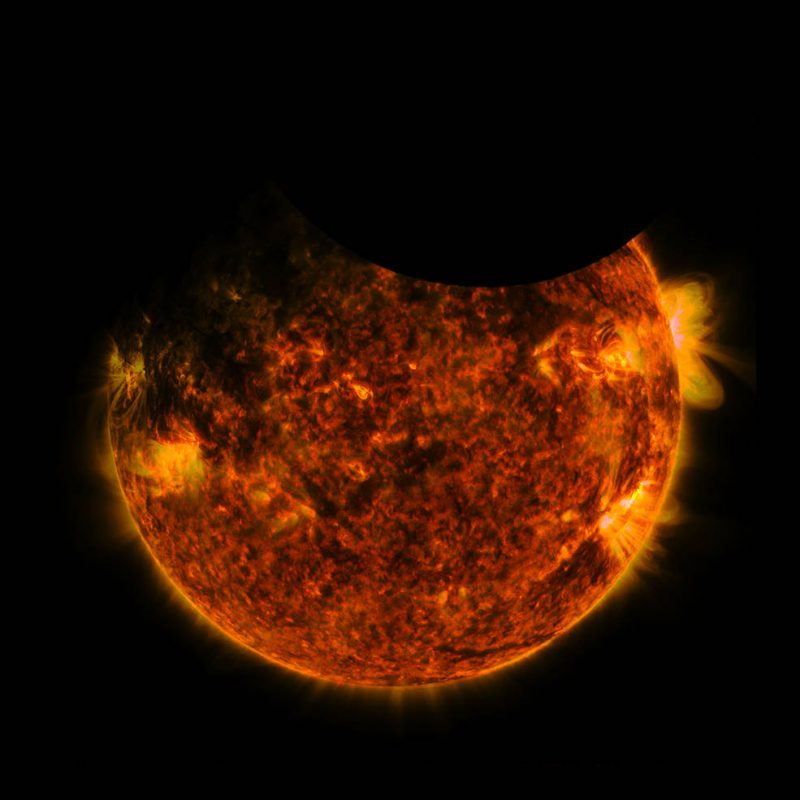 You can tell Earth and the moon’s shadows apart by their edges. Earth’s edge is fuzzy, while the moon’s is sharp and distinct, because Earth has an atmosphere. Image via NASA/SDO.

By the way, NASA released the video below in 2013, when SDO had been providing near-continuous coverage of the sun for three years, at a rate of two images per day. It’s a beautiful, intimate and mesmerizing look at our local star. Read more about this video here.

Bottom line: On September 1, 2016 – as a total solar eclipse was occurring in Africa – NASA’s Solar Dynamics Observatory, or SDO, caught a double eclipse with both the Earth and moon passing in front of the sun. See video here.