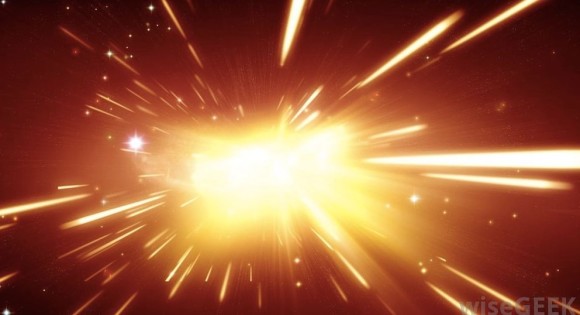 Modern scientists believe our universe began in a Big Bang – the birth of all matter, space and time – some 15 billion years ago. Read more about Big Bang theory at WiseGeek.

Two physicists at the Imperial College London believe they’ve found a way to create matter in the form of electrons and positrons from colliding photons of light. Scientists in 1934 first devised the theory of how to do this, but the practical reality of transforming light to matter – in accordance with Einstein’s famous equation E=mc2 – was thought to be impossible. The new research, published in the journal Nature Photonics, shows for the first time how the theory of light to matter could be proven in practice.

The London scientists propose a “photon-photon collider,” which would convert light directly into matter using technology that is already available. This experiment would recreate a process that was important in the first 100 seconds of our universe and that’s also seen in gamma ray bursts, which are the biggest explosions in the universe and one of physics’ greatest unsolved mysteries.

Professor Steve Rose from the Department of Physics at Imperial College London said:

What was so surprising to us was the discovery of how we can create matter directly from light using the technology that we have today in the UK. As we are theorists we are now talking to others who can use our ideas to undertake this landmark experiment.

Read more about the proposed light-to-matter experiment at Phys.org. 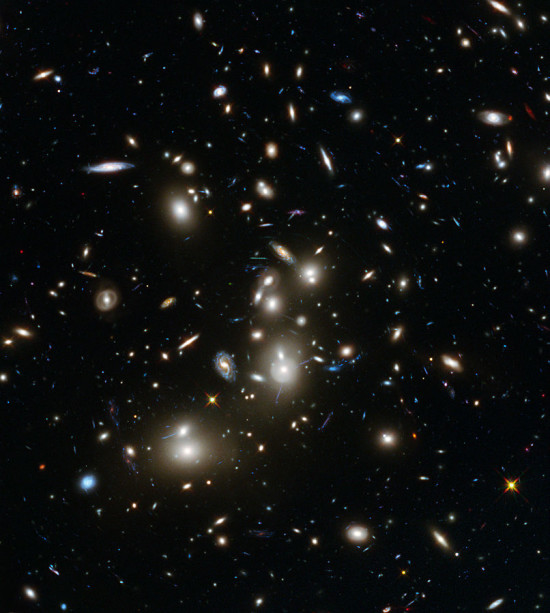 How did the matter in our universe come to be? If Big Bang theory is correct, then light transformed to matter in the early universe. Two UK physicists say they now know how to test the theory of transforming light to matter, thereby gaining insight into the birth of our universe. Read more about this image at Wikimedia Commons.