Saturn’s moon Rhea and the shadow of Saturn’s rings

In this beautiful image, Saturn itself is in the background. The moon Rhea is in silhouette. The dark lines are the shadow of Saturn’s rings. 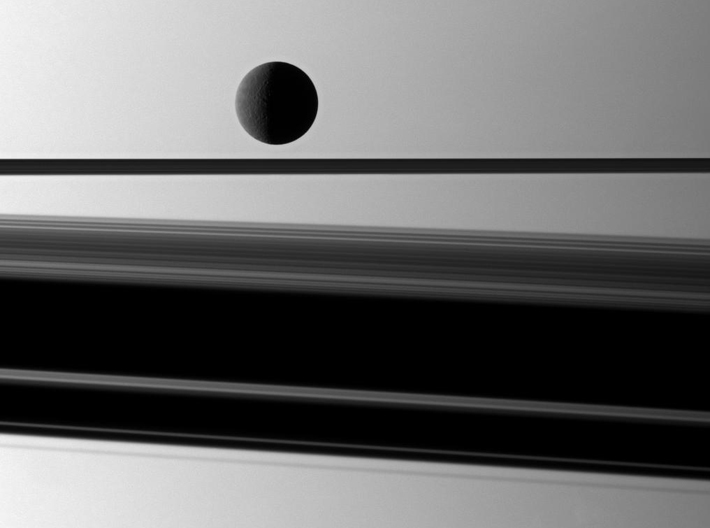 The image was taken in visible green light with the Cassini spacecraft narrow-angle camera on May 8, 2010. The view was obtained at a distance of approximately 2.1 million kilometers (1.3 million miles) from Rhea and at a sun-Rhea-spacecraft, or phase, angle of 101 degrees. Image scale is 13 kilometers (8 miles) per pixel.

Bottom line: Check out this great Cassini spacecraft image of Saturn’s moon Rhea in front of the backdrop of Saturn. In this image, the rings are casting a shadow on the planet.