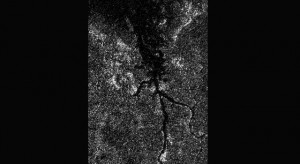 Scientists discover mini Nile on Titan. This image looks very much like the Nile River delta. And there’s even liquid flowing here … but it’s not water.

Thank you! Your submission has been received!
Oops! Something went wrong while submitting the form.
END_OF_DOCUMENT_TOKEN_TO_BE_REPLACED