The Cassini spacecraft is performing a series of “lasts” over the coming year. This week’s sweep past Dione was the second-to-last. 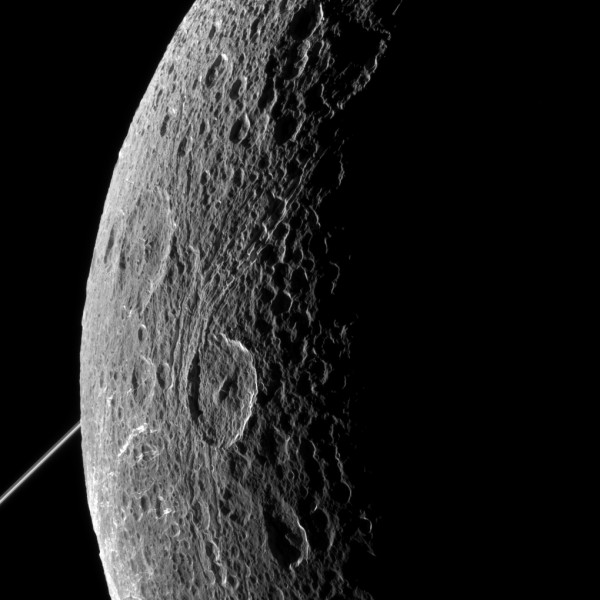 NASA’s Cassini imaging scientists processed this view of Saturn’s moon Dione, taken during a close flyby on June 16, 2015. This was Cassini’s fourth targeted flyby of Dione and had a close approach altitude of 321 miles (516 kilometers) from Dione’s surface. Credit: NASA/JPL-Caltech/Space Science Institute

NASA’s Cassini spacecraft made a close flyby of Saturn’s moon Dione on June 16, 2015, its second-to-last close approach before the spacecraft ends its mission next year. The top two images on this page are the result. Aren’t they beautiful?

This flyby was the fourth targeted encounter with Dione of Cassini’s long mission. Targeted encounters require a propulsion maneuver to precisely steer the spacecraft toward a desired path above a moon. Cassini’s closest-ever flyby of Dione was in Dec. 2011, at a distance of 60 miles (100 kilometers). The spacecraft will fly past Dione one more time, on Aug. 17, swooping within 295 miles (474 kilometers) of the surface. 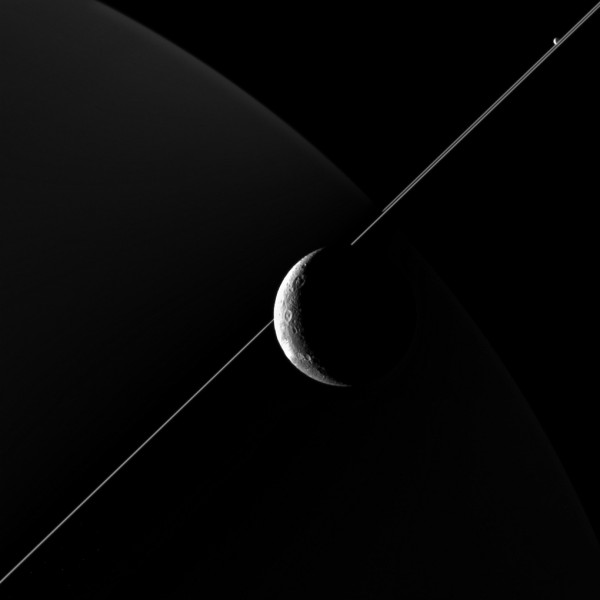 NASA’s Cassini imaging scientists processed this view of Saturn’s moon Dione, taken during a close flyby on June 16, 2015. This was Cassini’s fourth targeted flyby of Dione and had a close approach altitude of 321 miles (516 kilometers) from Dione’s surface. Also making an appearance in this image is Saturn’s geysering moon Enceladus, seen in the upper right, just above the bright line of Saturn’s rings. Credit: NASA/JPL-Caltech/Space Science Institute

During the flyby, Cassini’s cameras and spectrometers observed terrain that includes Eurotas Chasmata, seen in the lower left of the photo at the bottom of this post. The Voyager mission first observed this region 35 years ago as bright, wispy streaks.

Scientists wondered after the Voyager flybys if the bright streaks on Dione were material extruded onto the surface by geologic activity, such as ice volcanoes.

However, during this most recent flyby of Dione, Cassini was trying to detect and determine the composition of any fine particles that might be emitted from this region, which could indicate low-level geologic activity. No word on that so far, but stay tuned as the mission team has a chance to analyze the new Cassini images.

View images from Cassini’s final close approach to the moon Hyperion on May 31, 2015 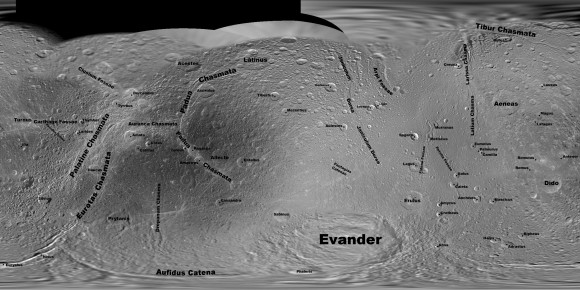 View larger. | Named features on Dione. Eurotas Chasmata is in the lower left. It’s an intricate network of braided canyons with bright walls. Image via NASA / JPL / SSI / mosaic by Steve Albers / map by Jason Perry. Via the Planetary Society. 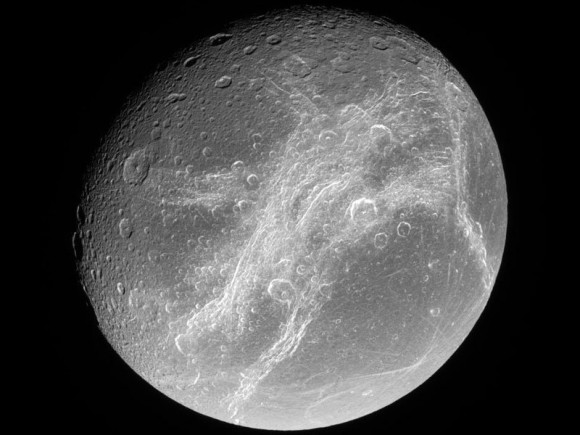 In October, Cassini will make two close flybys of the active moon Enceladus, with its jets of icy spray, coming as close as 30 miles (48 kilometers) in the final pass.

In late 2015, the spacecraft will depart Saturn’s equatorial plane — where moon flybys occur most frequently — to begin a year-long setup of the mission’s daring final year. 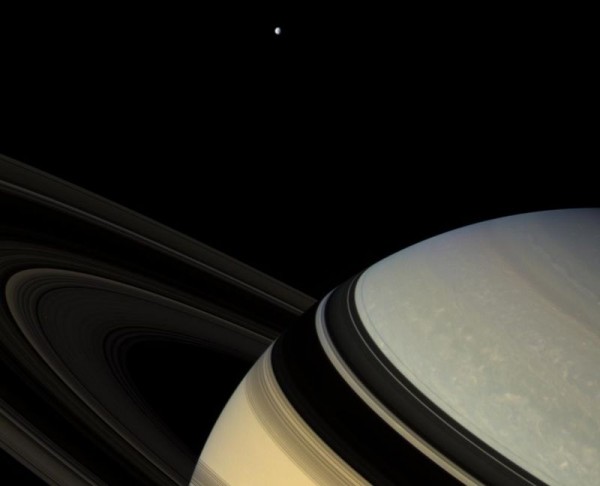 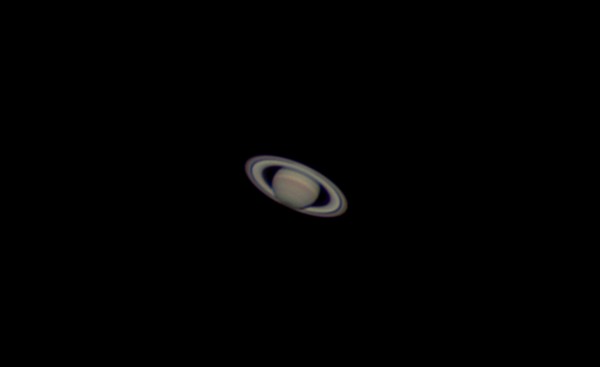 This is an excellent time to see Saturn in the night sky, since Earth recently passed between it and the sun. Photo taken June 13, 2015 by John Nelson at Puget Sound, Washington. Thanks, John! EarthSky planet guide for 2015.