“I would have thought these would be once-a-millennium events, if even that,” said a researcher. Instead, the storms on Titan happen about once a Saturn-year, creating massive floods in an otherwise-desert terrain. 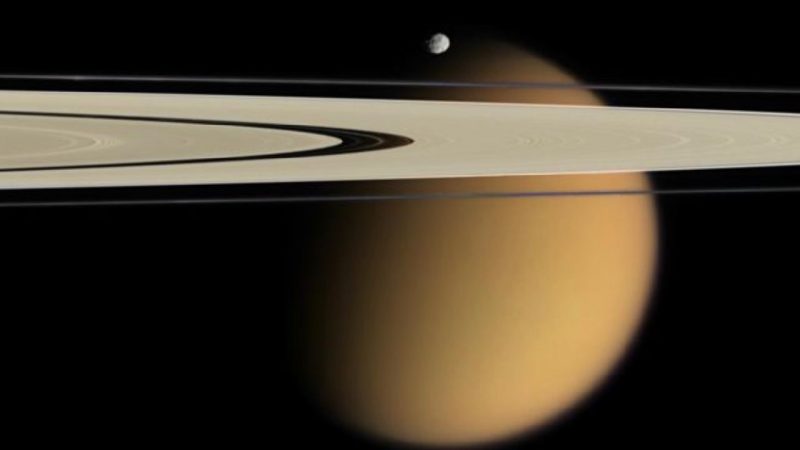 Titan, Saturn’s largest moon, behind the planet’s rings. The much smaller moon Epimetheus is visible in the foreground. Image via NASA/JPL/Space Science Institute/UCLANewsroom.

Scientists with UCLA’s Titan climate modeling research group said on October 12, 2017 that they were surprised by the intensity of the rainstorms on Titan, Saturn’s largest moon. Their new computer models – based on Cassini spacecraft data – show that the most intense storms dump at least a foot (0.3 meters) of rain a day, which “comes close to what we saw in Houston from Hurricane Harvey this summer,” these scientists said. They said these storms can be expected less than once in a Saturn-year (29-and-a-half Earth-years). But, said Jonathan Mitchell, UCLA associate professor of planetary science and a senior author of the research:

I would have thought these would be once-a-millennium events, if even that. So this is quite a surprise.

On Earth, intense storms can trigger large flows of sediment that spread into low lands and form cone-shaped features called alluvial fans. The work of the UCLA researchers is based on recent detections of alluvial fans on Titan, which, these scientists found in their computer model, may have been formed by regional patterns of extreme rainfall. The was published October 9 in the peer-reviewed journal Nature Geoscience. 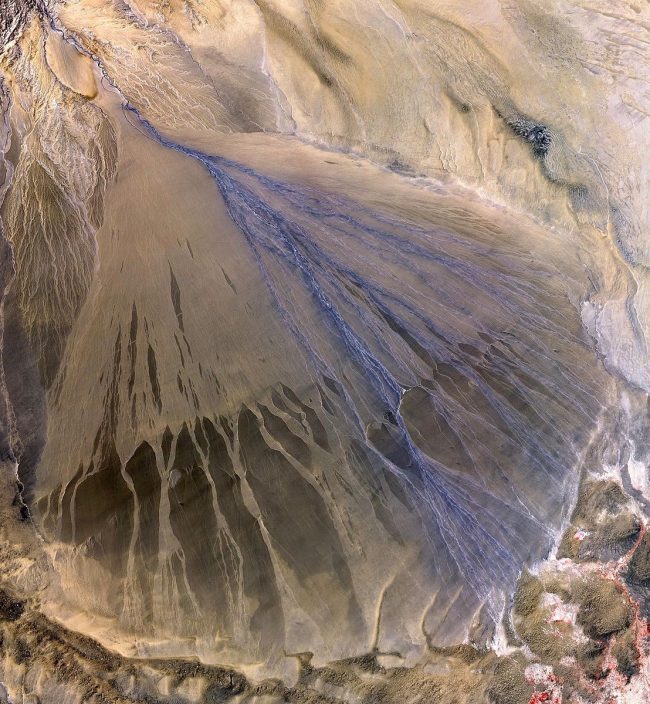 A 60-km-long alluvial fan across a desolate landscape in the Taklamakan Desert in Xinjiang, China. The left side appears blue from water flowing in the many small streams. If the structures on Titan are alluvial fans, they’re formed not by flowing water, but by liquid methane. Image via Wikimedia Commons.

The storms create massive floods in terrain that are otherwise deserts, these scientists said. They pointed out that, in many ways, Titan’s surface is strikingly similar to Earth’s, with flowing rivers that spill into great lakes and seas. They said the moon has storm clouds that bring seasonal, monsoon-like downpours.

But these rivers, lakes, seas and storms aren’t related to water. Instead, on Titan, the precipitation is liquid methane.

Read more about this study via UCLANewsroom 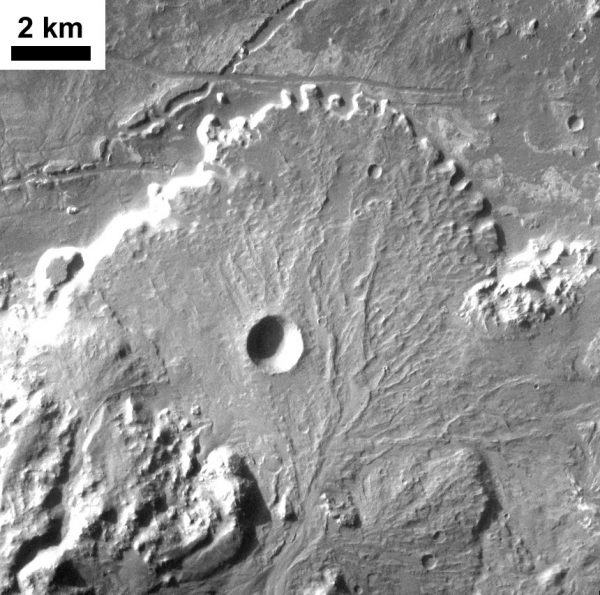 A large alluvial fan in the southern floor of Holden crater, showing inverted (positive-relief) distributary channels that were preserved while wind stripped away fine-grained sediment between them. THEMIS visible imaging, 17 m/pixel. Image via PlanetaryGeomorphology. 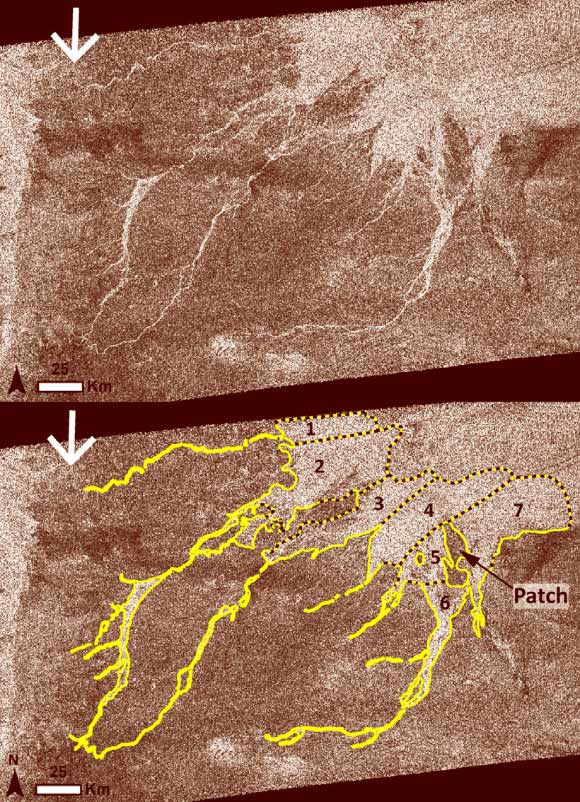 Bottom line: UCLA climate modelers said they were surprised by the intensity of the rainstorms on Titan, Saturn’s largest moon. Their new work shows the most intense storms dump at least a foot (0.3 meters) of rain a day and can be expected about once in a Saturn-year (29-and-a-half Earth-years).