After the Soyuz MS-14’s first automated approach to the ISS was aborted due to a malfunction, the spacecraft has now docked safely at the station’s Zvezda module. It carries supplies for the crew and a humanoid robot. 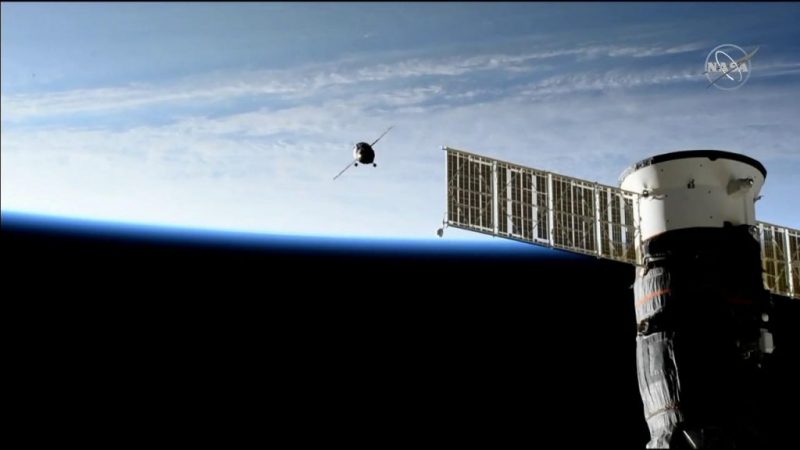 The Soyuz MS-14 spacecraft, in the distance, approaches the ISS, with Soyuz MS-13 in the foreground. Via NASA.

Roscosmos – the Russian space agency – launched its Soyuz MS-14 spacecraft on August 22, 2019, to the International Space Station (ISS). The mission was initially scheduled to dock at the station’s space-facing Poisk module on August 24, 2019. However, the spacecraft was commanded to back away when a malfunction of equipment on the ISS prevented it from locking on to the module. The spacecraft successfully carried out a second docking attempt on August 26. The Soyuz carries 1,450 pounds (658 kg) of cargo containing food and medical supplies, and equipment to aid scientific experiments. Plus it carries Skybot F-850 – a humanoid robot – that will be tested for its functional capabilities in microgravity. The ISS took to Twitter to confirm Soyuz MS-14’s arrival:

The Soyuz MS-14 is home at the Zvezda module! Contact and capture confirmed at 11:08 pm ET. https://t.co/cBNqC5JGaz pic.twitter.com/vc04xod0sm

The spacecraft with its robot cargo is currently at the station’s Zvezda module; Zvezda is Russian for star. 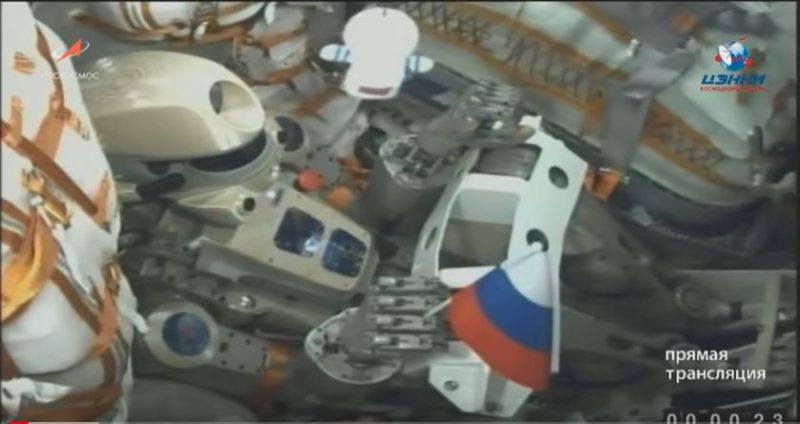 Skybot is seen sitting in the commander’s seat of the Soyuz MS-14 spacecraft. It also holds Russia’s flag in its hand. Image via Roscosmos.

The unmanned spacecraft lifted off without any hitches onboard the Soyuz 2.1a rocket booster from the Baikonur Cosmodrome in Kazakhstan. In addition to testing the humanoid robot Skybot, the mission also aims to assess the spacecraft’s new motion control and navigation systems. The spacecraft’s compatibility with the 2.1a rocket will also be studied since Roscosmos aims to use the rocket to launch Russian crews beginning in spring 2020. 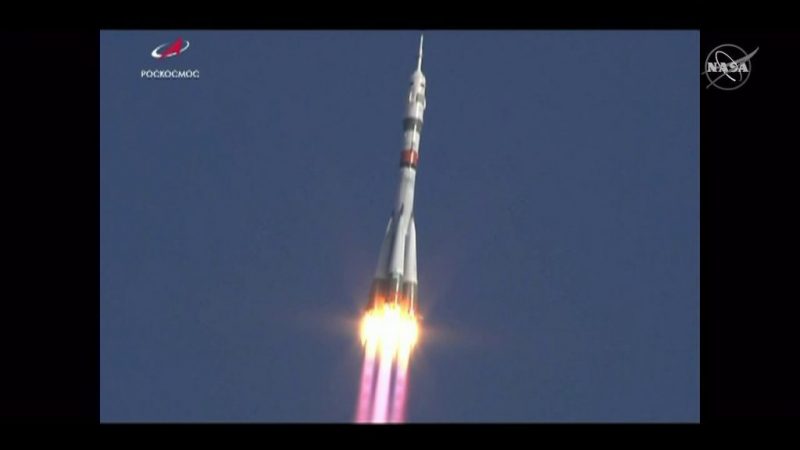 The Soyuz MS-14 spacecraft launches from the Baikonur Cosmodrome in Kazakhstan. Image via NASA.

After two smooth days into its journey, only when the spacecraft was within about 300 feet (100 meters) of its original target – the ISS’ Poisk module – on August 24 was the fault in the station’s telemetry detected. To ensure the safety to the crew aboard the ISS, the docking of Soyuz MS-14 was called off and the spacecraft moved a safe distance away.

The unpiloted Soyuz MS-14 spacecraft has safely backed away from the space station after its approach was aborted at 1:36am ET. https://t.co/2igm0cn1Dr pic.twitter.com/FRWusLQNhk

Bottom line: Russia’s Soyuz MS-14 spacecraft has docked safely at the station’s Zvezda module. It carries supplies for the crew and a humanoid robot.