If a double star system – one with planets – encountered the giant black hole at the center of our Milky Way, the result might be a runaway planet.

Astronomy is wonderful for stretching the imagination, and last week (March 22, 2012) astronomers announced an idea that did that, in spades. It centers on a concept called hypervelocity planets, also called runaway planets – hypothetical planets not bound to any star – propelled outward through the space of our Milky Way by an encounter with the galaxy’s giant central black hole. No planet like this has been found. But new research indicates such planets might exist, and, if so, some of them move through space at a few percent of the speed of light – up to 30 million miles per hour.

Seven years ago, astronomers boggled when they found the first runaway star flying out of our galaxy at a speed of 1.5 million miles per hour. The discovery intrigued theorists, who wondered: If a star can get tossed outward at such an extreme velocity, could the same thing happen to planets? 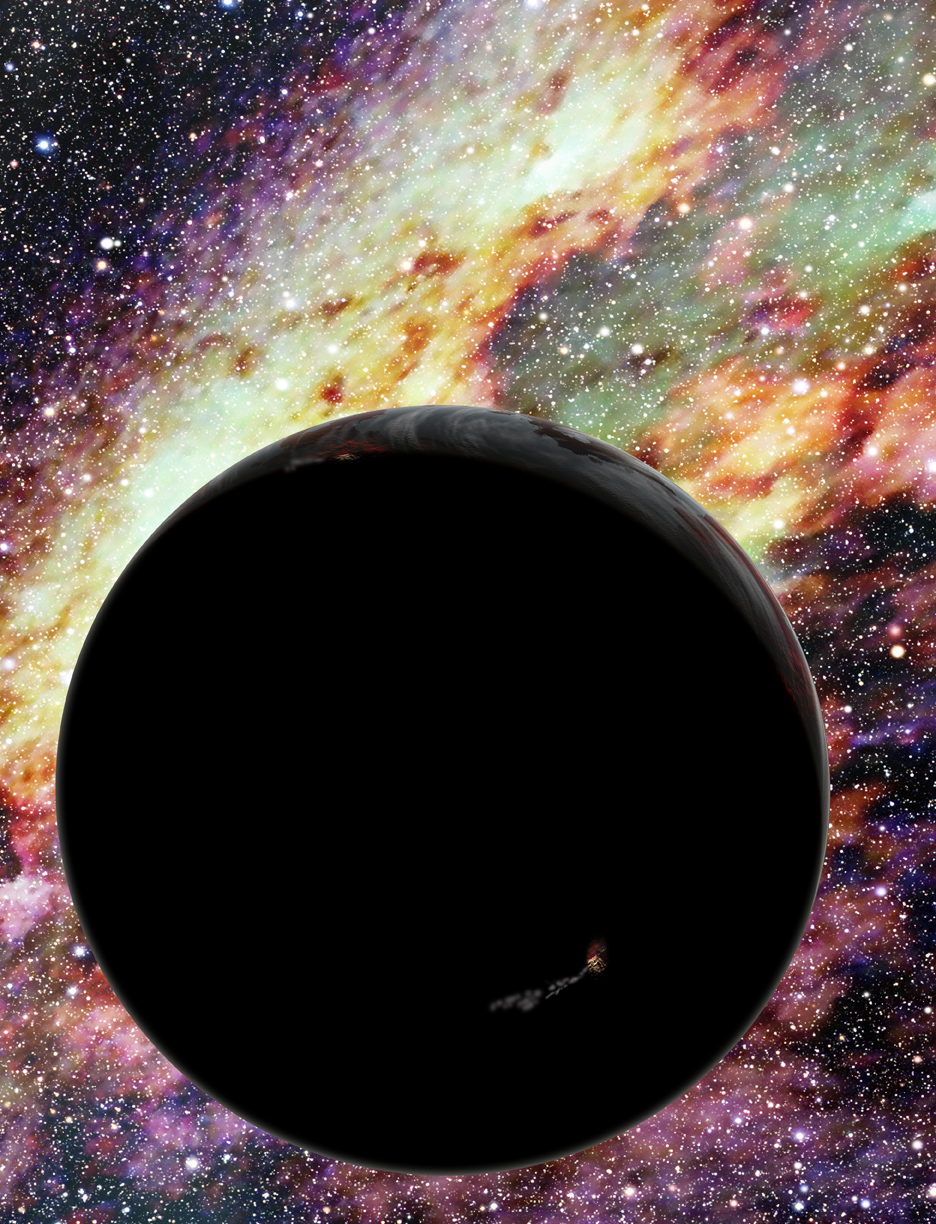 Artist’s concept of runaway planet zooming through interstellar space. New research suggests that the supermassive black hole at our galaxy’s center can fling planets outward at speeds several percent of the speed of light. Eventually, such worlds will escape the Milky Way and travel through the lonely intergalactic void. In this illustration, a glowing volcano on the planet’s surface hints at active plate tectonics that could conceivably keep the planet warm. Image Credit: David A. Aguilar (CfA)

Astrophysicist Avi Loeb of CfA – and Idan Ginsburg and Gary Wegner, both of Dartmouth College – conducted this research, which was published on March 14, 2012 in the Monthly Notices of the Royal Astronomical Society. Loeb was quoted as saying that life on a runaway planet would be a “wild ride.” He said:

These warp-speed planets would be some of the fastest objects in our galaxy. If you lived on one of them, you’d be in for a wild ride from the center of the galaxy to the universe at large.

Hypervelocity stars were proposed in 1988 – the hypothetical result of a double star system sweeping too close to the supermassive black hole known to exist at our galaxy’s heart. Any such system coming too close to the black hole, it was found, would result in one star being consumed (or at least captured into orbit around the black hole), while the other is flung violently outward at enormous speed. The first hypervelocity star – now called SDSS J090745.0+024507 – was discovered by astronomers in Arizona in 2005. This object is moving at more than twice the velocity needed to escape the Milky Way and is expected to leave our galaxy altogether within 80 to 100 million years. 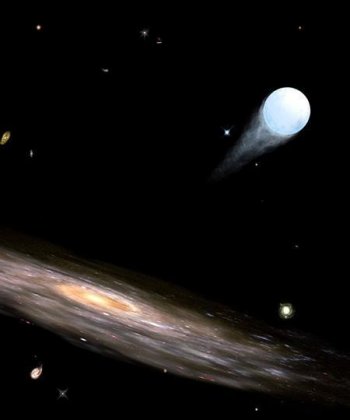 Artist’s concept of a hypervelocity star escaping our Milky Way galaxy. These stars were first proposed in 1988. The first one was discovered in 2005. Runaway planets would form in much the same way as hypervelocity stars. Artwork: Ruth Bazinet, CfA

According to Loeb, Ginsburg and Wegner in their study, hypervelocity planets would be produced in the same way as hypervelocity stars – via a close encounter with our Milky Way’s central black hole.

In other words, for this study, the researchers simulated what would happen if a double-star system sweeping near the Milky Way’s central black hole also had planets. Planets in double-star systems are known. What’s more, planets are now thought to be exceedingly common in the galaxy. So this scenario is not unlikely.

They found that the star ejected outward could carry its planets along for the ride. The second star, as it’s captured by the black hole, could have its planets torn away and flung into the icy blackness of interstellar space at tremendous speeds.

A typical hypervelocity planet would slingshot outward at 7 to 10 million miles per hour. However, a small fraction of them could gain much higher speeds under ideal conditions.

If these zooming worlds do exist, how might they be detected? A lone runaway planet could not be found with existing technology. But, these astronomers say, it might be possible to spot a planet orbiting a hypervelocity star by watching for the star to dim slightly when the planet crosses its face in a transit. The press release said:

For a hypervelocity star to carry a planet with it, that planet would have to be in a tight orbit. Therefore, the chances of seeing a transit would be relatively high, around 50 percent.

Ginsburg mentioned that the “one-in-two odds of seeing a transit” makes watching for them worthwhile.

Do these guys have fun jobs or what?

Bottom line: A few years ago, astronomers discovered hypervelocity stars in some cases moving at speeds nearly twice that needed to escape the confines of our Milky Way galaxy. On March 22, 2012, astronomers released a press announcement centered on a concept of hypervelocity planets, or runaway planets – hypothetical planets not bound to any star – propelled outward through the space of our Milky Way by the galaxy’s central giant black hole. Astrophysicist Avi Loeb of CfA – and Idan Ginsburg and Gary Wegner, both of Dartmouth College – conducted this research, which was published on March 14, 2012 in the Monthly Notices of the Royal Astronomical Society.