You really need traditional red-blue 3-D glasses to appreciate the image below fully. If you have them, put the red side over your left eye. But it’s a pretty cool image without the glasses, too – a 3-D image from NASA’s Curiosity on Mars. 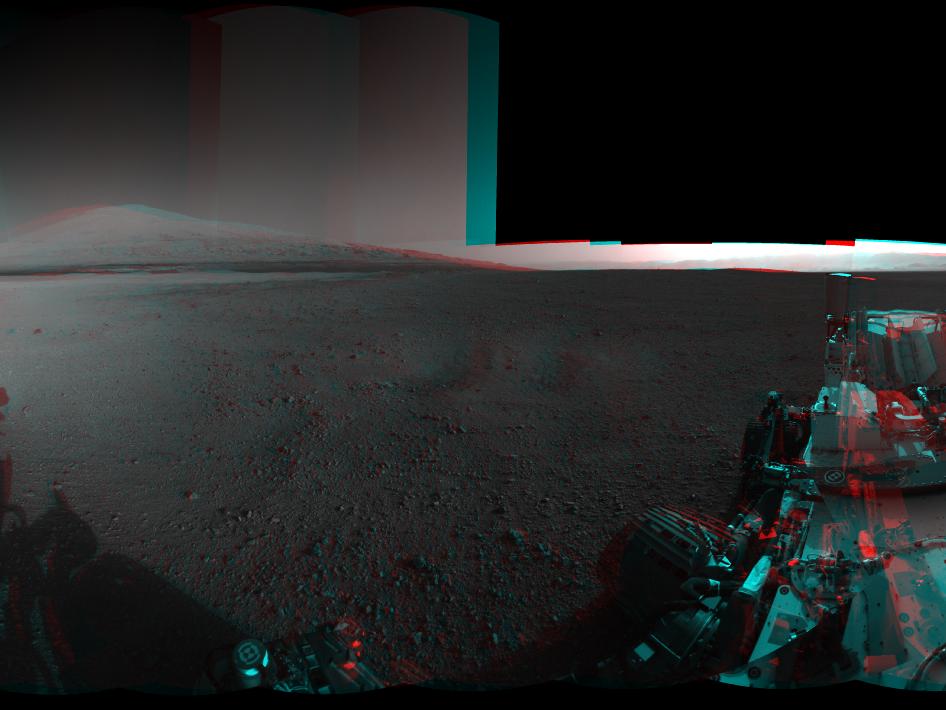 Curiosity 3-D view of landing site on Mars via NASA/JPL-Caltech. Click here to expand this image.

Curiosity obtained these images of its landing site – which space scientists are now calling the Bradbury Landing site after Ray Bradbury, whose 1950 short story collection The Martian Chronicles probably inspired more than a few of these scientists. Curiosity’s Navigation camera used its left and right “eyes” to capture the image.

Between the rover on the right, and its shadow on the left, looms the rover’s eventual target: Mount Sharp. But before it goes there, it’s taking a detour toward another place of interest nearby, called Glenelg.

This full-resolution, 360-degree stereo panorama was taken on Sols 2 and 12 of the mission – that is, on the 2nd and 12th Martian days since Curiosity landed within the Gale Crater – or on August 8 and 18, 2012 according to earthly calendars.